WASHINGTON, D.C. — In exclusive comments to Breitbart News on Saturday, the Press Secretary for the Vice President, Marc Lotter, pushed back against claims from six Republican “sources” that there is division between the Trump and Pence teams. 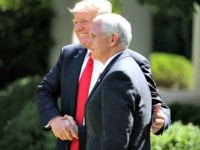 Although former Federal Reserve Chairman Alan Greenspan said the UK referendum to leave the EU was a “terrible mistake” that led to a “terrible outcome in all respects,” he now expects “Brexit” will cause an inevitable return to the “gold standard.” 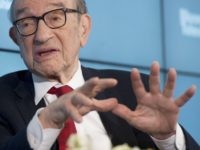 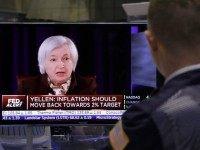 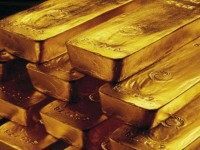 Jackson Hole — This town in Wyoming just hosted three economic events: The Federal Reserve Bank of Kansas City’s annual Jackson Hole retreat and two others to respond to the Fed’s mismanagement the economy: the Fed Up group, demonstrating against increasing interest rates, and the American Principles Project (APP). 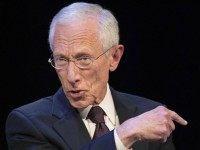 How America Can Link its Currency Back to Gold Standard

Judy Shelton, Ph.D. closed out the conservative Jackson Hole Summit this past weekend by offering a practical pathway to re-restore the U.S. dollar as a gold-backed currency without economic disruption by having the Fed pledge about 7 percent of America’s gold in Fort Knox as collateral to issue gold-convertible Treasury Bonds.

The sold-out Jackson Hole Summit, which seeks to be a conservative counter-balance to the Kansas City Federal Reserve’s Jackson Hole Symposium, kicked off with a fascinating history lesson by a Director of the Council on Foreign Relations on how the Bretton Woods Conference at the end of WW II led to the massive monetary expansion of Federal Reserve and impoverishment of America.