The Chinese Communist Party forcibly repatriated 1,114 Chinese nationals in 2021 through a state-run program called Skynet according to the findings of a report published by the human rights NGO Safeguard Defenders on Tuesday.

“At current speed, based on official [Chinese] government data, the total number of people returned via Skynet would have surpassed 10,000 sometime in December 2021, the majority being involuntary returns,” according to the report.

The Chinese Communist Party formed Skynet in 2015 as an upgraded version of a similar program called Fox Hunt launched in 2014. Beijing formed the twin entities in an alleged effort to “repatriate and return” an estimated 18,000 Chinese government officials who reportedly fled China after Chinese Communist Party General Secretary Xi Jinping came to power in 2013, according to Safeguard Defenders.

China Daily, a Chinese government newspaper, described Foxhunt as targeting “corrupt officials and suspected economic criminals who have fled the country” when it reported on Skynet’s debut in March 2015. It noted that China’s Ministry of Public Security, which directly administered Fox Hunt, would “continue to focus on detaining fugitive suspects implicated in corruption cases” through Skynet. China Daily is owned by the Chinese Communist Party’s Publicity Department.

China’s ruling Communist Party has explored “alternative” means of extradition to return alleged Chinese fugitives to their homeland through the joint Fox Hunt-Skynet operation since 2014, according to Safeguard Defenders’ January report. The Communist Party adopted such measures due to extradition laws that vary greatly across the globe and effectively hamper Beijing’s forced repatriation attempts.

According to Safeguard Defenders, Beijing’s “non-traditional” extradition methods include: “threatening” a fugitive or suspect’s family in China; sending Chinese security agents to a foreign country hosting the suspect to “intimidate” him or her into returning home; and “direct kidnappings.” 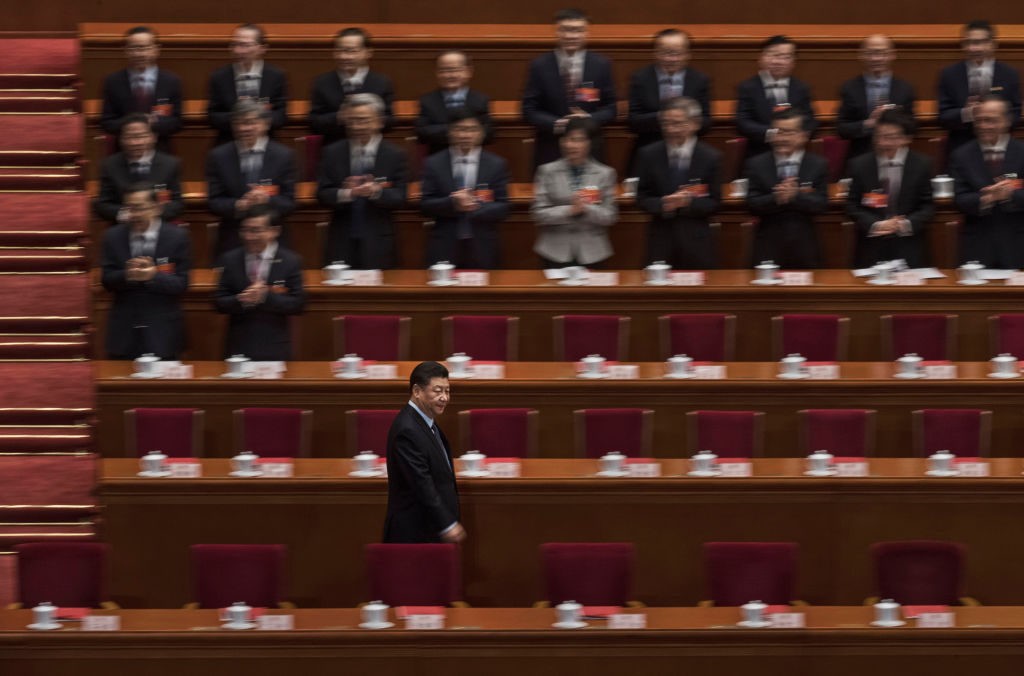 China’s ruling Communist Party established a “legal framework … as late as 2018 to legalise and regulate repatriations including involuntary returns that have been carried out in over 120 countries,” Safeguard Defenders recalled on January 18.

“This includes an official legal interpretation outlining the use of kidnapping,” the NGO observed.

“In some cases, China uses involuntary returns first,” the report detailed. “If this fails, it then moves on to legal methods – extradition or deportation under immigration law.”

The Communist Chinese regime declared there will be no further examinations of the origins of the coronavirus in China, flatly rejecting calls for new studies. https://t.co/mdnRiieu4a

Safeguard Defenders, which is a registered European Union (E.U.) “foundation,” previously reported on November 30, 2021, that China’s ruling Communist Party had forcibly extradited over 600 Taiwanese nationals to China between 2016 and 2019.

Beijing considers Taiwan to be a “renegade” province of China and has increased efforts to intimidate the island and its nationals in recent months.

Taiwan is an independent island nation located off the southeast coast of China. It operates according to its own democratically elected government and commands its own military. The island is highly coveted by Beijing due in large part to its valuable semiconductor industry, which produces nearly all of the world’s supply of microchips.