Houston area #BlackLivesMatter supporter Monica Foy took to Twitter to insist that slain Sheriff’s Deputy Darren Goforth deserved to be executed and implied his “creepy perv eyes” were somehow justification for why he was shot from behind and then had a 15-round magazine unloaded into his lifeless body. Foy lives in the Woodlands, just north of Houston, Texas. 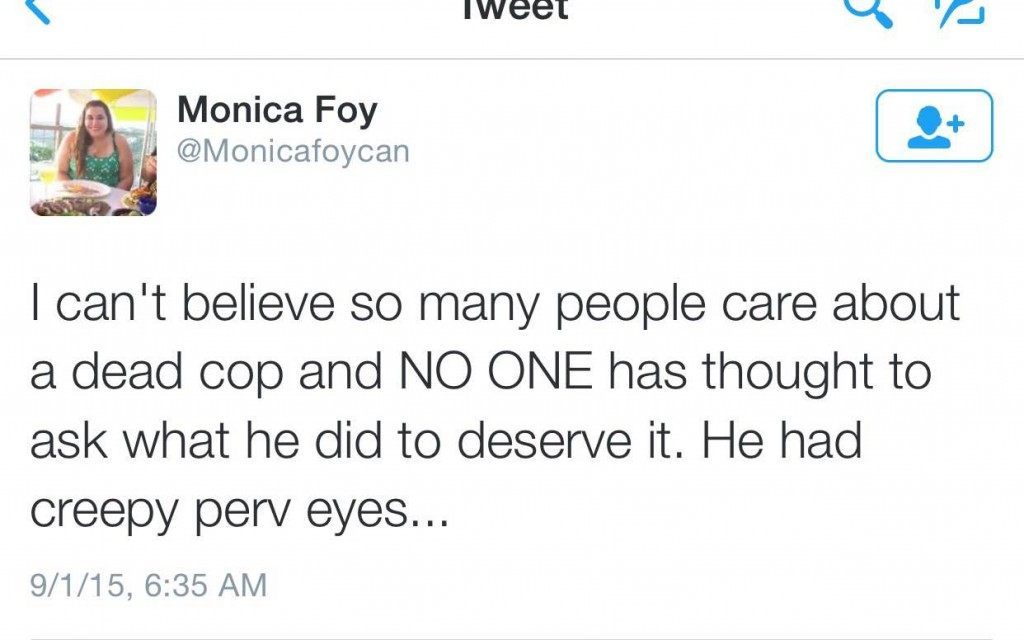 Foy deleted the tweet after numerous individuals began criticizing her on the social media platform. Immediately prior to the offending tweet, Foy tweeted her support for #BlackLivesMatter. Her Facebook account shows that she studies English literature at Sam Houston University.