President Joe Biden and his deputies have allowed more than 600,000 migrants to come across the porous southern border in just six months since his January inauguration.

The huge inflow adds up to one migrant for every three children born in the United States during the same period in 2020.

The post-January 20 southern 600,000 inflow includes the 327,501 migrants allowed through the border into the United States under Title 8 of the nation’s immigration laws, plus the roughly 300,000 “got-away” migrants who evaded the U.S. border patrol.

The inflow total does not include the migrants blocked at the border, nor the usual inflow of one million legal immigrants per year into a nation where roughly 3.7 million babies are born each year.

On July 15, the Department of Homeland Security (DHS) statement showed that roughly 327,500 migrants were allowed entry between January 20 midday and June 30, despite the powerful Title 42 law, which allows officials to exclude all migrants during an epidemic.

The Title 8 inflow includes roughly 235,000 adults and related children, plus 75,000 left-behind children and job-seeking youths who were accompanied to the border by coyotes. 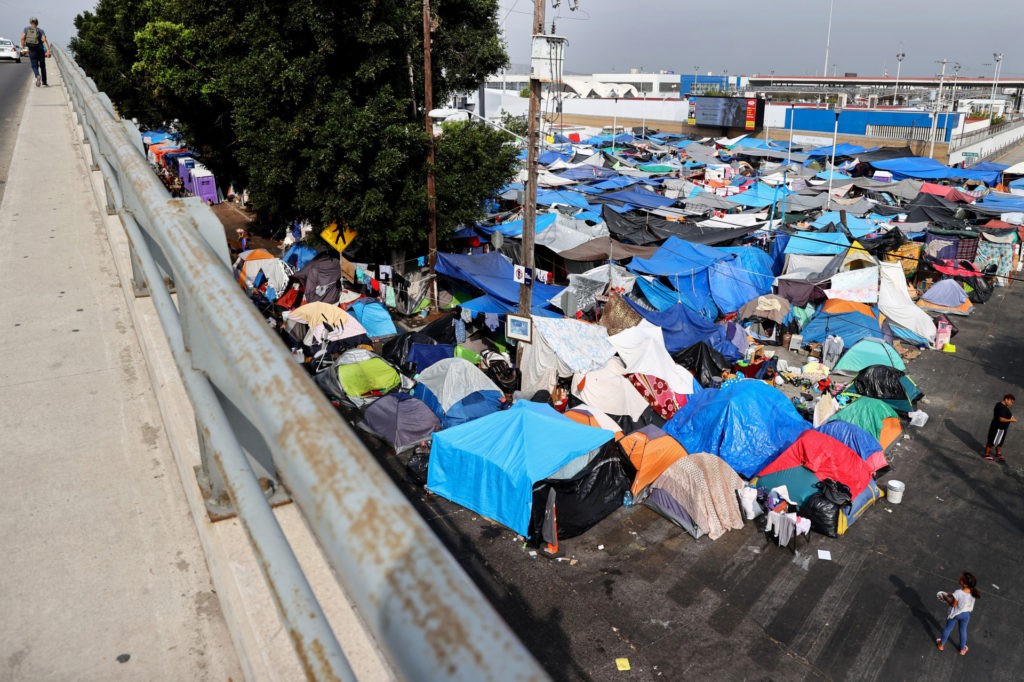 Asylum-seeking migrants gather at a makeshift camp on the Mexican side of the San Ysidro Port of Entry on July 22, 2021 in Tijuana, Mexico. Around 2,000 migrants are waiting at the camp for the opportunity to apply for asylum in the United States. (Mario Tama/Getty Images)

A DHS source leaked the estimate of 300,000 got-aways from October 1 to mid-July to Breitbart News on July 22. The got-asway number suggests that Biden’s deputies have allowed at least 400,000 foreign job-seekers into the United States.

The combined number is large because DHS chief Alejandro Mayorkas is carefully opening many side doors in the border for migrants. For example, he has gradually raised the number of migrants who get through the Title 42 health barrier, from 14,000 in January up to 83,922 in June. That number is 25 times as many as the 3,320 migrants allowed through Trump’s Title 42 barrier in June 2020.

Mayorkas is also making it easier for economic migrants to sneak past the border.

In 2020, only about 69,000 migrants successfully got past Trump’s border, at a rate of roughly 5,750 migrants per month. However, under Mayorkas’ lenient policies, the rising inflow brought 50,000 illegal migrants across from mid-June to mid-July, an agency source told Breitbart News.

Also, Mayorkas has largely abolished deportations and worksite actions by the Immigration and Customs Enforcement agency for the migrants who do sneak past the border. And his fellow Democrats are promising to amnesty all migrants who can persuade Democrat-overseen clerks that they arrived before January 2021. 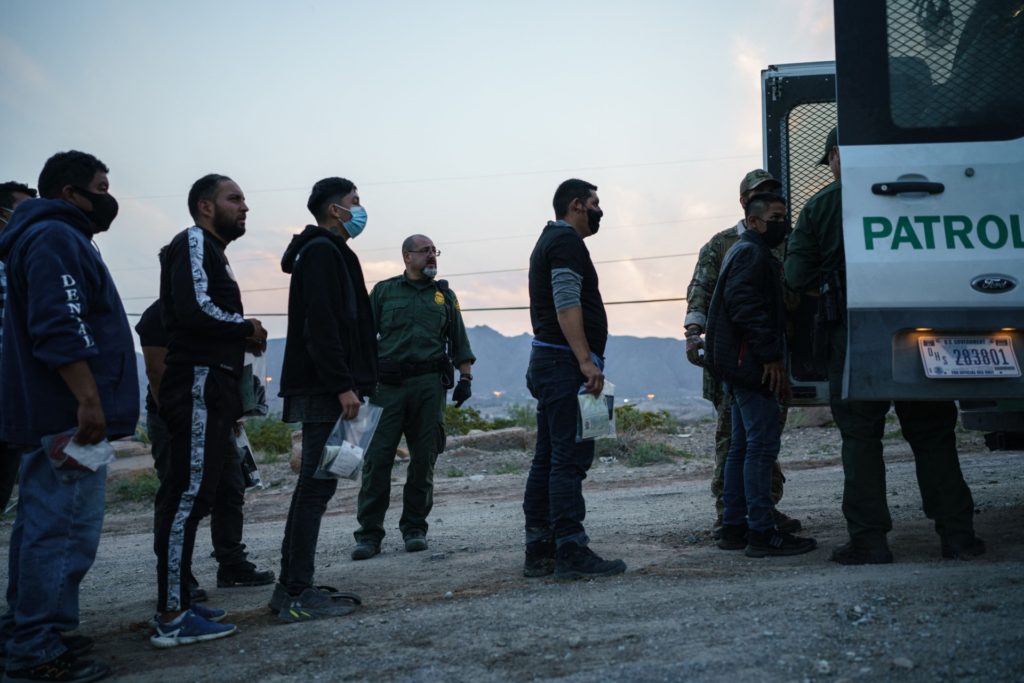 The huge southern migration is a government-delivered boon for investors and progressives — and also a government-created economic threat for working Americans who are getting wage gains in a post-Trump labor shortage.

“There’s a shortage of employees,” Biden told a restaurant owner during a CNN town hall on July 21. “People are looking to make more money and to bargain, and so I think your [restaurant] business and the tourist business is really going to be in a bind.” On May 10, Reuters reported:

Burrito chain Chipotle Mexican Grill (CMG.N) said on Monday it plans to hire 20,000 more employees and will raise the average hourly wage to $15 by the end of June, as fast-food chains in the United States scramble to reopen dine-in services with the easing of pandemic curbs.

Overall, investors want to import more migrants — even very poor migrants — because they spike consumer sales, boost rental rates, cut wages, and so raise profits and stock values. They also serve as clients for welfare agencies, as, eventually, as voters for Democrat activists.

Under his watch, agency officials have aided the migrants by ending legal penalties for repeat border crossers and ended Trump’s policy of providing free return flights to their home countries. Without penalties, the porous border is open to migrants who can make repeated tries.

For example, Reuters reported on May 31 that one migrant made seven repeat runs at the border before he got in. Under the headline “Try, try again: For some Central Americans, U.S. policy opens revolving door,” Reuters reported:

MEXICO CITY (Reuters) – After six attempts to enter the United States from Mexico over two and a half months, 35-year-old Guatemalan migrant Nicolas was facing the prospect of failure and going back home to thousands of dollars of debt.

Then on his seventh shot – squeezing himself into a wedge on a cargo train for a harrowing seven-hour ride to Texas – he made it.

Nicolas tried to migrate to the United States twice in 2019 but was deported to Guatemala both times.

The migrant is now working construction jobs that would otherwise be held by Americans, according to Reuters:

Nicolas now lives in Houston and picks up construction jobs outside a Home Depot store, helping him send parts of his $100-a -day wages back home. Every week, his wife [and three children] makes deposits towards Nicolas’ [$13,000 smugglers] debt.

Nearly everyone interviewed by the San Diego Union-Tribune shortly after being expelled to Tijuana said that they had tried crossing the border three or more times in recent weeks in hopes of getting in.

One man, who declined to be identified, said he’d lost count of how many times he tried. He tossed out a guess — 30.

In June, Mayorkas hinted that he would start punishing migrants who illegally cross the border. “We are, indeed, addressing the tools that we have to bring consequences to bear when individuals seek to avoid detection,” he told a House hearing.

Pro-migration advocates are using the repeat attempts encouraged by Mayorkas’ no-penalty, catch-and-repeat policies to claim that monthly migration numbers are being inflated. For example, Aaron Reichlin-Melnick, an advocate for immigration lawyers at the pro-migration Immigration Council, complained June 30 that the repeat crossers exaggerated the monthly numbers:

Apprehensions would be up 50%—but the border would be 100% more secure!

That's why focusing only on apprehension numbers is fundamentally flawed. https://t.co/DMf4DrGf9K