A performance artist has taken to the very same square in which dozens of women were sexually assaulted, stolen from, and raped, in a bid to remind Germany and the newly arrived migrants that women are “not fair game” even when naked.

Milo Moire was photographed completely nude, holding up a poster reading “Respect us! We are no fair game, even when we are naked!!!” near Cologne’s landmark Cathedral on the morning of January 8, 2016.

Thirty-one suspects, including 18 asylum seekers, are under investigation over offences including assault and theft in Cologne on New Year’s Eve, Germany’s interior ministry has said, while Cologne’s chief of police is said to have been dismissed over the scandal. 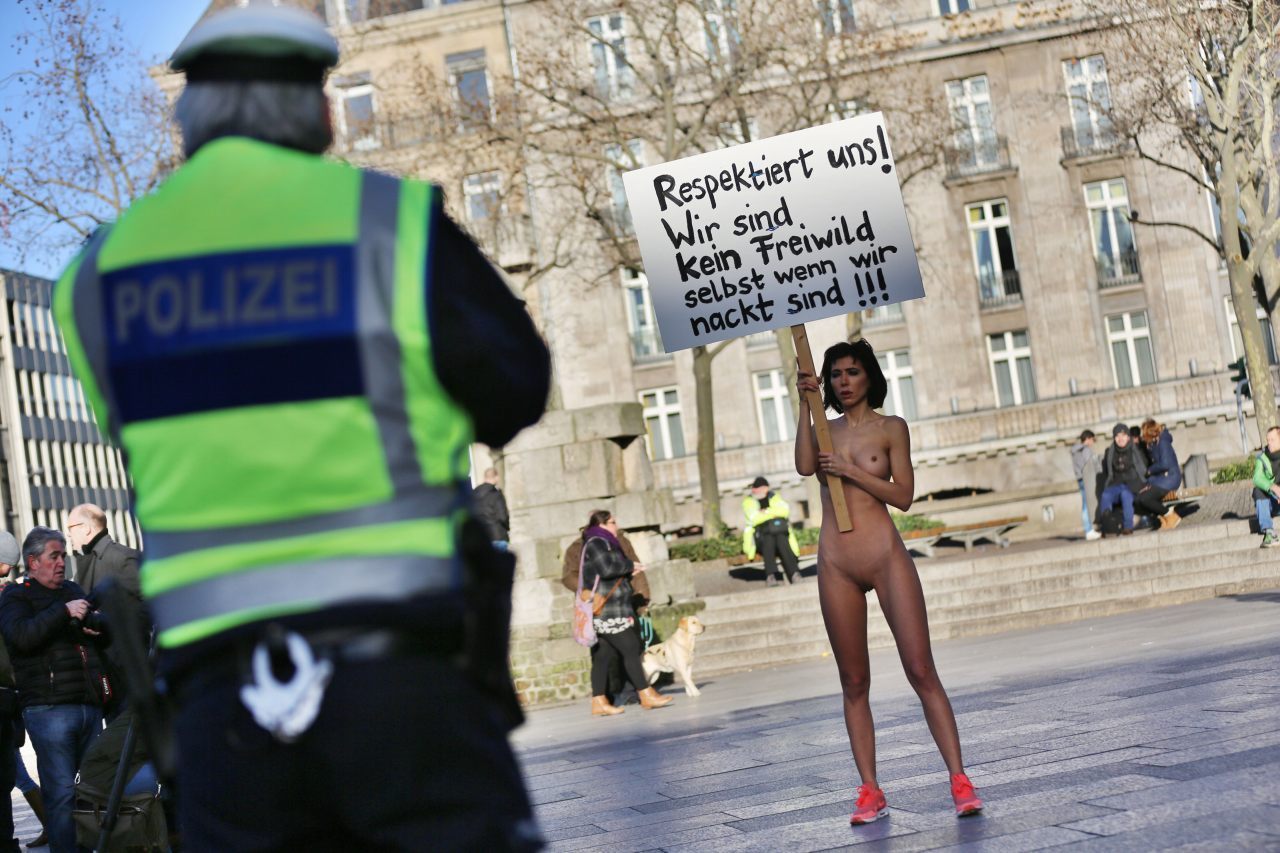 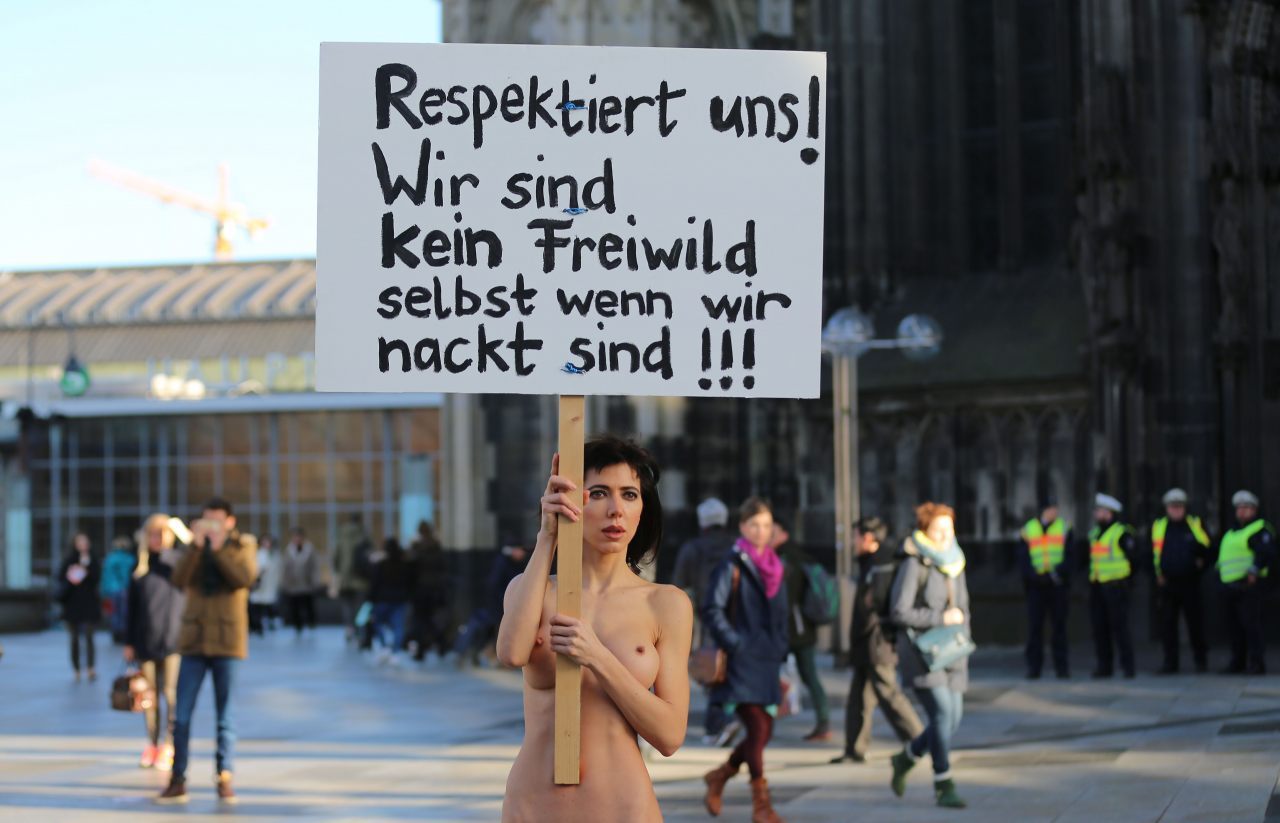 The Local reports that it was just four degrees celsius (39F) outside in Cologne when the protest took place this morning:

The 32-year-old Düsseldorf-based artist and model stood on the square outside Cologne’s world-famous cathedral for around 20 minutes on Friday morning, watched by members of the public and a few police officers, who joined the group of onlookers but took no action against Moiré.

“I stand for women’s freedom to move freely. For the things we’ve achieved in the past 50 years – for women’s emancipation,” Moiré told German newspaper Bild.

“I don’t want people to trample on these values and for women to have to adapt themselves. Women must be able to live their values of freedom, with self-determination and self-awareness,” she added.

She said: “I am firmly convinced that women will no longer be treated as sex objects when a naked woman is treated with as much respect as a clothed one.”

“I have no tolerance for what happened and how things have gone afterwards. I immediately felt as if I were being addressed. This is my first explicit political statement… Women should behave as normal and not allow themselves to be intimidated. It’s now politicians’ job to take steps such that this never happens again.”