Just one day after five Dallas, Texas, police officers were shot dead by black militant Micah Xavier Johnson whilst policing a Black Lives Matter march, the British branch of the movement staged protests for three days on the streets of the capital.

The series of marches by Black Lives Matter London protested the deaths of Philando Castile in St. Paul, Minnesota, and Alton Sterling in Baton Rouge, Louisiana. The first march took place the day after the fatal shootings of five Dallas police officers by black militant Micah Xavier Johnson while they were policing a Black Lives Matter protest through the Texas city. 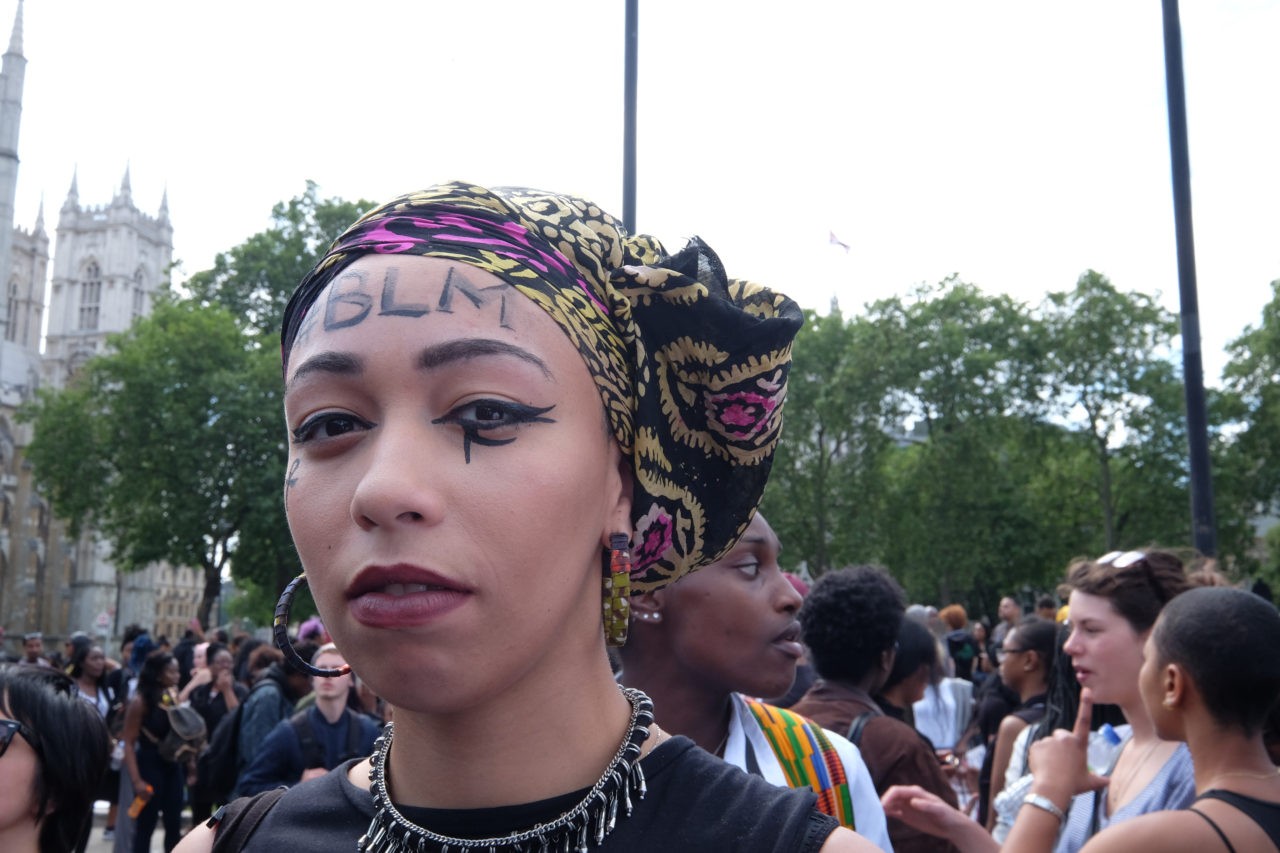 Hundreds gathered at Southbank on the night of Friday 8th July, moving through central London to the Houses of Parliament chanting “Black lives matter”, “No justice, no peace”, and “Hands up, don’t shoot” — a slogan that originated after the 2014 shooting of Michael Brown in Ferguson, Missouri, and often chanted at Black Lives Matter events. 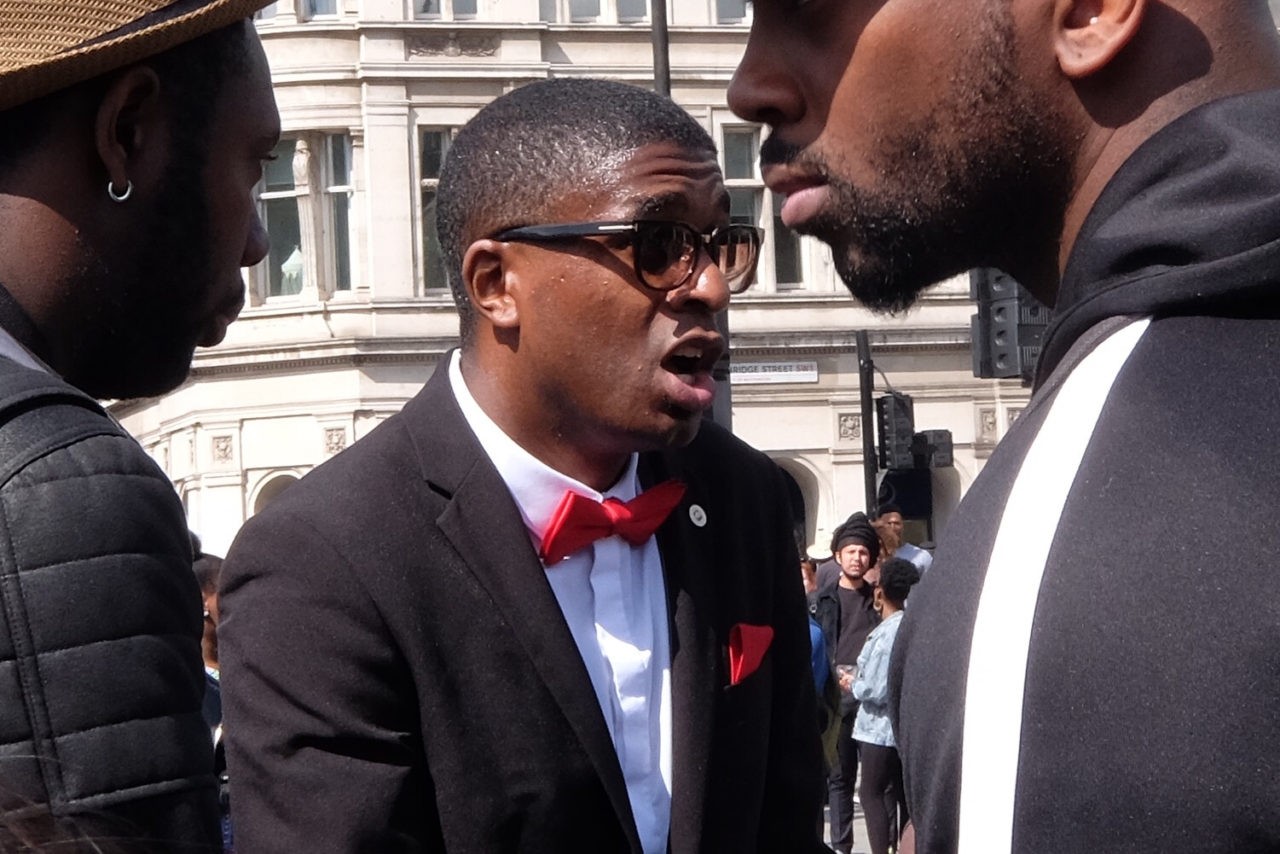 On Saturday protesters marched through Brixton, causing severe disruption with drivers stuck and unable to move for over six hours. Drivers tried to edge through the crowd, but their cars were set upon by protesters who demanded they stop, with one bus driver reportedly being punched in the face by a protester. After staging a sit down protest in Brixton High Street, protesters cheered as one man shouted through a loudspeaker: “We have locked down Brixton”.

A new day and another #BlackLivesMatterLondon March , Michael Jackson's song they don't care about us #blm pic.twitter.com/ae9hiz1ZTT

And Sunday morning saw disruption with another protest beginning on Oxford Circus, the protesters camping outside of the U.S. Embassy before moving through Hyde Park and Regent Street, finally ending again at the Houses of Parliament.

The Black Lives Matter London Movement was founded by 18-year-old sixth form student Marayam Ali, who told The Voice that she hoped these marches would show that the UK is standing in solidarity with “our American brothers and sisters”, continuing: “I think people forget that racism is a worldwide thing. It’s still very prevalent. This is ultimately a cry for help.” However, Ms. Ali did not address the deaths of the police officers who were targeted by Johnson for being white.

Much of the branding of the Black Lives Matter placards, including those shown above in the video of protesters outside the American Embassy, appear to originate from the Socialist Worker, a newspaper produced by the Socialist Workers Party, who designate themselves ‘anti-fascist’, anti-war, and pro-Palestinian. 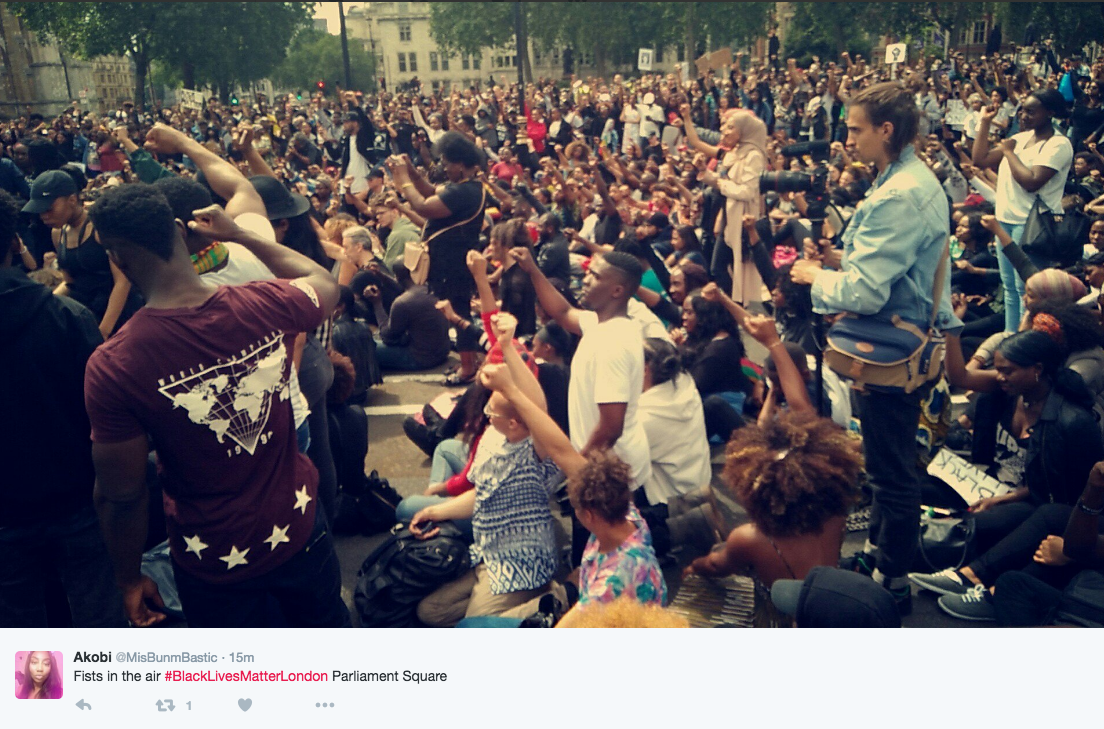 Many images on social media depict protesters holding one arm out, fist clenched.

This gesture was first seen in the early 20th century by Industrial Workers of the World, a revolutionary US trade union, and has since been seen in other socialist contexts, including the social media logo for Socialist Worker. But it is also commonly associated with the 1960s black power salute which emerged from militant offshoots of the U.S. civil rights groups such as the Black Panther Party.

Johnson, the sniper who shot dead five police officers on Thursday, was for a time a member of the New Black Panthers, whose leaders often vocalise their anti-white and anti-Jewish views. The Dallas shooter, who had previously said that he wanted to kill white people – particularly white police officers – reportedly left the Houston chapter because he would not follow the chain of command. 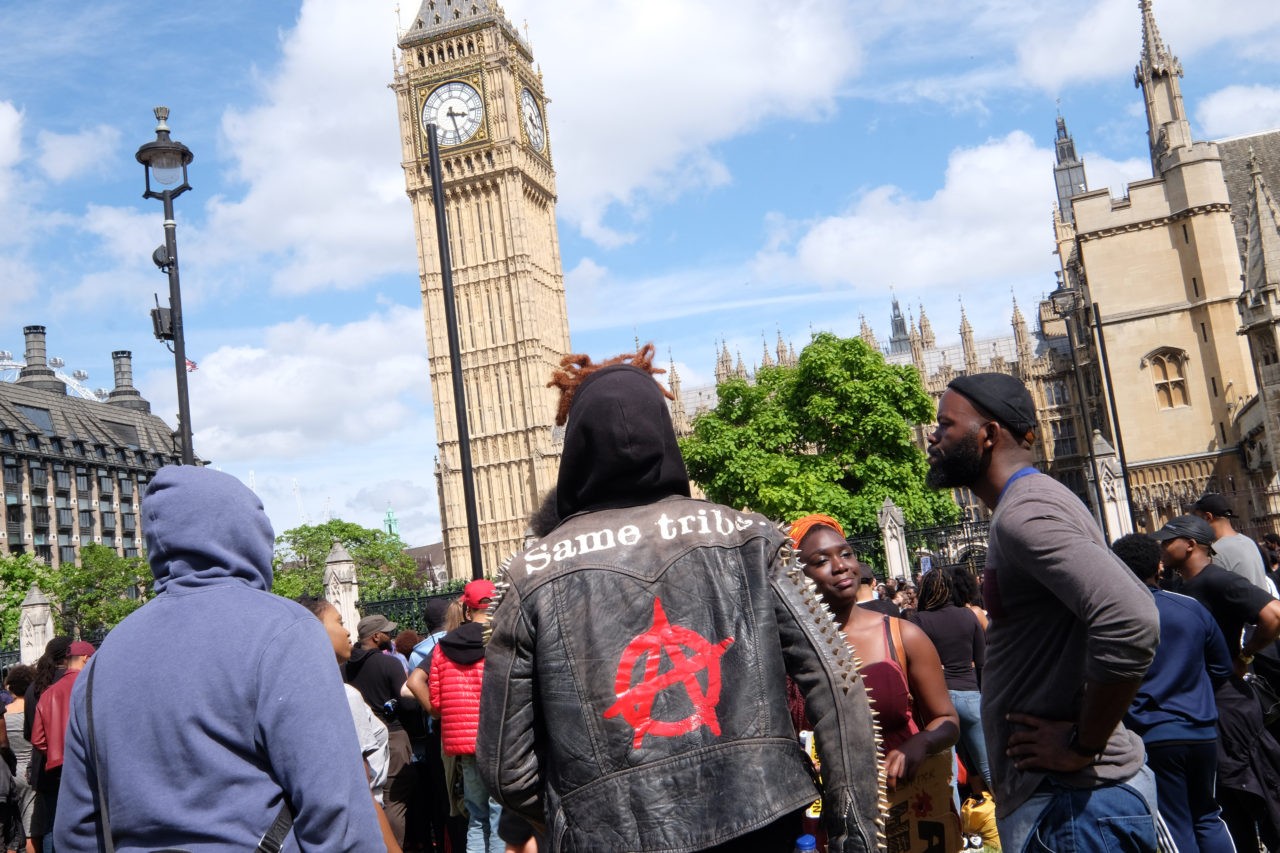 Recent protests in London echo protests and unrest in the U.S. where Black Lives Matter, joined by the New Black Panthers, have staged protests in Chicago, New York City and Baton Rouge. 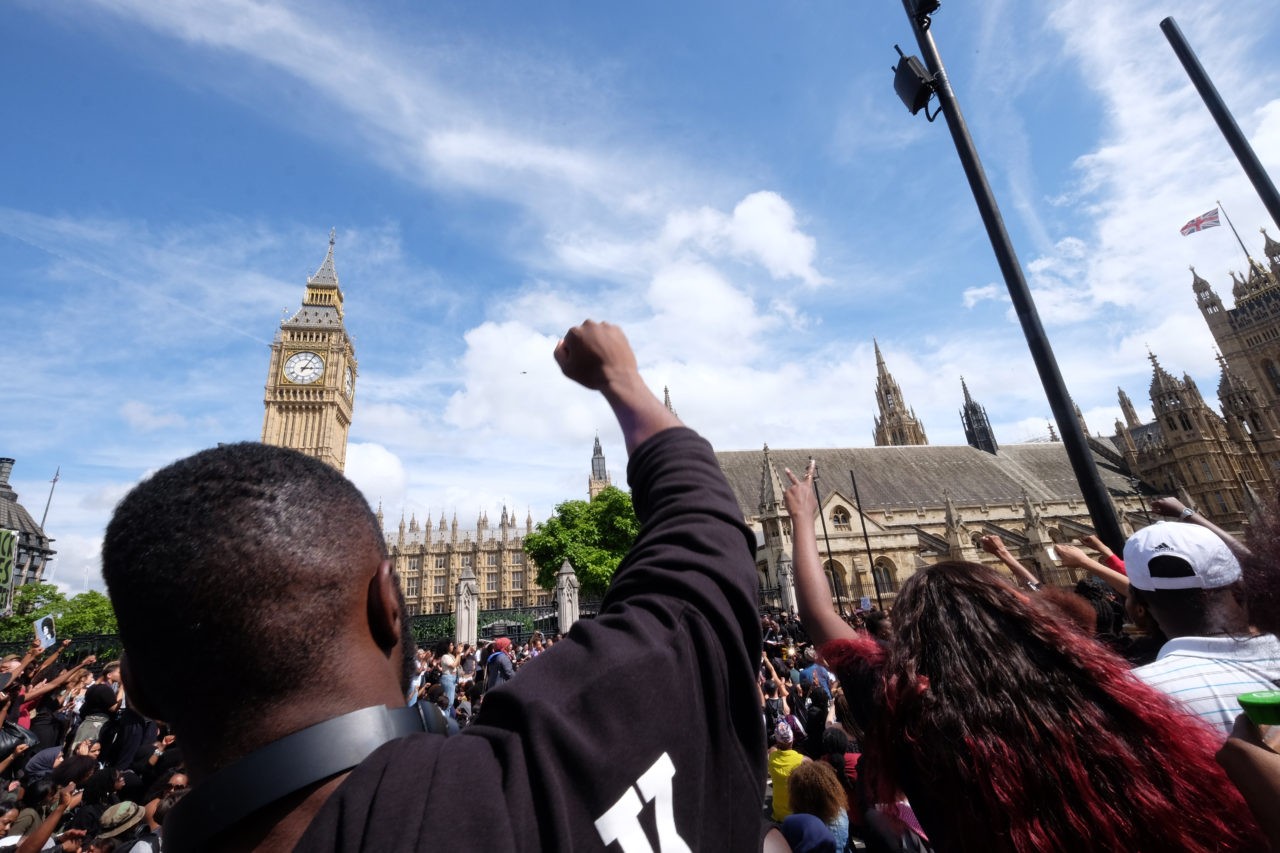