The Belgian interior minister has said a “wave” of between 3,000 and 5,000 Islamic State jihadists from Europe could return to the continent as the terror group rapidly loses territory in Iraq and Syria.

Speaking to state broadcaster RTBF on Sunday, Jan Jambon said: “We see that the Islamic State is under pressure in with the attacks in Mosul and Raqqa.

“Belgian fighters are there helping defend the IS strongholds… but we must be mindful of the fact that there are not only 200 of our countrymen there, but between 3,000 and 5,000 Europeans.

“All the intelligence agencies are trying to monitor the situation and exchange information. If the wave comes, we must be ready.”

The center-right Flemish politician was speaking almost a year after Islamic State terrorists, many of whom were born in Belgium and had travelled to and from Syria posing a ‘refugees’, committed a series of suicide bombings in Brussels, killing 32 civilians. 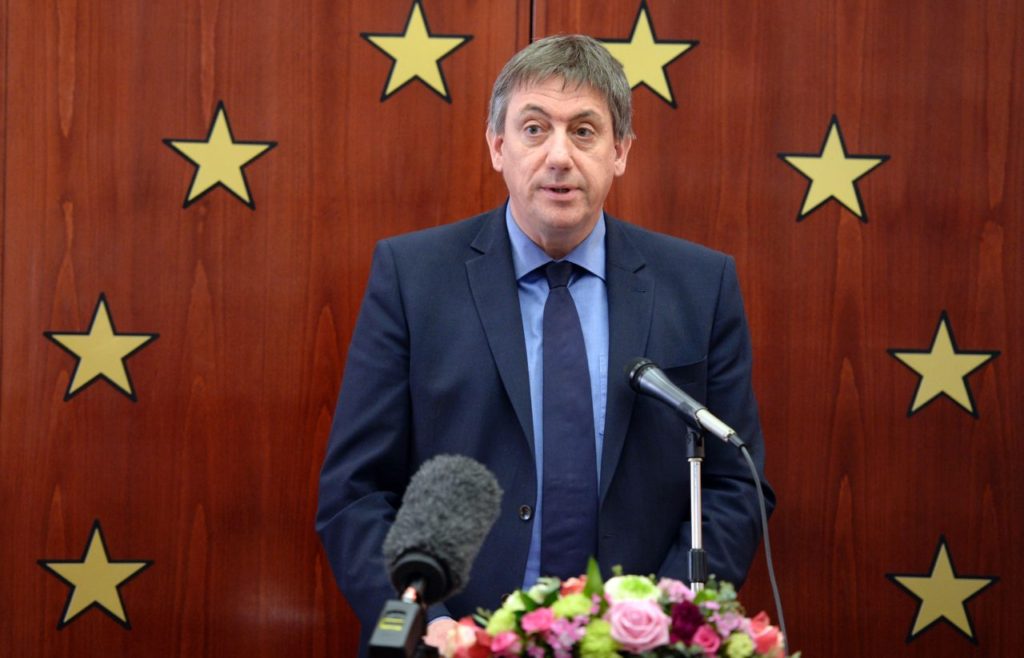 Belgian Minister for Security and the Interior Jan Jambon delivers a speech during a Memorial Ceremony for the victims of the Brussels terror attacks at the European Jewish building in Brussels, on April 19, 2016. (THIERRY CHARLIER/AFP/Getty)

“117 Islamic State recruits have [already] returned to Belgium. About half are in prison, the others under surveillance. There are also several dozen who made failed attempts to get to Syria, and we are observing them,” Mr. Jambon added.

Over the course of the conflict in Syria and Iraq sparked by the Arab Spring in 2011, a total of 20,730 foreign fighters are thought to have joined Islamic State’s ranks.

11,000 came from the Middle East, around 1,200 have left from France, and 600 from both the UK and Germany, according to the International Centre for the Study of Radicalisation and Political Violence (ICSR).

However, per capita, more Belgium citizens have travelled to join the terror group than from any other Western nation, with 440 having left for Syria and Iraq as of January 2015, the ICSR claim.

The Molenbeek suburb of the capital Brussels is considered a hotbed of European Islamism, and it was from the district that the Paris attacks were planned and launched.

“The number of Belgian foreign fighters is reportedly the highest in Europe per capita among those travelling to join conflicts abroad such as in Syria and Iraq”, Elzbieta Karska, head of the United Nations’ working group on the use of mercenaries, said last year following a five-day assessment of the Islamic State threat in Belgium.