The carnival celebrations in Germany are one of the biggest holidays of the year and a part of the celebrations are a float parade on Rosenmontag or Rose Monday.

From Cologne to Dusseldorf the major theme of the float parades this year was U.S. President Trump, whom they depicted performing sex acts with the Statue of Liberty, and being decapitated by a guillotine. 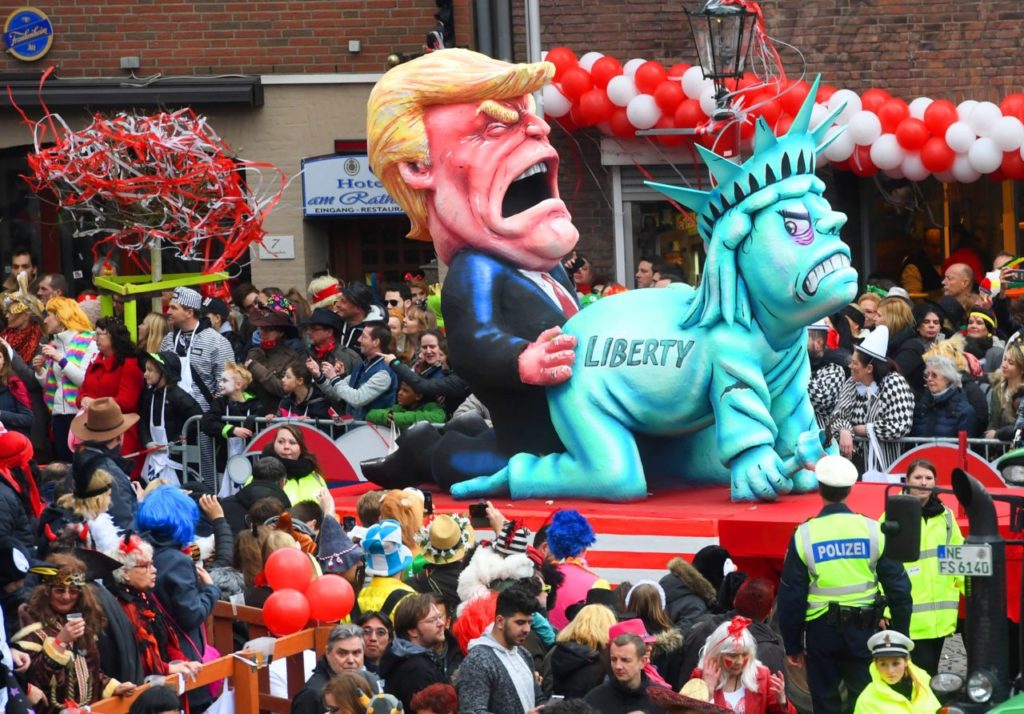 In Dusseldorf, President Trump was shown performing a sex act on the statue of liberty, a criticism by the satirist that he was “screwing liberty” because of his travel ban against countries know to either sponsor terrorism or harbour large radical Islamic extremist elements. 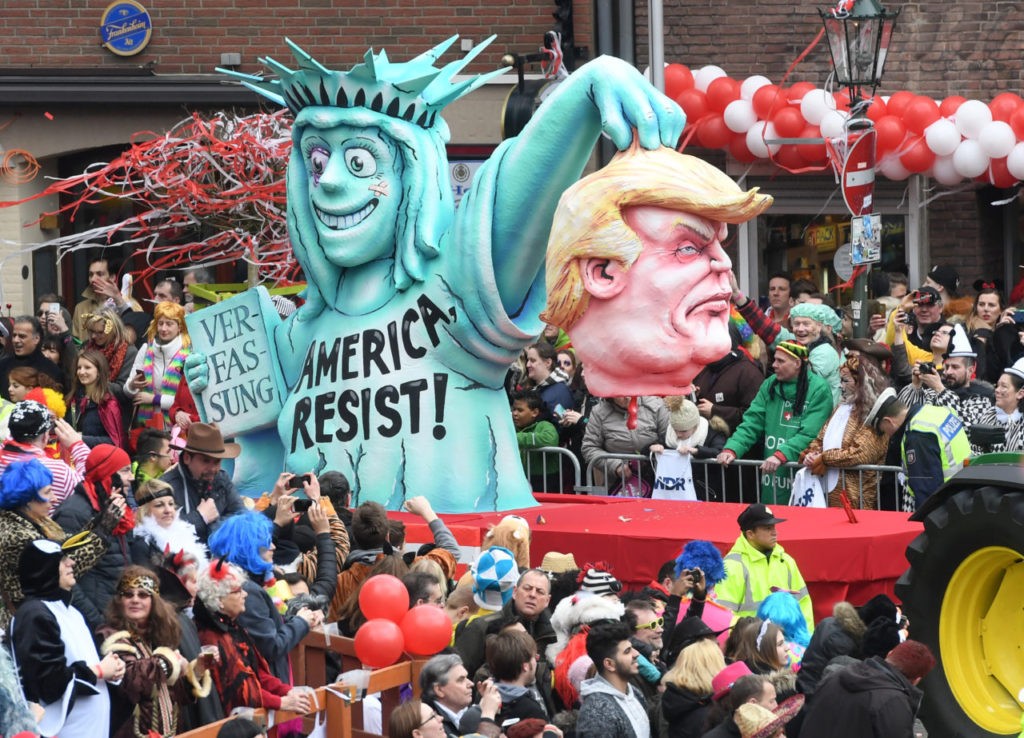 Another float in the parade showed the Statue of Liberty with the severed head of the President with “America Resist!” painted on her chest. The float was likely referencing the controversial cover of German magazine Der Spiegel in which Trump was portrayed cutting off the head of the statue in an Islamic state-style execution. 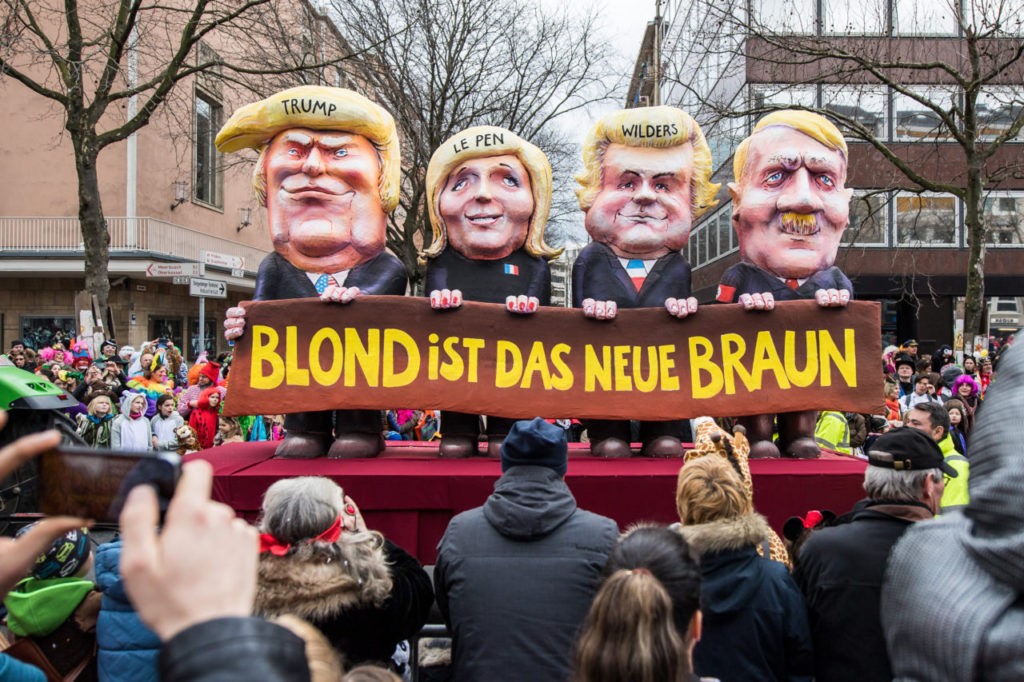 Trump was joined by Front National French leader Marine le Pen, and Dutch firebrand leader of the Party for Freedom (PVV) Geert Wilders in a float that compared the trio to a blonde Adolf Hitler. The float read “blonde is the new brown”. 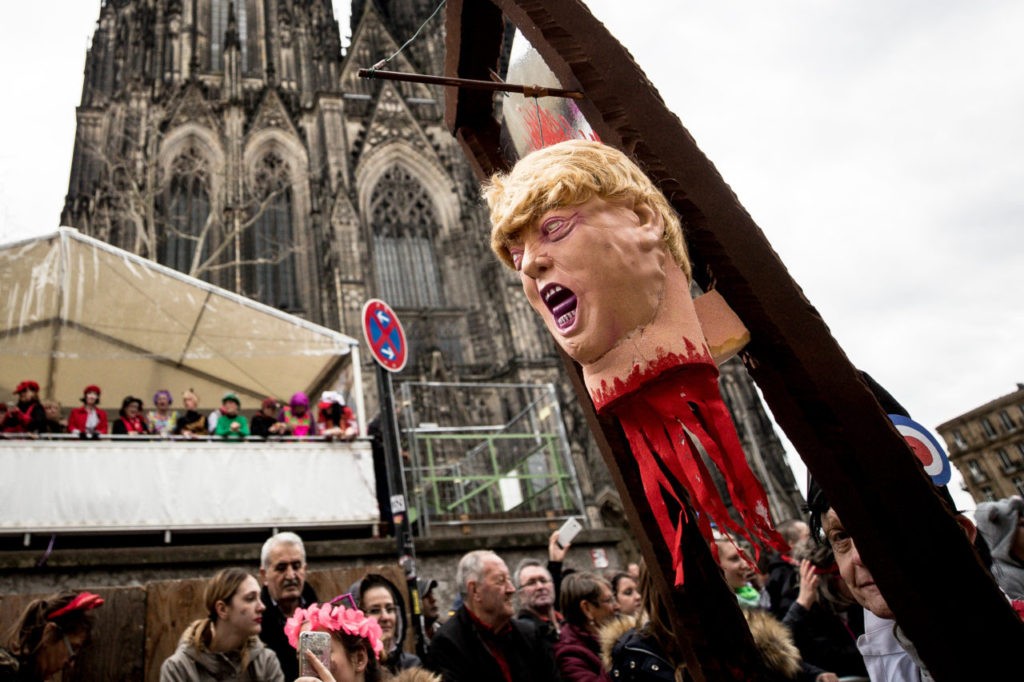 In Cologne, the violent imagery toward the U.S. President was also on display. President Trump’s severed head was shown on one float hung from a guillotine. 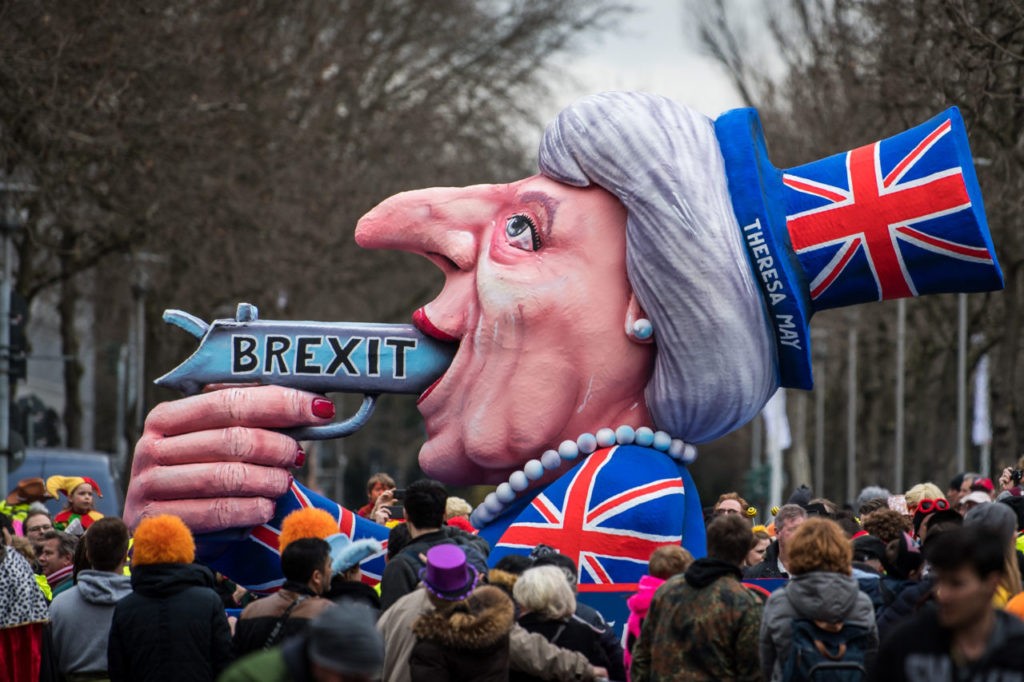 Trump was not the only focus of the West German satirists. British Prime Minister Theresa May was shown on one Dusseldorf float putting a pistol in her own mouth which said “Brexit” on the side. 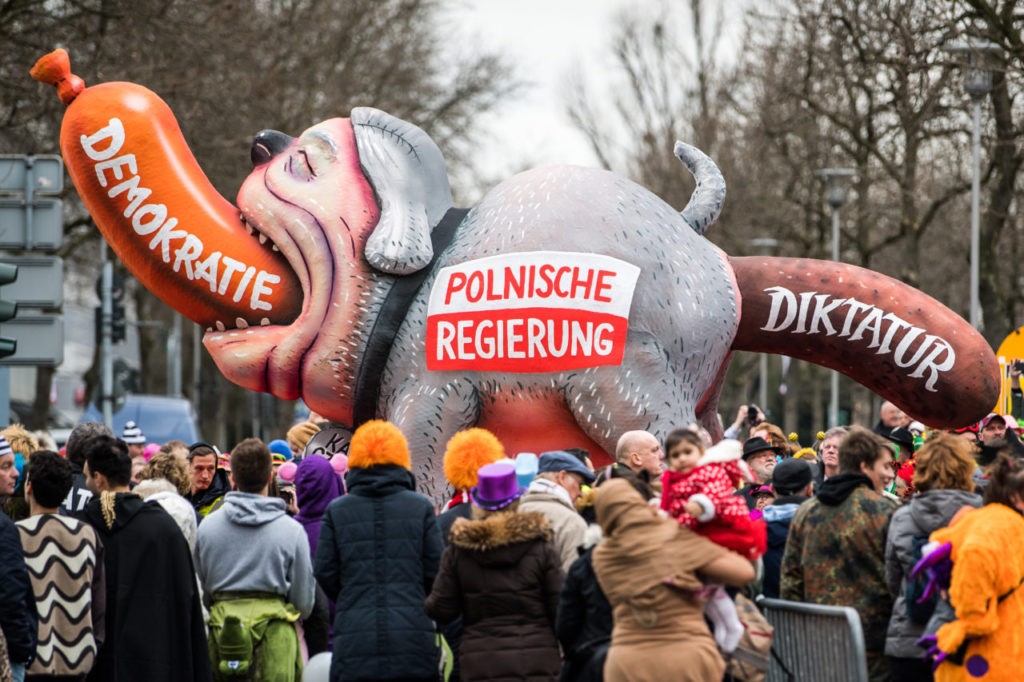 The Polish government, which has had strained relations with the government of German Chancellor Angela Merkel over the past year, is shown as a pig eating sausages labelled “democracy” and defecating “dictatorship.” In January, head of Poland’s ruling Law and Justice Party (PiS) Jaroslaw Kaczynski said Merkel bore some responsibility for negative coverage of Poland by German media. 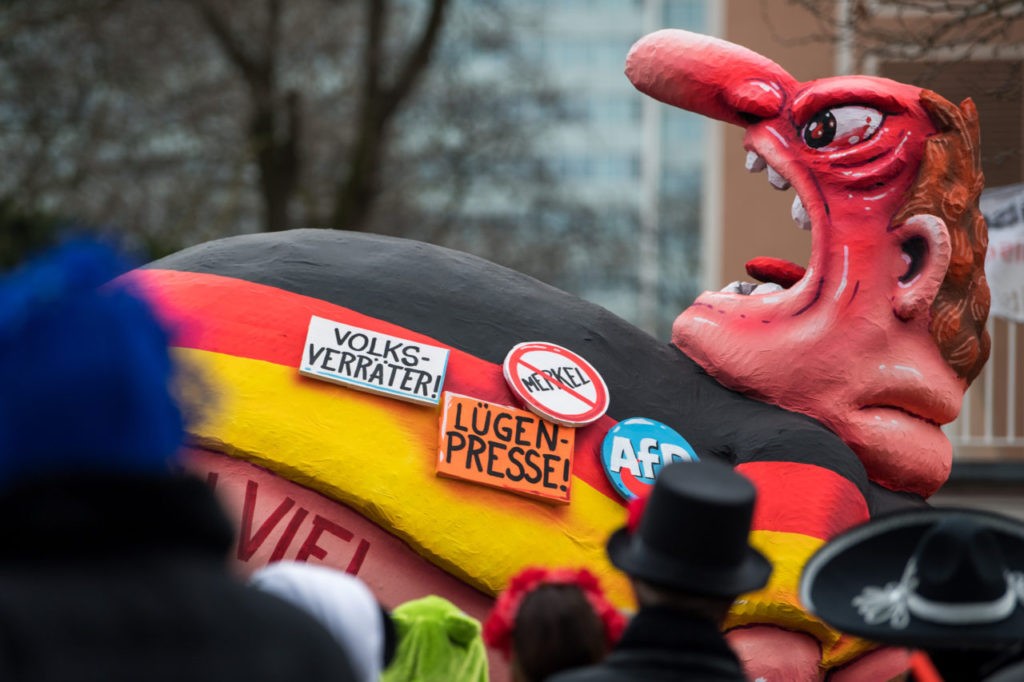 The German anti-mass migration party, the Alternative for Germany (AfD) were not spared either.

A float claiming to show an AfD supporter showed a fat man with an anti-Merkel badge, and AfD badge and a Lügenpresse, or “lying press” badge. The party has seen gains in recent regional elections and is currently the third largest behind Merkel’s Christian Democratic Union (CDU) and the Social Democrats (SPD) led by former European Union Parliament President Martin Schulz.