THE HAGUE, Netherlands (AP) — The Dutch government on Saturday withdrew landing permission for the Turkish foreign minister’s aircraft, escalating a diplomatic dispute between the two NATO allies over campaigning for a Turkish referendum on constitutional reform.

The Dutch government said in a statement it had withdrawn the permission because of “risks to public order and security” caused by the proposed visit of Foreign Minister Mevlut Cavusoglu to Rotterdam.

Earlier Saturday, in an interview with private broadcaster CNN Turk, Cavusoglu said: “If the Netherlands cancels my flight permit, our sanctions to the Netherlands would be heavy.”

He also repeated the government’s charges that bans on rallies are “fascist practices.” 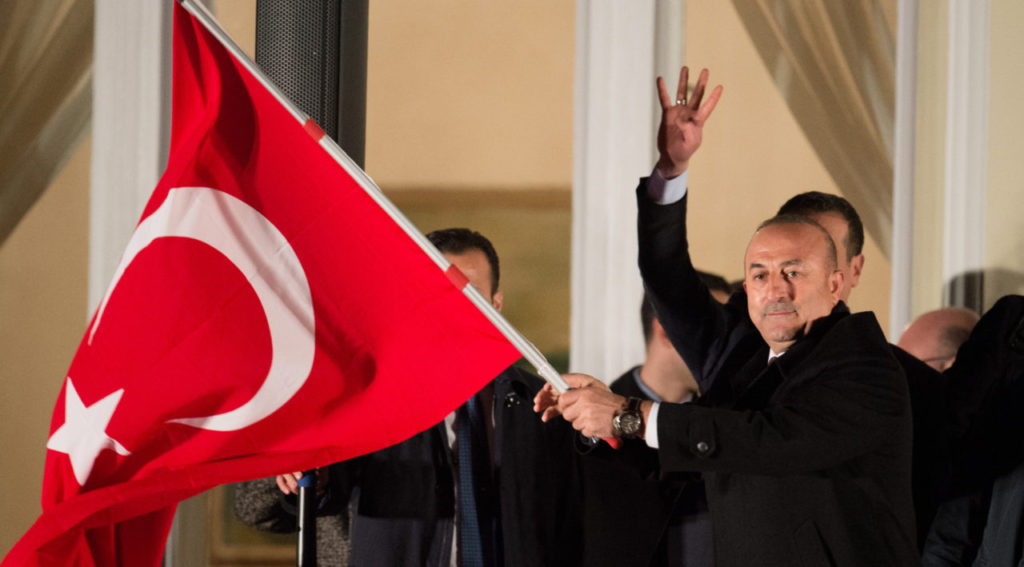 The diplomatic row comes just days before the Netherlands goes to the polls in a March 15 election for the lower house of Parliament. The campaign has been dominated by issues of identity, with anti-Islam lawmaker Geert Wilders set to make strong gains.

Ahead of Saturday’s decision, Wilders had accused the government of a weak response to Turkish plans to send ministers to the Netherlands to campaign.

The Dutch government said it does not object to meetings in the Netherlands to give information about the Turkish referendum, “but these meetings should not add to tensions in our society and everybody who wants to organize a meeting must adhere to instructions from authorities so that public order and security can be guaranteed.”

It said the Turkish government “does not want to respect the rules in this matter.”