THE HAGUE, Netherlands (AP) — Dutch voters cast ballots Wednesday at polling booths across the nation in parliamentary elections that are being closely watched as a possible indicator of the strength of populism ahead of national votes in France and Germany later this year.

Two-term Prime Minister Mark Rutte’s right-wing VVD party was leading in polls ahead of the Dutch vote, with the anti-Islam Party for Freedom of firebrand lawmaker Geert Wilders a close second.

Wilders voted amid tight security and unprecedented media attention at a school in a modern neighborhood on the edge of The Hague early in the day.

He expressed confidence that whatever the result of Wednesday’s election, the kind of populist politics he and others in Europe represent will be here to stay.

“The genie will not go back into the bottle. People feel misrepresented,” he said, predicting this would show in elections later this year in France and Germany too.

“Despite what the elite wants, politicians are getting strong who have a totally different concept of what the people want them to do,” he said. 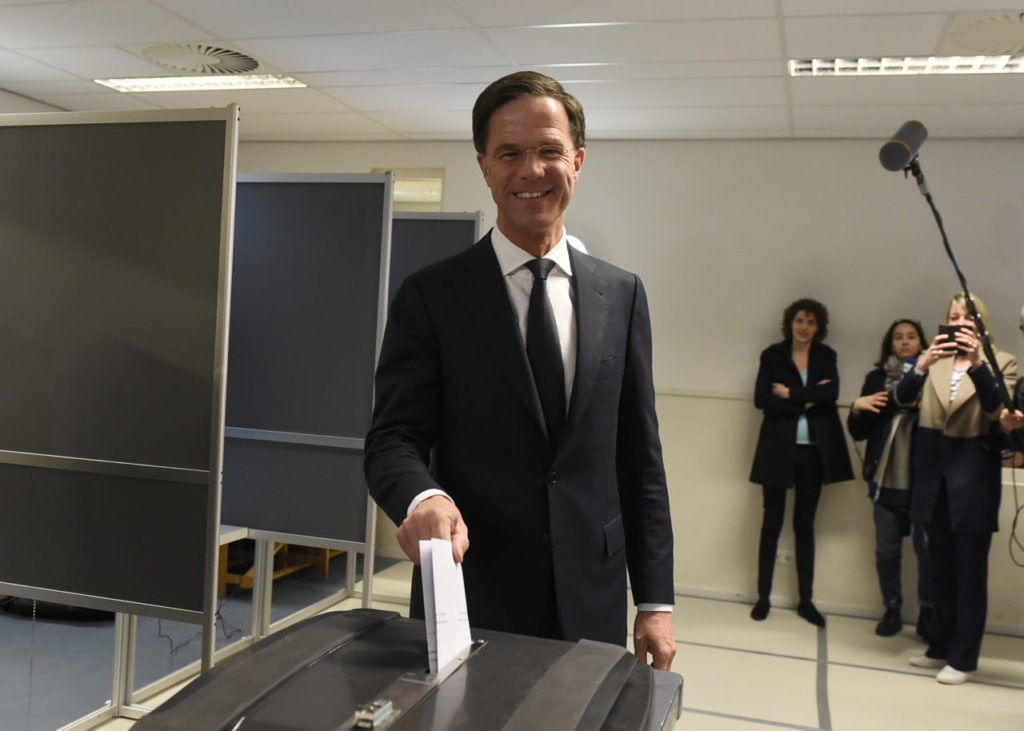 Rutte has framed the election as a choice between continuity and chaos, portraying himself as a safe custodian of the nation’s economic recovery, while casting Wilders as a far-right radical who would not be prepared to take tough decisions.

The chance of Wilders becoming leader in this country where the proportional representation voting system all but guarantees coalition governments is small – all mainstream parties, including Rutte’s VVD, have ruled out working with Wilders.

Wilders’ one-page election manifesto includes pledges to close borders to immigrants from Muslim nations, shuttering mosques and banning the Quran, as well as taking the Netherlands out of the European Union.

The final days of campaigning were overshadowed by a diplomatic crisis between the Dutch and Turkish governments over the refusal of the Netherlands to let two Turkish government ministers address rallies about a constitutional reform referendum next month that could give President Recep Tayyip Erdogan more powers. It showed Rutte as refusing to bow to pressure from outside, a stance which has widespread backing in the nation.

“It is my task to keep the nation safe and stable and deal with these kind of people,” said Rutte. 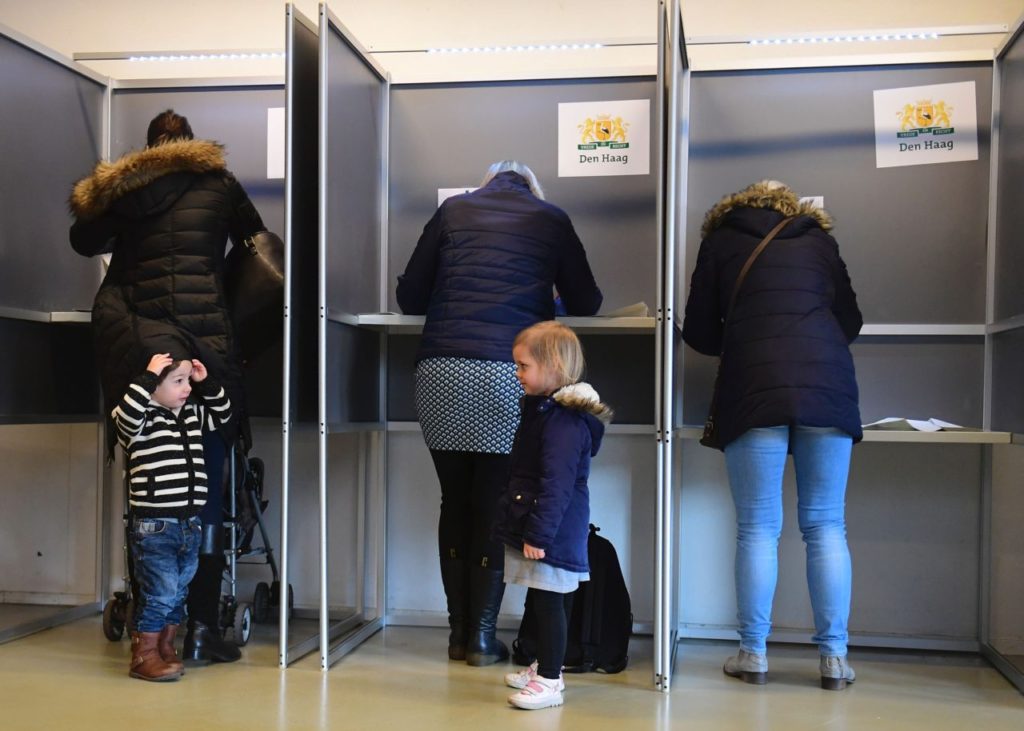 People prepare their ballots for Dutch general elections in voting booths at a polling station on March 15, 2017 in The Hague. (EMMANUEL DUNAND/AFP/Getty)

The 12.9 million Dutch voters can cast their ballots until 9 p.m. (2000 GMT). They have plenty to choose from; there are 28 parties fielding candidates in the splintered political landscape.

The election in the Netherlands comes ahead of polls in France and Germany later this year, when right-wing nationalists will also be key players.

During a final televised debate Tuesday night among leaders from the parties vying for seats and control of the government, Wilders piled on the anti-Islam invective while Rutte played up his leadership experience.

Rutte has driven through unpopular austerity measures over the last four years, but the Dutch economic recovery has gathered pace and unemployment has fallen fast. So the prime minister is urging voters to stick with him.

Wilders, meanwhile, is tapping into discontent among voters who say they are not benefiting from economic recovery.

With such a knife-edge vote expected, only one thing appeared certain: Talks to form the next ruling coalition will take a while.