Bern Palenda, head of the Berlin branch of the Agency for the Protection of the Constitution, has warned that left-wing extremism has been severely underestimated, and that many left-extremists could be willing to kill.

Mr Palenda said too many in German politics have largely played down or ignored the rising left-extremist movement in Germany, saying they carry out “well-organized extremist violence and do not shrink from killing people, if necessary.”

He also noted that authorities knew well in advance of the riots at the recent G20 in Hamburg, with the Berliner Morgenpost reporting him as saying that left-extremists had been planning them since last Autumn.

People worldwide were shocked at the level of violence in Hamburg, as thousands of Black Bloc extremists set fires, looted shops and ended up injuring almost 500 police officers.

The head of the Special Police Forces (SEK) remarked afterwards that he had never seen such a level of violence directed toward his officers. 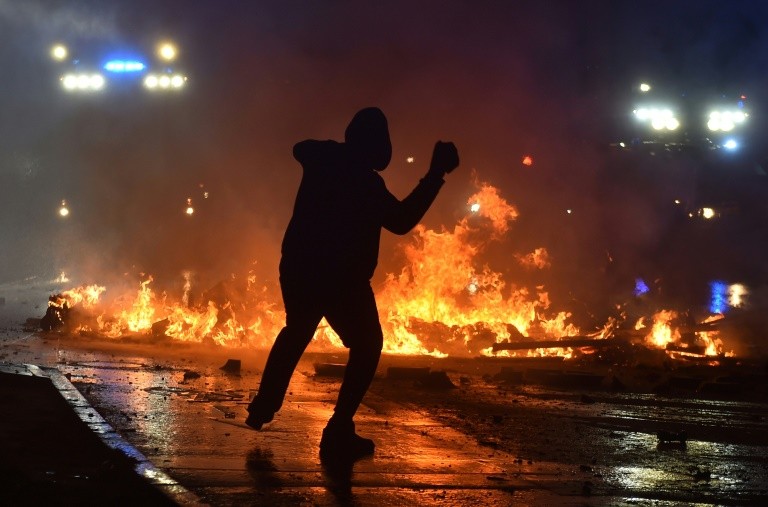 Berlin is also a hub of Far Left extremism, and many have criticised the left-wing coalition government in the city of playing down the threat.

Bern Palenda said he didn’t believe the government was downplaying the threat, but said his agency had come across several plans by left-extremists to attack police officers in the city.

He said that the main problem area was the illegal squat on Riga Street known as “Riga 94”, which has been the subject of police raids and retaliatory violence from the extremists. 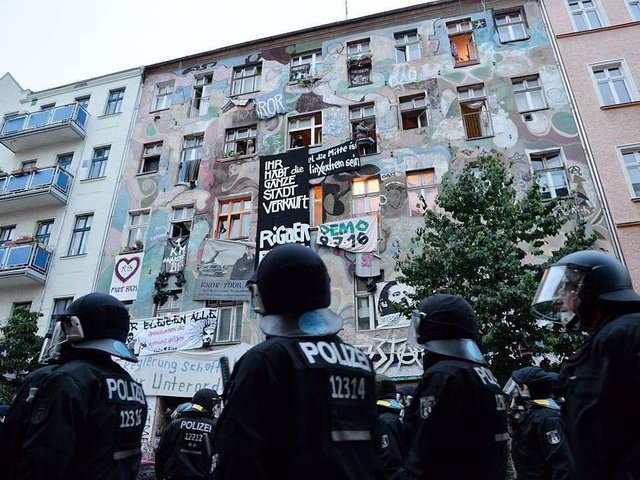 Picture taken on July 8, 2016 shows policemen standing in front of a squat at Rigaer Strasse street in Berlin during a demonstration of leftist activists protesting against the German capital’s urban planning.
Photo: MAURIZIO GAMBARINI/AFP/Getty Images.

Last summer there were riots for several nights in the area after police attempted to clear out the squatters, because the new owner of the building wanted to repurpose it as an asylum home.

In May this year police were called to the area again after reports of a fire. Once emergency services were on the scene they were attacked by 15 masked extremists wielding bricks. No police were seriously injured in the incident but two police cars were damaged along with several vehicles belonging to locals.

The German media has been accused of underreporting instances of growing left-wing violence, and Breitbart London reported last year that they prefer to focus on right-wing crime.

This is thought to have risen by around 42 per cent – compared with 62 per cent for left-wing crime.