A controversial French rapper has come under fire for a new video in which he strangles a white woman symbolising the country of France, while singing, “I f**k France, I burn France.” (Warning: graphic language.)

Conrad is no stranger to racist material with violent imagery. A previous song by the rapper, which was deleted from YouTube, contained lyrics such as: “I enter day care centres and kill white babies. Catch them quickly and hang their parents. Spread them apart to pass the time, to entertain black children of all ages young and old.”

In the accompanying video, Conrad is shown kidnapping, torturing, and hanging a white man. The video shows the white man having his face forced down onto the pavement before being kicked in the head in a scene reminiscent of the film American History X. 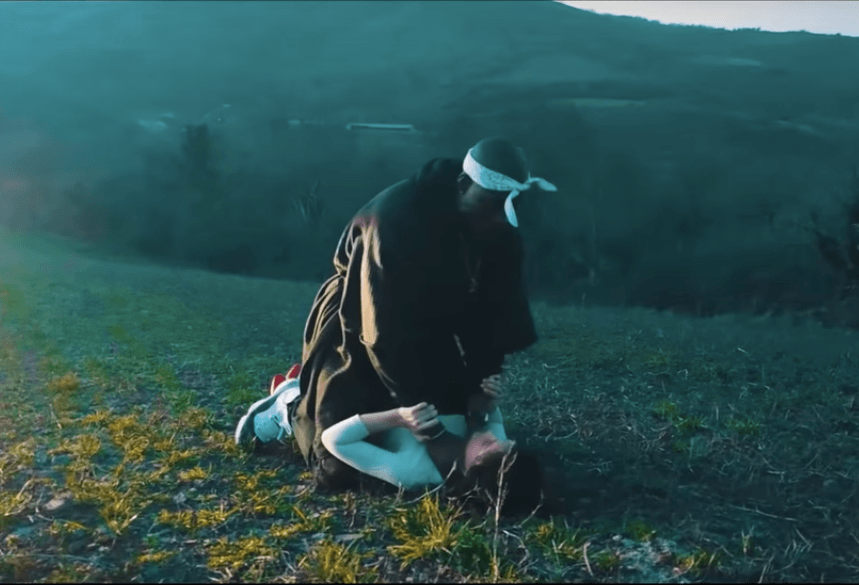 In March, Mr Conrad was found guilty of incitement to violence for the video, but only received a suspended fine of 5,000 euros.

It was deemed he had been punished enough by the loss of his job as a hotel receptionist over the controversial song. However, with his latest release, it does not seem as though he has learnt any lessons from the previous court case — which he vowed to appeal.

Mr Conrad attempted to defend his “kill white babies” lyrics during his trial, saying that “this piece is deeper than it seems” and “I can not deny what I wrote, it touches racism, it’s the beauty of this piece, it’s still art”.

Neither Facebook nor Facebook-owned Instagram have taken any action against the rapper, despite having purged multiple voices on the right such as Alex Jones, Paul Joseph Watson, and Milo Yiannopoulos in recent months for far less violent content.

In an email to The Atlantic, a Facebook spokesman said of their decision to ban multiple prominent conservatives: “We’ve always banned individuals or organizations that promote or engage in violence and hate, regardless of ideology. The process for evaluating potential violators is extensive and it is what led us to our decision to remove these accounts today.”