A Tunisian migrant will join his German wife to face charges Friday of planning a foiled biological bomb attack in Germany with the deadly poison ricin.

Sief Allah H., 30, and his Muslim convert wife Yasmin, 43, were arrested last year by an anti-terrorist squad that found 84 milligrams of the toxin in their Cologne apartment.

The arrests likely prevented what would have been Germany’s first biological attack, said Holger Muench, head of the BKA Federal Criminal Police Office, at the time.

As Breitbart News reported,  the male suspect allegedly “wanted to explode a ricin bomb packed with shrapnel in a busy indoor place” targeting “unbelievers”, the Federal Prosecutor’s Office said, in what is believed to be Germany’s first biological weapons terror plot.

The suspect was charged with possession of weapons of war, “planning a serious act of violence against the state”, and of membership with a terrorist organisation, according to Deutsche Welle.

Federal prosecutors said the couple had “for a long time identified with the aims and values of the foreign terrorist organisation Islamic State”.

They decided in 2017 to detonate an explosive in a large crowd, “to kill and wound the largest possible number of people,” said prosecutors ahead of the trial in Duesseldorf. 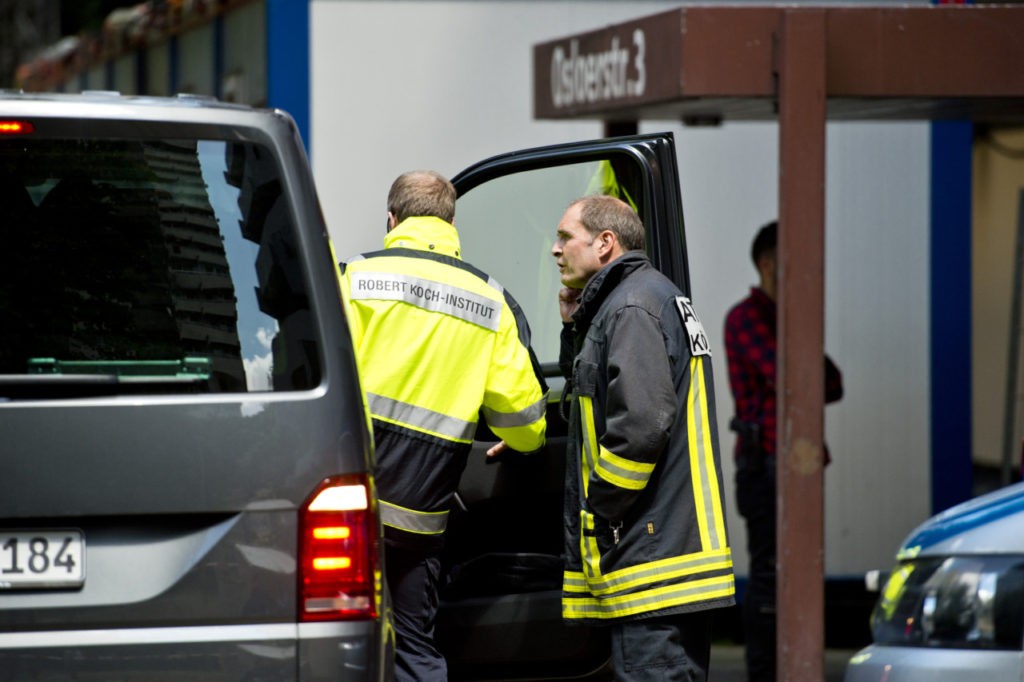 An employee of the public health Robert Koch institute in front of an apartment building where a Tunisian suspected of trying to build a biological weapon was arrested. – The 29-year-old man, identified as Sief Allah H, was detained after police stormed his flat on June 12, 2018, where they found unknown “toxic substances” that turned out to be the deadly poison ricin. (MICHAEL GOTTSCHALK/AFP/Getty Images)

The pair had allegedly researched various forms of explosives before deciding on the deadly poison. The couple, who have four children, bought a hamster to test the strength of the poison, according to prosecutors.

The husband had been in contact with radical Islamists and tried twice in 2017 to travel to Syria via Turkey. His wife helped him with flight and hotel bookings, but both trips failed.

Sief Allah H. also volunteered to help Islamic State terrorists in their propaganda work, and did so in early 2018 by publishing material of the jihadist group online, said prosecutors.

Later, the couple decided to prepare an attack in Germany itself.

“Very concrete preparations had been made for an act with a … biological bomb, which is a first for Germany,” the Federal Prosecutor’s Office said.

If convicted of the charges of serious violence endangering the country, the defendants could each face up to 15 years in jail.

Two other co-conspirators were also arrested in August last year in Tunisia in connection with the case. According to German newspaper Die Welt, it was the U.S. CIA that tipped off German intelligence about the migrant’s plan which resulted in the raid and arrests.

The trial is expected to last until the end of August.