NBA’s Spencer Hawes, a Conservative, Would ‘Love’ to Talk Politics with LeBron James

One of the few, in fact, maybe the only openly conservative player in the NBA, Charlotte’s Spencer Hawes, has a lot to say and would “love” to have a discussion with Hillary Clinton-endorser LeBron James. 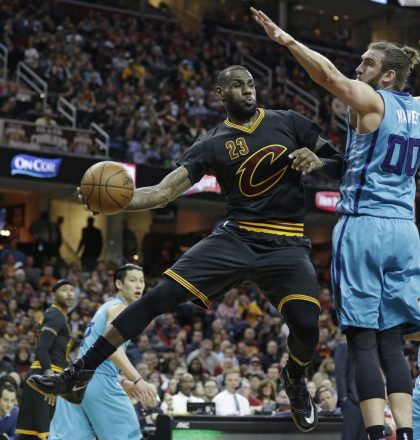 Ralph Nader, presidential candidate for the Green Party in 2000, is calling for Democratic presidential nominee Hillary Clinton to release her transcripts from her numerous closed-door speeches given to people from Goldman Sachs and other high-profile Wall Street companies. 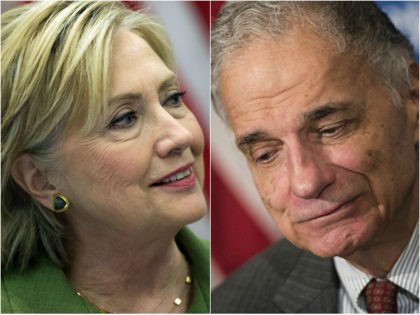 The signage outside the front of a West Texas plant and nursery store does not mince its words when it comes to how the business owner feels about the presumptive presidential Democrat nominee Hillary Rodham Clinton. It reads: “Crooked Hillary Would Be a Fucking Disaster!” 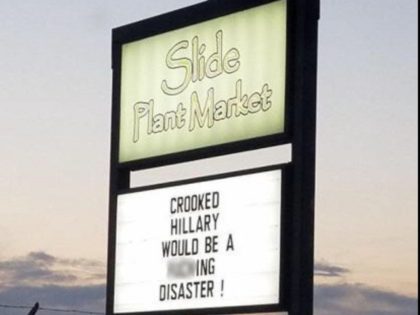 At Jews For Bernie Event, Anger Boils Over at Sanders Campaign

The Jerusalem Post reports: NEW YORK – It might have been the last place you’d expect anger to erupt against the Bernie Sanders campaign. But at a Jews for Bernie brunch in Manhattan’s Tribeca neighborhood on Sunday, the frustration seemed 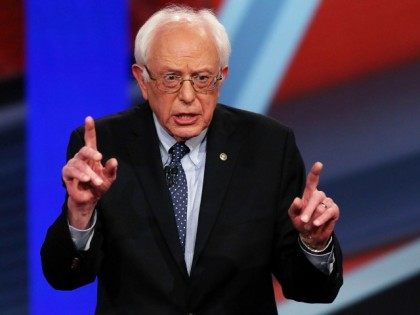 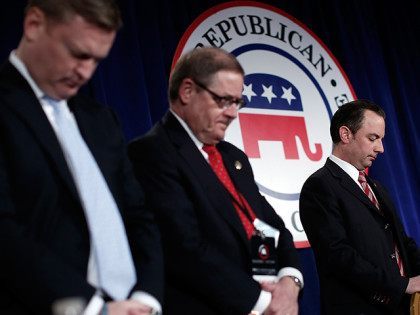 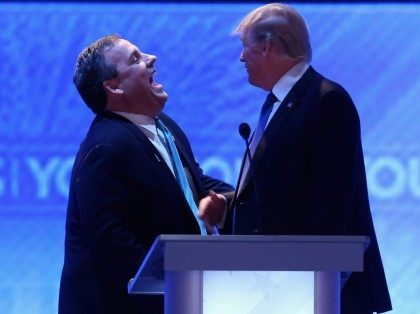 Welcome to Breitbart News’s daily live updates of the 2016 horse race. Republicans are now gearing up for the Nevada caucuses, then Super Tuesday a week later. The race is re-aligning after Donald Trump’s win in South Carolina and Jeb Bush’s exit. 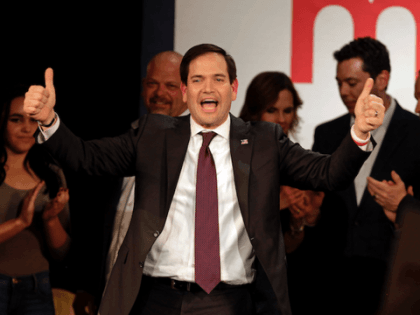 Huckabee: ‘Foolish’ To Put America In The Hands of Someone Without Governing Experience

Monday on CNN’s “The Lead,” while making a comparison to a candidate with no executive experience  to someone flying a plane with no experience, Republican presidential candidate and former Gov. Mike Huckabee  (R-AR) noted how “foolish” it would be to 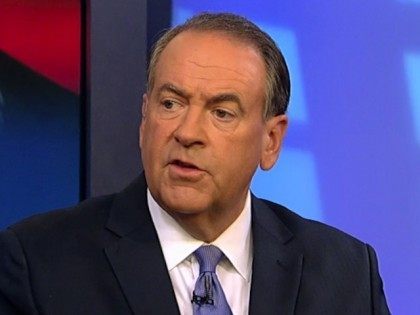 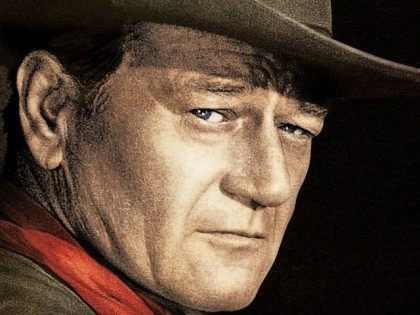 A new social advertisement for Republican presidential hopeful Ted Cruz takes aim at the left media bias that was blatantly on display during the CNBC Presidential Primary Debate. The ad blasts CNBC and highlights Cruz’s response that led to one of the biggest crowd reactions of the debate. 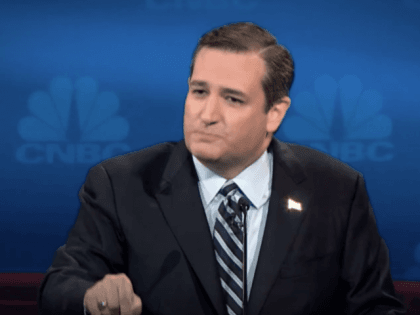 Huckabee: Obama ‘Thinks Our Greatest Threat is a Sunburn, Not a Beheading’

“The President thinks our greatest threat is a sunburn, not a beheading,” said Mike Huckabee at a presidential forum in Texas on Sunday. The Republican presidential candidate was referencing the administration’s belief that climate change is one of the biggest threats to our nation. Jeb Bush: ‘We Defunded Planned Parenthood When I was Governor’

Jeb Bush told those gathered at Prestonwood Baptist Church in Plano, Texas, “I’m totally whole-in on the question of life.” Bush said he has a strong pro-life record as governor of Florida, and it is a basic tenet of his faith that all life is from God. 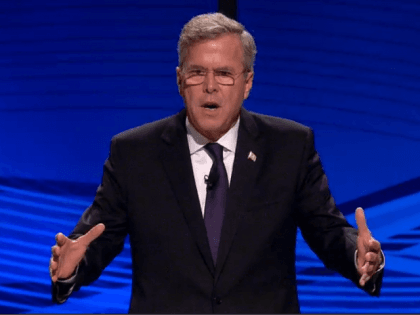 Perry spoke with a group of journalists on the lawn of the Governor’s Mansion following the presentation of two Texas Legislative Medals of Honor. Perry committed to staying in the race for president and sounded like a candidate with a lot of fight left in him. The eight candidates MPP reports “have said or strongly indicated that they have consumed marijuana” include Jeb Bush, Lincoln Chafee, Ted Cruz, George Pataki, Rand Paul, Marco Rubio, Bernie Sanders and Rick Santorum. “In addition to potentially becoming our next president, these marijuana consumers are playing a major role in the national political dialogue,” Mason Tvert, spokesman for the pro-marijuana groups, said in a statement. “Win or lose, they are guiding the debate and influencing the positions of others both within and outside of their parties.” 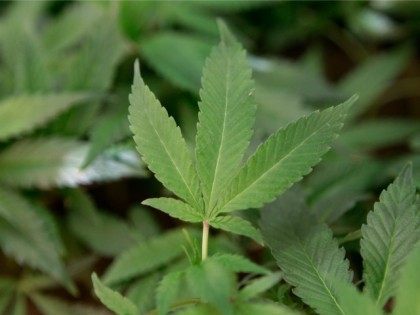 President Barack Obama compared the ever-growing field of Republican presidential candidates to characters fighting for survival in The Hunger Games on Thursday. 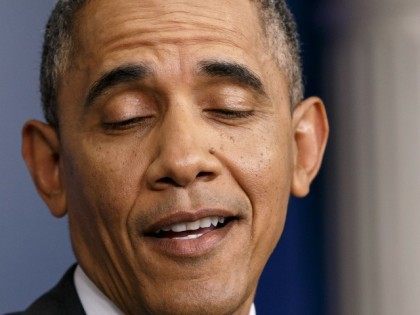 Media outlets across the U.S. are sparing no energy in attacking billionaire and Republican presidential candidate Donald Trump for his recent comments highlighting criminals who illegally enter the U.S. from Mexico. “From all of [the candidates], I am looking for a Lincolnesque response – that the decision, like Dred Scott, is wrong and unacceptable,” the insider said. Insiders also want to hear candidates affirm the basic nature of marriage and “God’s design for marriage as one man and one woman.” 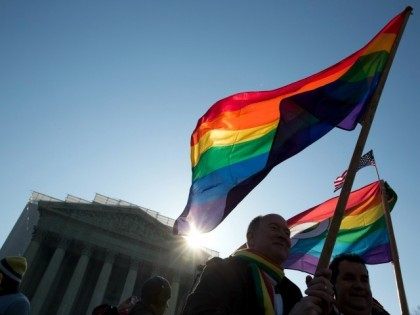 According to Trump’s campaign, “3.4 million Facebook users in the US generated 6.4 million interactions regarding the launch of his campaign, the highest by far, among all 2016 GOP candidates.” 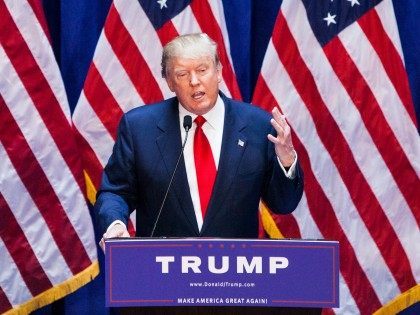 DAVI: Donald Trump–A Leader Who Paints in the Bold Colors of Red, White, and Blue

Donald Trump could be the presidential candidate who finally provides America with the message most grassroots conservatives have been waiting to hear.

President Obama can’t be trusted to negotiate a condo in Cleveland or a couch off Craigslist, let alone a trillion dollar trade deal that could impact millions of workers. But many Republicans in Washington think we can trust him to negotiate a new trade deal with Asia. Haven’t we learned our lesson? 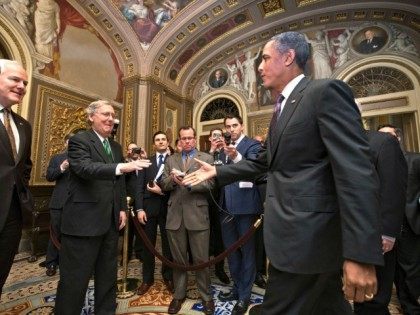 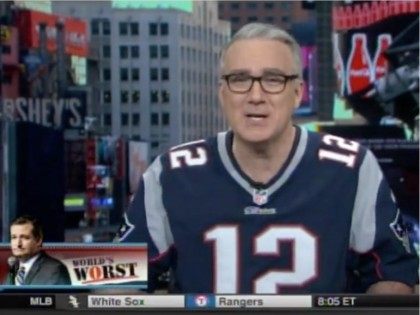 Sen. Ted Cruz (R-TX), a candidate for the Republican presidential nomination, made a campaign stop at the home of Massachusetts state Rep. Jim Lyons in Andover over the weekend and opened up by taking a jab at Democratic primary candidate

LOS ANGELES, California — 2016 presidential candidate Dr. Ben Carson sat down with Breitbart News during a visit to Los Angeles recently, where he weighed in on Hollywood’s creeping liberalism, social issues, and the ongoing war on terrorism in the Middle East. 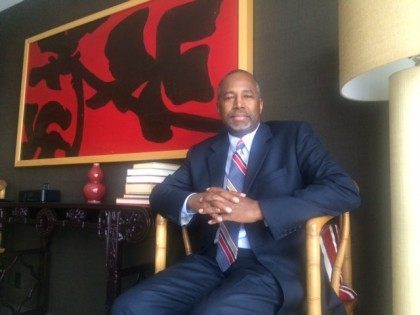 From Politico: The CNN Republican primary debate on Sept. 16 will be divided into two parts featuring two different sets of candidates: those who rank in the top 10 according to public polling, and the remaining candidates who meet a 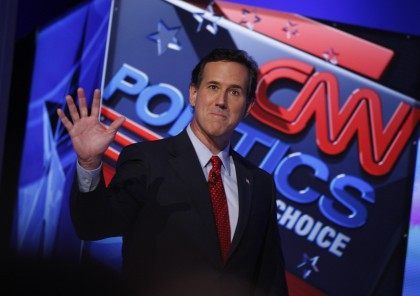