A report in Huffington Post recently revealed the case of Wikipedia editor Ed Sussman, who was paid by media clients such as NBC and Axios to help diminish critical material. Paid editors operating in a similar manner to Sussman have worked on behalf of CNN contributor Hilary Rosen and the CEOs of Reddit and Intel, among other clients. 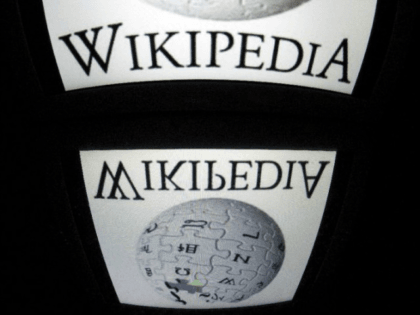 Sen. Amy Klobuchar (D-MN) officially announced her run for the 2020 Democratic presidential nomination at a rally held along the Mississippi River in her home state of Minnesota on Sunday. 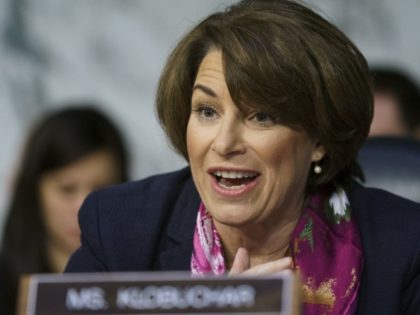 Twitter CEO Jack Dorsey granted an interview to HuffPost, Thursday, where he discussed collaborating with other Big Tech companies on censorship “methods,” expressed respect for conservative activist Laura Loomer’s fight against his own company, and denied sending his beard hair to rapper Azealia Banks. 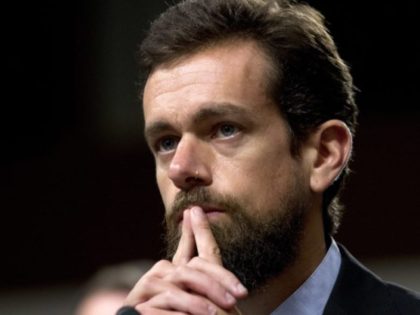 Brought to You by Verizon: Woke HuffPost Editor Cracks Jokes About Jews, Lesbians 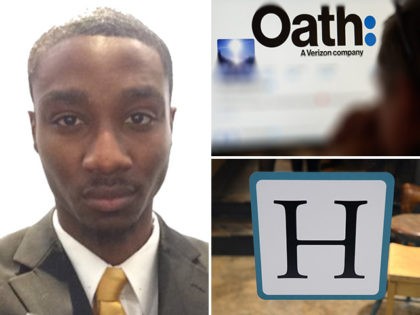 HuffPost: We Have Succeeded in ‘Goal’ to Have ‘Less Than 50% White Authors’

HuffPost Deputy Opinion Editor Chloe Angyal claimed the company had succeeded in its goal to have “less than 50% white authors,” on Wednesday. 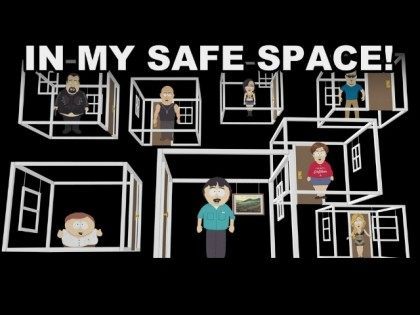 According to a Tuesday report from The Outline, news outlets such as Forbes, Fast Company, and the Huffington Post have taken payment from companies in exchange for positive coverage. 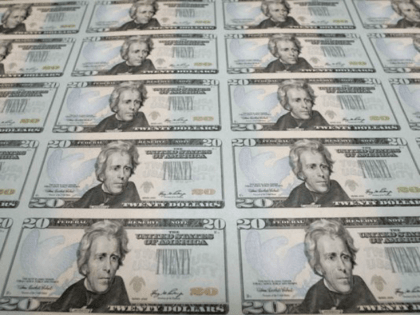 An executive editor at the Huffington Post attacked singer and actress Demi Lovato last week for refusing to talk about her sexuality in public. 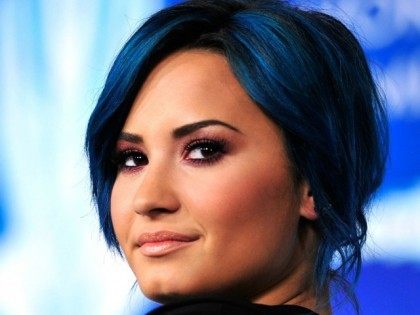 Jonah Peretti on Launching HuffPo with Andrew Breitbart and What the Breitbart.com Founder Would Think of Trump’s Trolling

Huffington Post co-founder Jonah Peretti claimed this week that Andrew Breitbart “would absolutely love” the “continued trolling” from Breitbart News and the Trump administration were he still alive today. 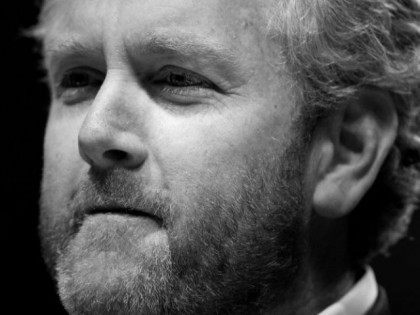 A South African man who, posing as a feminist activist, convinced the Huffington Post to publish an article calling for white males to have their voting rights removed has now lost his job after HuffPo editors tracked him down and confronted him at his workplace. 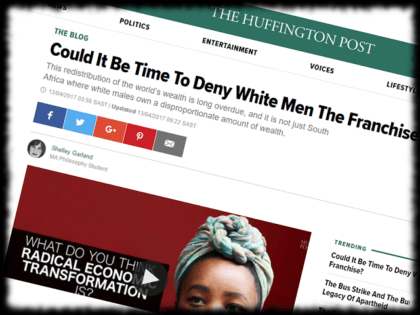 The Huffington Post removed an article arguing for banning white men from voting after they discovered that the author of the piece didn’t actually exist.

The New York Times, the New York Daily News, and The Huffington Post are responding to the Senate vote to repeal the Social Security gun ban by accusing GOP lawmakers of helping the mentally ill get guns. 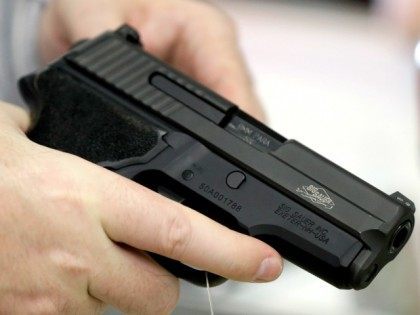 Nate Silver blasted the Huffington Post on Saturday night in response to an article that the site posted accusing him of “changing the results of polls,” The Hill reported. 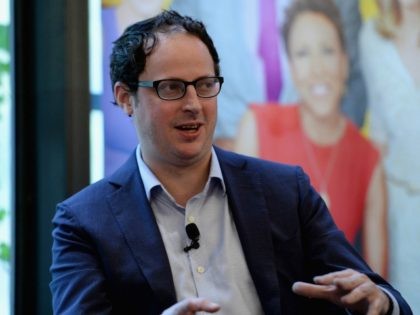 The Huffington Post’s Ryan Grim explains why some Republicans think Never-Trumpers are missing the point – and why they should keep their “commercial self-interest masquerading as ideological purity” to themselves. 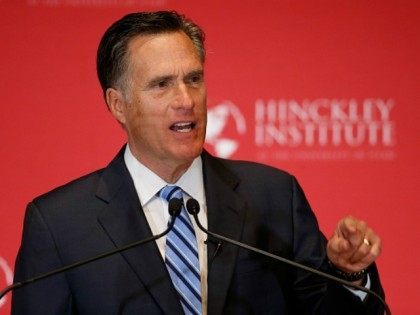 Nail in the Coffin: Huffington Post Calls for End to Clinton Foundation: ‘Just Shut it Down’

The Huffington Post, one of the world’s most trafficked news sites, featured a headline on Sunday calling for the closure of the embattled Clinton Foundation. The left-wing outlet’s front page banner linked to a New York Times article, which highlights, among other things, that Bill and Hillary Clinton’s billion dollar nonprofit has “accepted tens of millions of dollars from countries that the State Department — before, during and after Mrs. Clinton’s time as secretary — criticized for their records on sex discrimination and other human-rights issues.” 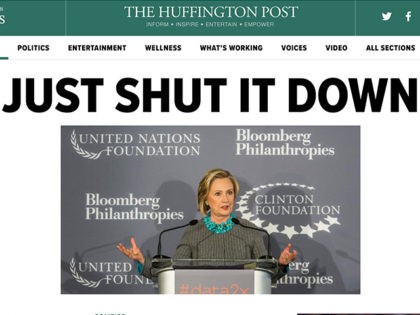 It was reported this week that BuzzFeed has slashed its 2016 revenue forecast in half, after missing its 2015 target by more than $80 million. 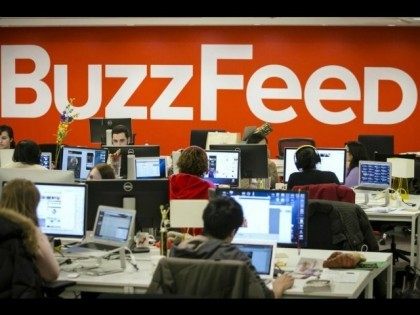 In their yearly wrap-up of what they deem “The Best and Worst Journalism of 2015,” the venerable and widely respected Columbia Journalism Review lays bare the sort of bias the Republicans can expect in the 2016 election cycle, as they claim the media “coddled” Donald Trump. 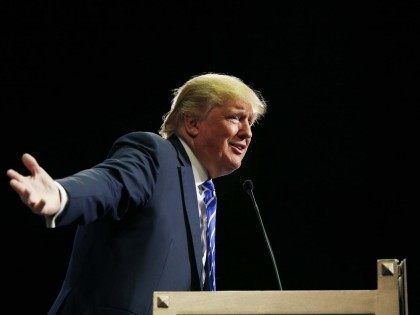 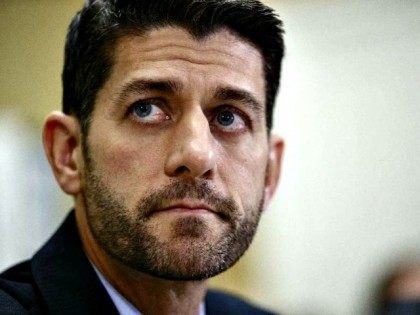