Border Patrol agents in Texas and Arizona arrested a slew of violent criminal aliens and MS-13 members over the course of the past week.

The criminal aliens include those with histories of rape, murder, sexual assault, child endangerment, and sexual conduct with a minor.

In the Rio Grande Valley Sector in South Texas, Border Patrol agents assigned to the McAllen Station arrested a Salvadoran national near the border town of Hidalgo, Texas, on October 11. Agents conducted a records check on the man and learned he has an active warrant from El Salvador in connection with a homicide in that country, according to information provided to Breitbart Texas by Border Patrol officials. He is said to be a member of the hyperviolent MS-13 gang.

Three days later, agents assigned to the Rio Grande City Station found a female Salvadoran national near the town of San Isidro, Texas. While processing the woman, she admitted to agents that she is also a member of MS-13. She showed the agents gang tattoos as proof of her membership. A records check on the woman substantiated her claim. 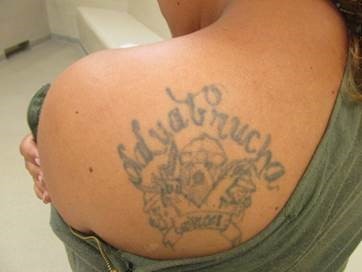 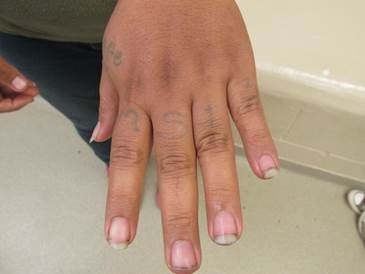 On October 15, Weslaco Station agents discovered a Mexican national who crossed the border illegally near Pharr, Texas. Agents arrested the man and took him to the station for processing where they learned he served four years in prison for a conviction of sexual penetration with force. The Los Angeles court allowed the criminal alien to plead down from a charge of rape.

Elsewhere in Texas, agents assigned to the Brackettville Border Patrol Station in the Del Rio Sector arrested an illegal alien who crossed the border on October 6 about 15 miles south of Brackettville, Texas. A records check confirmed the man is a member of the MS-13 gang.

“I am immensely proud of the vigilance and professionalism of our agents,” Del Rio Sector Acting Chief Patrol Agent Matthew J. Hudak said in a written statement to Breitbart Texas. “Every day our agents work to make our communities safer. This arrest is just one example of how we are keeping members of violent gangs off America’s streets.”

Nogales Station agents working along the southern Arizona border arrested Marcos Cruz-Castro, 21, on Friday after he illegally crossed the border near the town of Nogales. While processing the illegal alien, agents learned Cruz has a conviction in Wisconsin on a felony charge of exposing a child to dangerous materials, along with a misdemeanor conviction for sexual assault.

The next morning, agents captured another criminal alien crossing the border near Nogales. The agents arrested Jose Burrola-Pliego, 40, and took him to the station for processing. The criminal alien served time in a Mexican prison following a murder conviction. His record also includes prison time for numerous immigration violations in the U.S.

On Sunday afternoon, Nogales agents arrested another criminal alien shortly after he crossed the border from Mexico. The agents transported Luis Vargas-Vargas tot he Nogales Station for processing where they found out that Vargas has two convictions in 2013 for felony sexual conduct with a minor in Phoenix.

Tucson Station agents working near the town of Sasabe, Arizona, on Monday morning arrested Aloberto Hernandez-Ortiz, 44, for being illegally present in the U.S. Biometric information uncovered a criminal history that includes a murder conviction in Florida. Immigration officials deported Hernandez in 2014.

All of the criminal aliens face new charges for illegal entry or re-entry into the U.S.