Veterans Against Terrorism marched through London to deliver a petition to Downing Street, pressing the Government to take firmer action against Islamist terrorism.

“We want people to listen to us. There is a problem in this country. And the problem is there are some bad people actively targeting us and our children,” Mr. Campion said. 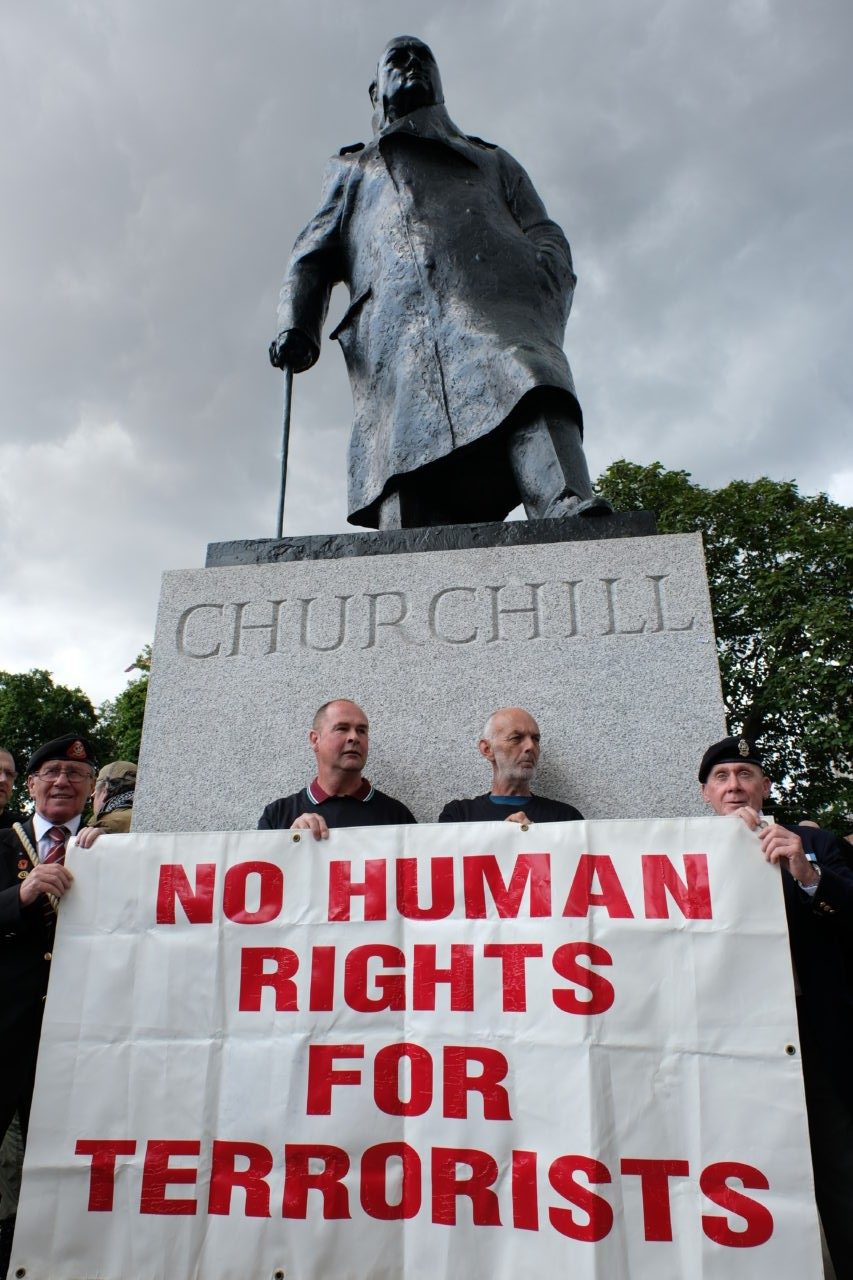 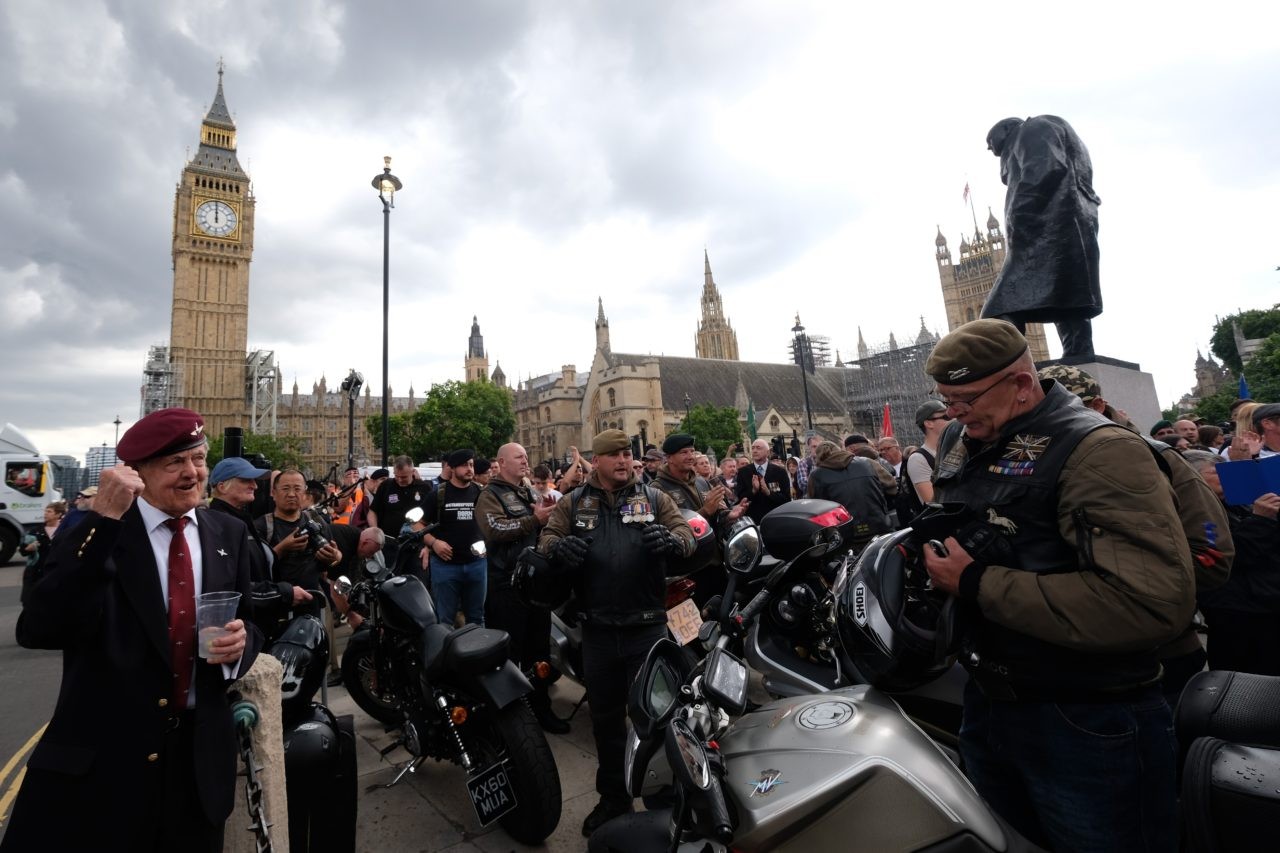 The group had previously marched through Manchester to express solidary with those affected by the deadly Manchester Arena terror attack, where suicide jihadist Salman Abedi specifically targetted an Ariana Grande concert which was attended mostly by young women, little girls, and families.

“This country is ours for only a small period of time before we hand it over to our children. At the moment, it’s not in a fit state to do so,” he added. 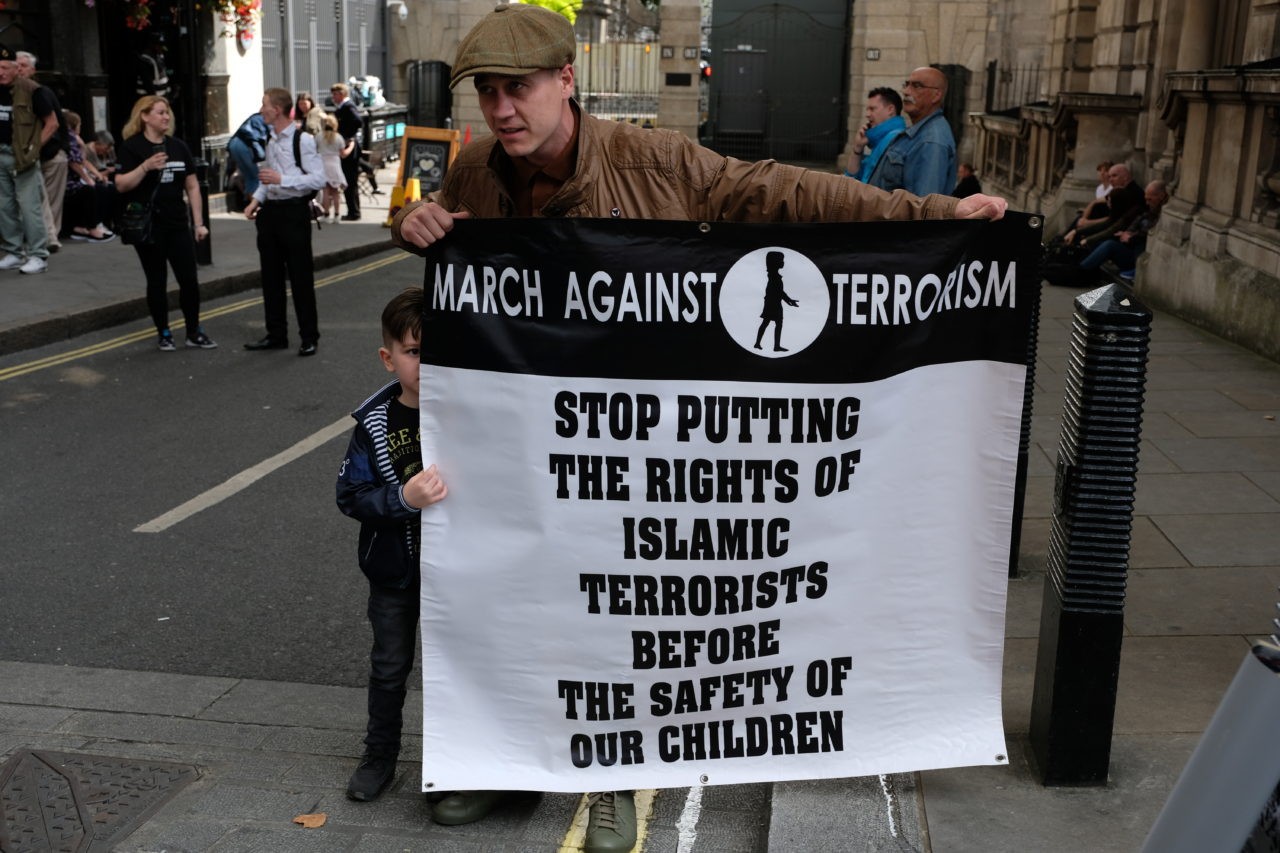 Referencing the 3,000 “top list” jihadists amongst the 23,000 Islamists that intelligence services are aware of, Mr. Campion suggested “lift[ing] these 3,000 people… What is the point of having a watch list? We cannot watch these people unless they are behind bars. They need to be taken off the streets.” 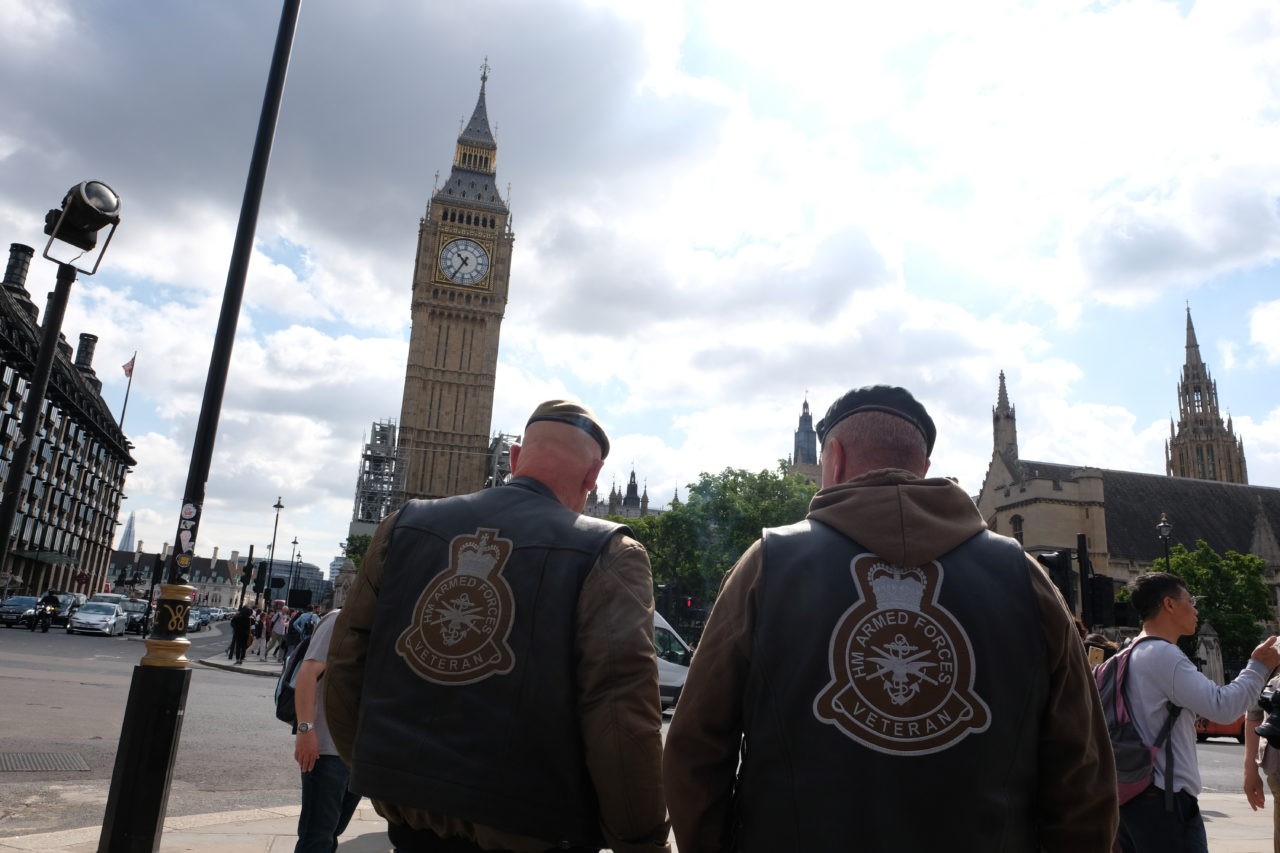 The former SAS soldier added that Britain’s borders need to be controlled, saying “that is something we’re not doing now”. 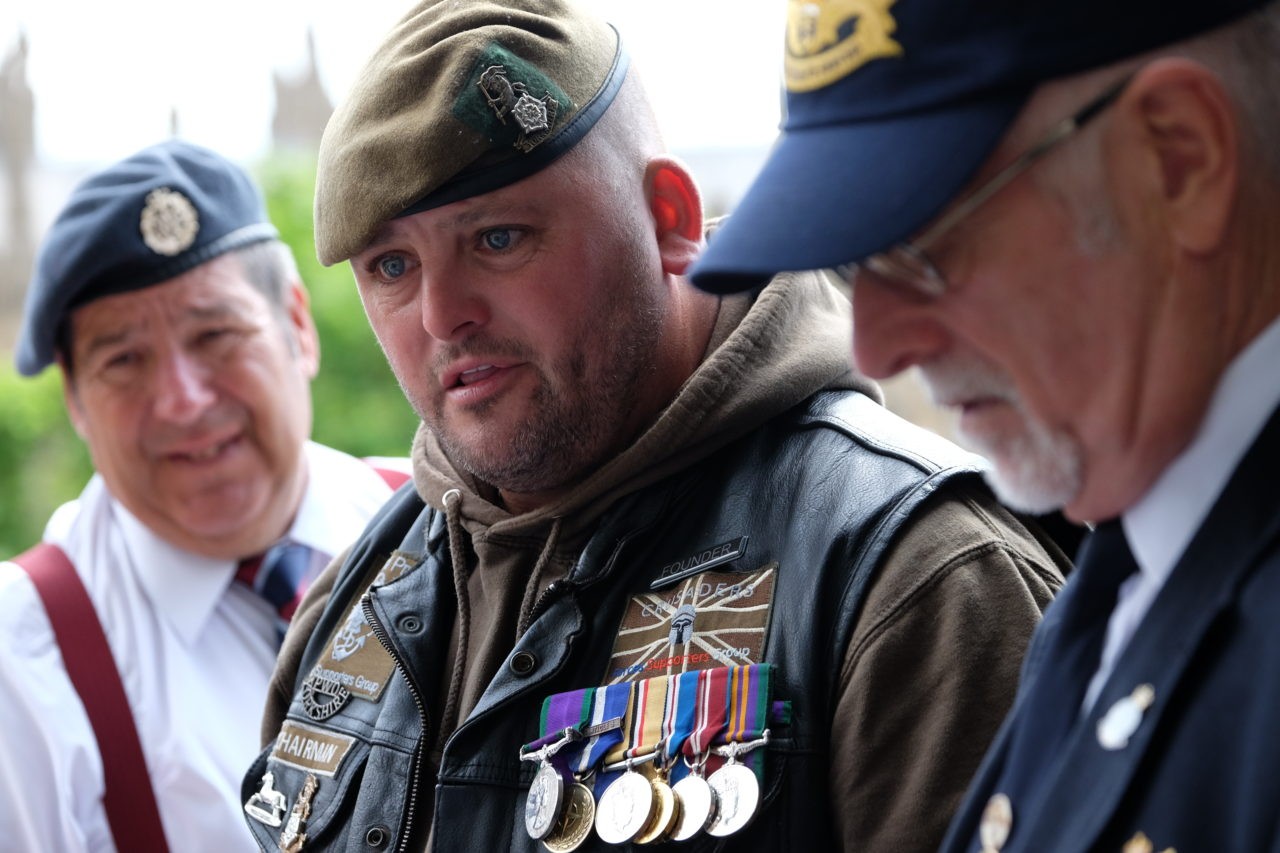 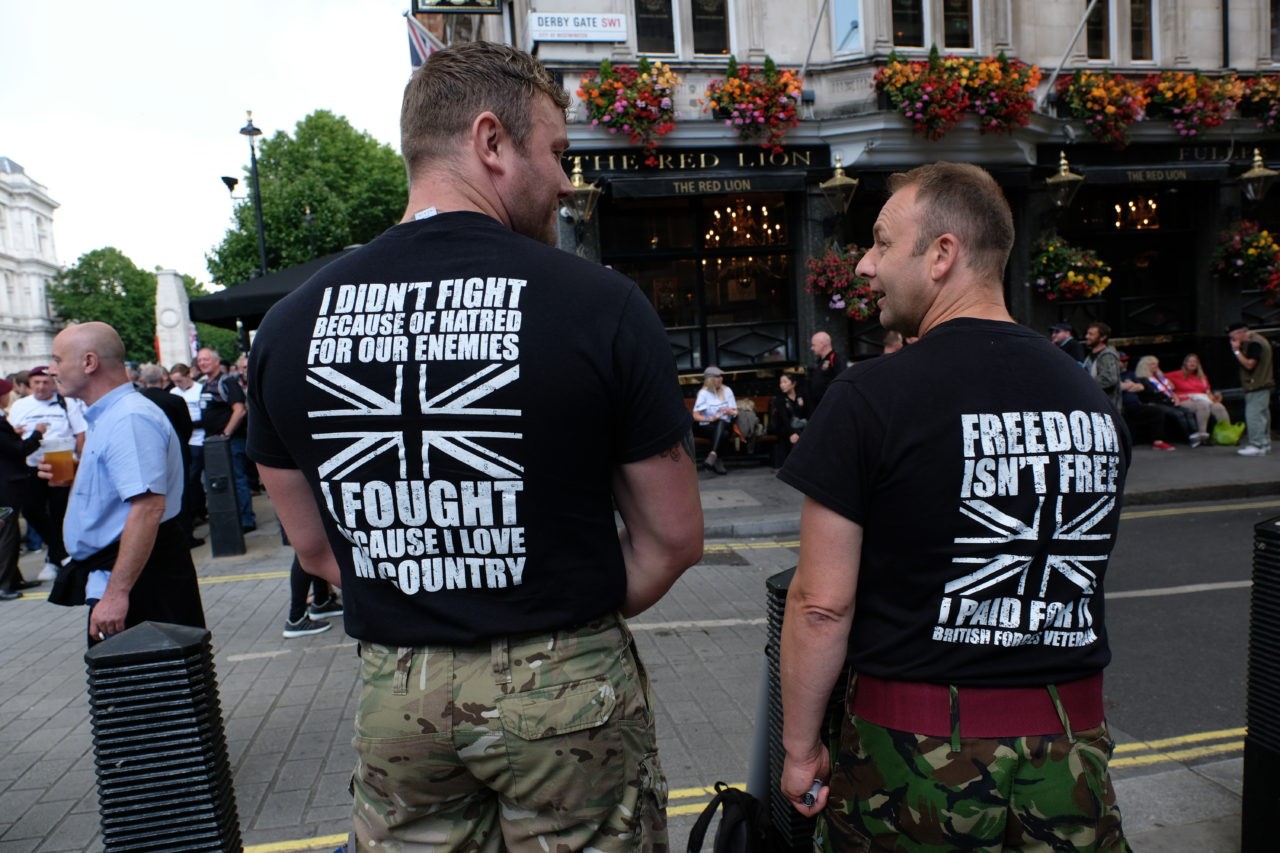 After marching from Westminster to Trafalgar Square, led by a lone bagpiper, a speaker addressed the hundreds of supporters, directing his comments at Islamists: “You will not impose your Islamic Fascism on this country. It will not happen. There will be no Islamic supremacism in this country. We will win.”

“We also completely condemn any violence against Muslims,” he pressed. “That is not what we’re about.” 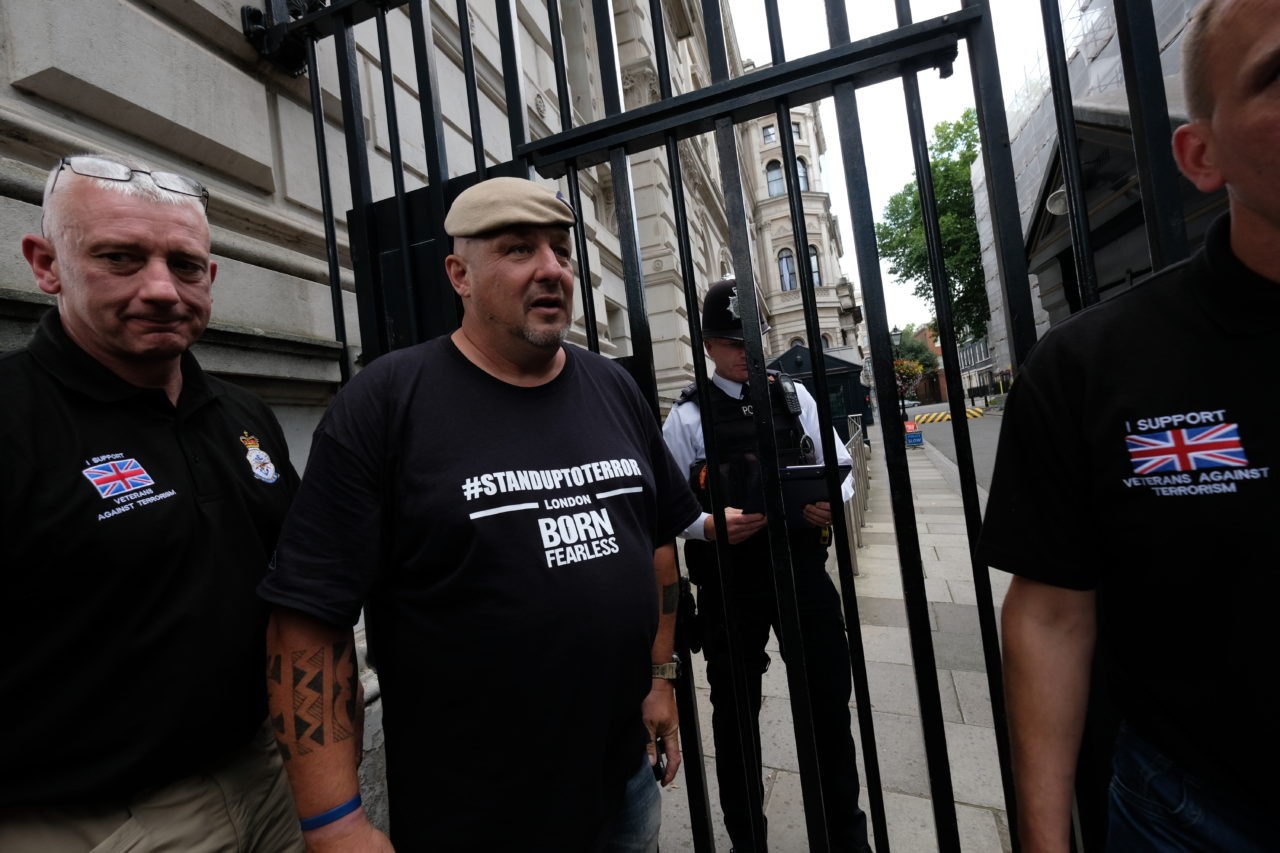 Campion told the crowd: “We’re not political, we’re not religious. We’re real people who live in these towns and these scumbags have come to try and break them up with their lunacy and their idiotic ideologies.

“All I want is somewhere where my family can live safely.”

Praising the nation’s security services, he lamented that they “have been hampered by wishy-washy, pussy-footing shits.”

“I don’t mind the odd profanity now and again to highlight exactly how heinous those imbeciles are. 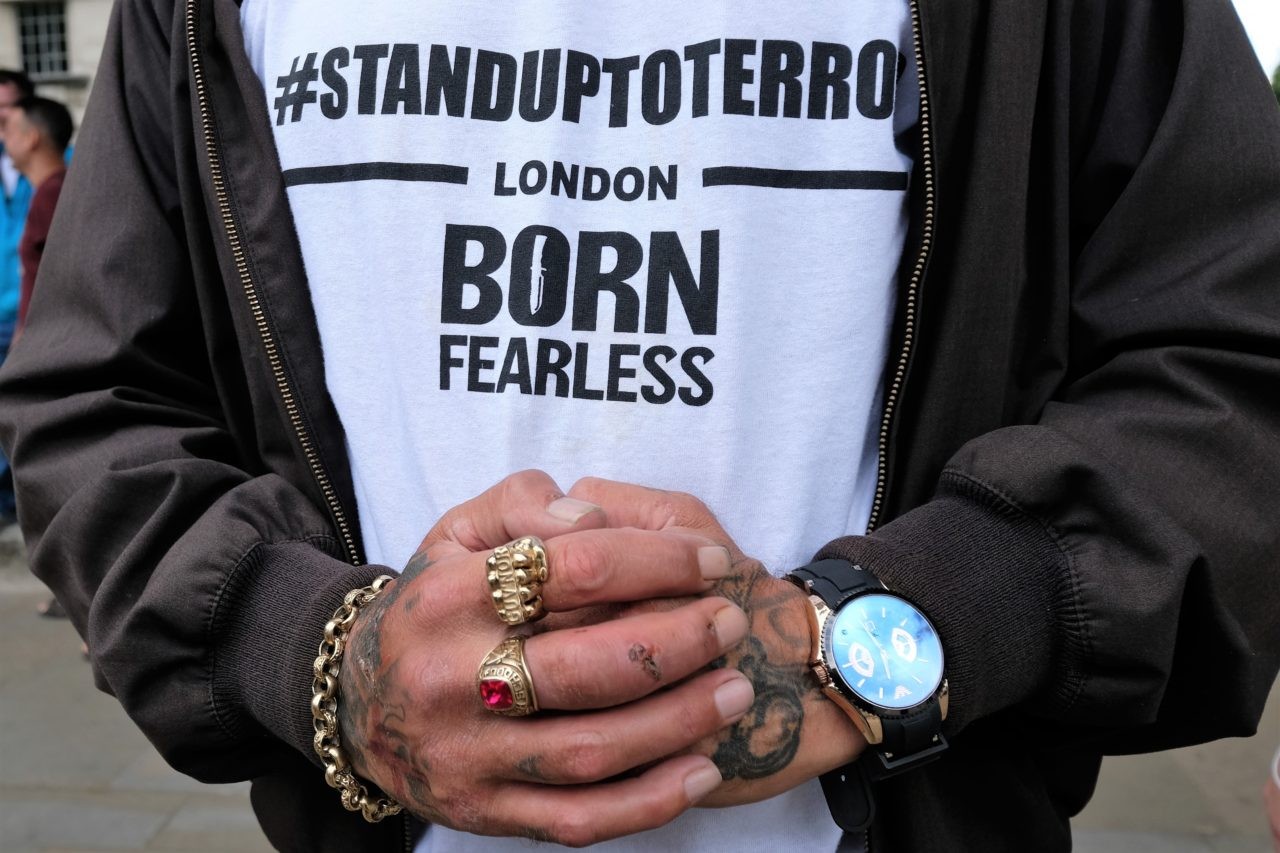