Following Thursday’s arrests, police said they had found five handguns, but on Friday prosecutors said that searches of the men’s homes also uncovered “large amounts of raw materials for explosives for bomb vests and 100 kilograms (220 pounds) of fertilizer, possibly for use in a car bomb.”

Earlier, prosecutors had said that the men, who had been the subjects of a multi-agency investigation since April, were attempting to obtain AK-47 assault rifles, handguns, bomb vests, grenades and raw materials for bombs and were looking for opportunities to train with such weapons.

The group allegedly wanted to attack a large event, causing multiple casualties, and planned to detonate a car bomb at another location. Investigations into the suspects’ possible target are continuing.

The National Coordinator for Counterterrorism and Security said in a statement that the threat level in the Netherlands remains unchanged, at four on a scale of five.

“These arrests have removed the concrete threat of a terrorist network,” the coordinator said.

“There is no reason to avoid events,” the statement added. “But at the same time we remain realistic: We can never guarantee 100 percent security.” 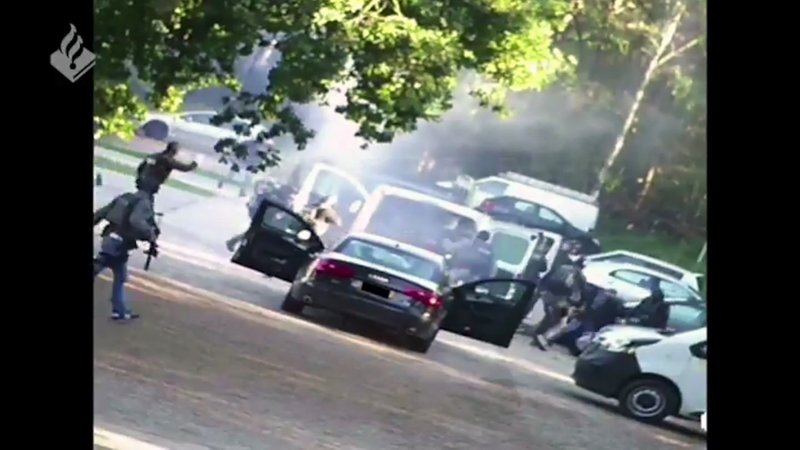 The seven suspects, whose ages ranged from 21 to 34, appeared before an investigating judge Friday at a closed-door hearing and their detention was extended until next week. The suspects’ identities haven’t been released.

About 400 police took part in raids Thursday that led to the arrest of the men. Three of them, including the alleged ring leader, a 34-year-old Iraqi, have previously been convicted of attempting to travel overseas to join extremist networks.

Dutch media reported that one of the suspects had previously been detained but not charged after taking photographs at a military airbase where he was working.

Prime Minister Mark Rutte expressed gratitude to the security services for the raids and said that while an attack had been foiled, the arrests “show how important it is that we remain alert.”