We’ve blown it once again, another great opportunity to win the biggest sporting event on the planet and America comes away empty handed in the World Cup.

I thought this was our year. The world was supposed to love us. We were told that during the 2008 Presidential election that all we had to do was put Barack Hussein Obama in office, and the world would love us. Instead, what do we get? We get horrible calls where goals are being taken away from us by World Cup officials who are either blind, or they haven’t heard that Obama is now our President. 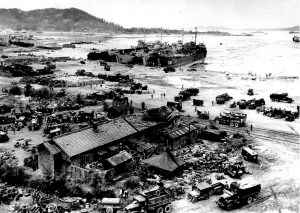 Now, before you think that sports and politics do not mix, just Google “USA Basketball vs. USSR 1972.” Sports and politics cannot be separated. Oh, there was another political incident that year involving Israeli athletes, but since Obama was only 11 years old at the time it’s not relevant to this White House.

I watched much of the media analysis of World Cup Soccer and much of it centered around who played where and why, and how USA coach Bob Bradley said “we needed stronger legs in the midfield.” You had Ricardo Clark and the Yellow Card and bla bla bla bla bla. No, forget all that, there is something much bigger here that the media is missing. This is the biggest sporting event in this solar system, so no analysis can be ignored.

I watched Obama at the Brandenburg Gate before he was elected when he proclaimed himself a “citizen of the world.” The reverb is still in my head. Citi—citi—citizen—-of–of–of—the–the—Worlddddddd. That should at least get us a decent call during the World Cup. Now, I’m not really sure what a Citizen of the World is and what Constitution or laws a Citizen of the World needs to follow, but that shouldn’t matter here. This was the shout-out heard ’round the world and I thought for sure it would count for something in Ghana or Rustenburg. Apparently not.

Chris Matthews and Keith Olbermann (Keith is a former sports guy, so I know he’s very smart about this sort of stuff—can’t wait to hear him explain this next week) both told us many times that we had to elect Barack Hussein Obama so that we would get respect around the world because Evil Bush was going to be locked away in the stocks at Crawford forever and Obama was the President that the world had been waiting for.

But, when it was all said and done, I guess a World Cup just wasn’t possible for the USA this time. We can’t blame Obama though, he’s had a lot on his mind lately. Those are tough putts on the 9th green at Congressional.

So, where do we go from here to get this fixed by the time the next World Cup rolls around? I’m one who likes to provide answers and solutions. First, clearly Obama needs to be elected again in 2012. Like his failed Chicago Olympics pitch, Obama just didn’t have enough time to prepare to get the deal done, otherwise we would’ve gotten those Games and won the World Cup. We know the world still loves him because he’s Not Bush and will always be Not Bush.

We need to placate the world in a few other ways as if we want their love and support and a future World Cup title. There is a U.S. Supreme Court Justice opening right now, and perhaps a couple more between now and 2014. What would be wrong with choosing one of the top judges in Germany for our Supreme Court? This could be the first German on the U.S. Supreme Court! History is made! Plus, we may meet them in the Finals.

Better yet, why don’t we let Argentina just choose one of the openings and we bypass the confirmation process. If we do that, then possibly Maradona will retire and our odds increase greatly. We should have Brazil covered since we loaned them $2 billion dollars so they can drill for oil. If it takes $2 billion more for Petrobras, that should be no problem, do whatever it takes. They will sell us the oil if we need it.

How about we let China have a Czar position in Obama’s White House? That would be easy to do. No confirmation needed there. President Hu Jintao can just pick somebody he wants to be the Czar and China will love us. NBC did all those nice features on how great China is and they showed all those glowing pictures of Chairman Mao during the Olympics, that should count for something. I know they don’t have a great soccer team, but since 1 in every 5 people on the planet are from China, we need to cover our bases. Odds are in their favor that there is a Yao Ming of soccer in that country.

Middle Eastern soccer teams have not really been that much of a threat, but we cannot take any chances here. Uday Hussein hurt the teams in Iraq a bit by chopping off the heads and feet of their players after losses, but if Obama just lets Muslims build a mosque next to the site of the World Trade Center they would love us more than ever (wait—is that happening already? Wow! What did we get in exchange, a Burger King in Kandahar, perhaps?).

Placate needs to be our battle cry for the 2014 World Cup!

We can solve the world’s problems, easily and simply. Plus, we can win a World Cup in 2014! Just follow this game plan and we are favorites in the 2014. My despair has turned to hope thanks to the direction Obama is taking America! Hope. This is the biggest sporting event in the universe, after all. Placate 2014!