Chinese state media gloated over the weekend that the Beijing Winter Olympics generated a windfall of profits for domestic sportswear companies – companies which, of course, would have no scruples about using forced labor from the oppressed Uyghur Muslims to create their products.

The unwatched Genocide Games were a disaster for American networks and promoters, but China’s state-run Global Times on Saturday claimed “snow mania” was producing “surging orders from both home and abroad” for Chinese-made winter sports gear:

With China achieving its goal of engaging 300 million people in winter sports prior to the Beijing 2022 Winter Olympics, a huge market has formed up, which will greatly boost the development of China’s winter sports equipment manufacturing industries, Jiang Yiyi, deputy head of the School of Leisure Sports and Tourism under the Beijing Sport University, told the Global Times on Saturday.

“After the Winter Olympics, snow and ice enthusiasm will continue for a long time in China. The ski market, in particular, is expected to accelerate. It is expected that by 2030, the number of domestic skiers will be close to 60 million, on par with the world’s super ski powers like the US, France and Austria,” said Wu.

The Winter Olympics will promote the development of the winter sports manufacturing sector in the long run, according to Jiang. 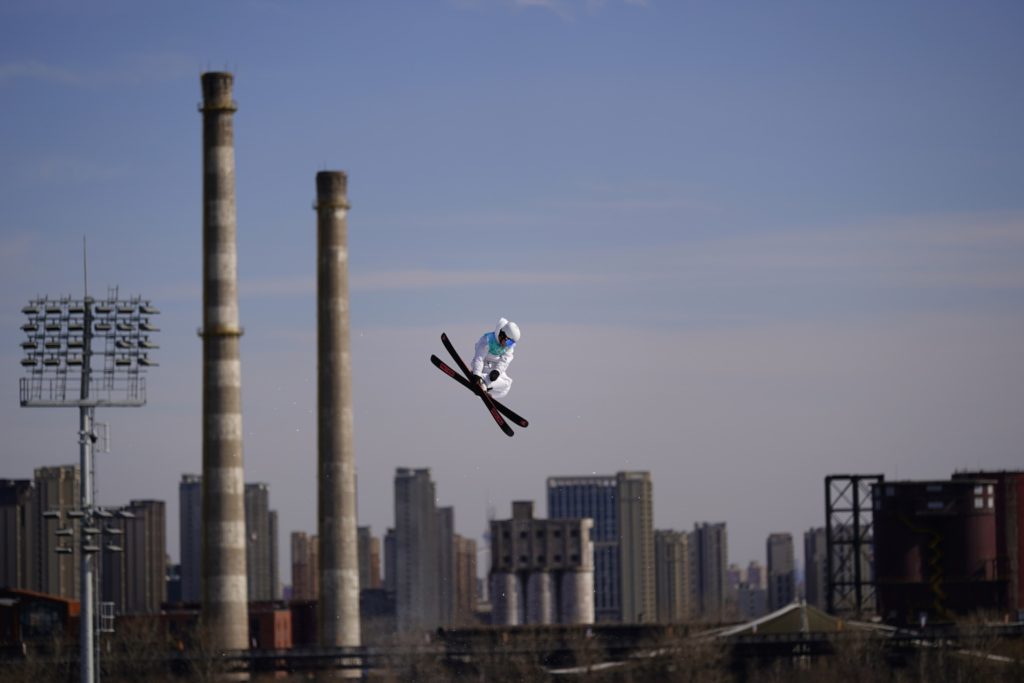 Matej Svancer of Austria trains ahead of the men’s freestyle skiing big air qualification round of the 2022 Winter Olympics, Monday, Feb. 7, 2022, in Beijing. (AP Photo/Matt Slocum)

The Global Times quoted one Chinese snowboard manufacturer and one company that makes ski poles and snowshoes claiming overseas orders surged because of the Beijing Winter Olympics, and online retail giant Alibaba reported increased worldwide orders for Chinese ski products, but most of the article was devoted to increased domestic sales from companies that claimed the Olympics produced a massive surge of interest in winter sports among the Chinese.

Another triumphalist Global Times piece on Sunday applauded “Chinese 18-year-old skier star Gu Ailing” (until recently an American who competed under the name Eileen Gu) for glamorizing the Olympics and kickstarting a revolution in Chinese sports fashion.

The Chinese Communist paper swooned over Gu for holding a “fashion show” from her room on social media and touting products from Anta, a Chinese sportswear company and official partner of the Chinese Olympic Committee.

The Global Times claimed the Genocide Games “catapulted many home-grown brands like Anta, Li Ning and Peak to global star brands” with “huge growth opportunities” now that their “brand awareness” has been boosted.