British Army officers have visited and prayed at a ‘fundamentalist‘ mosque that has been linked to the 7/7, 9/11, and San Bernardino terrorist attacks, Breitbart London can reveal.

Tablighi Jamaat (TJ) – whose leadership once hosted an Al-Qaeda associate of Osama bin Laden, who call on British Muslims to wage jihad against Western troops – became the focus of international scrutiny last year after San Bernardino terrorists Syed Farouk and Tashfeen Malik were found to have attended their mosques.

TJ is an offshoot of the radical Deobandi sect, founded in colonial India specifically to oppose Western culture. Their global Headquarters is in Dewsbury, England – a town that produced the leader of the 7/7 London bombings, several ISIS suicide bombers, and even Britain’s youngest convicted Islamist extremist.

The Deobandi school of thought also ‘gave birth‘ to the Taliban in Afghanistan. As British forces battled Taliban insurgents in 2001, with nearly 500 losing their lives, the Indian headquarters of the movement, the Darul Uloom Deobandi, continued to offer its explicit support to the terrorists.

“Brigade officers visit to the Zakaria Mosque. The officers were introduced to the ritual washing of hands, face and feet by Molana Farook Yunus, the project manager of Kumon Y’All, before entering the prayer room”, announced the 4th Infantry Brigade of Catterick, North Yorkshire, on their Facebook page.

The Deobandi Zakaria mosque that the officers chose to visit sits in the Savile Town area of Dewsbury, which is 98.7 per cent South Asian and has been described as “the most segregated area in the UK.” 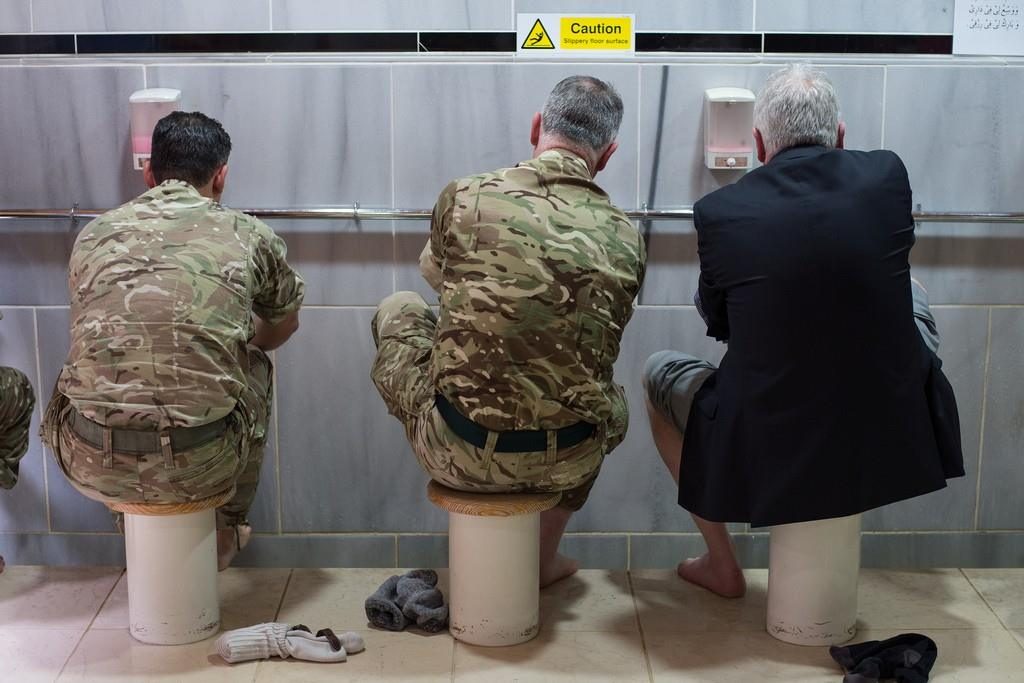 Another Facebook post revealed how, “the soldiers also visited the Institute of Islamic Education, a boarding school and darul uloom (Islamic seminary) in South Street,” which is located within the TJ’s headquarters.

TJ is commonly referred to as the “Army of Darkness“, and has been linked to high profile Muslim cabinet ministers, as well as being the group that Zacharias Moussaoui, a convicted 9/11 plotter, associated with. Mr. Moussaoui was defended by the new London mayor Sadiq Khan.

According to Ebrahim Rangooni, the movement’s leading advocate, their aim is to save the Muslim world “from the culture and civilisation of the Jews and the Christians…” To this end, he has suggested cultivating, “such hatred for their ways as human beings have to urine and excrement.”

Whilst there is little doubt institutions like the army need to build trust and work towards integration in isolated areas such as Savile town, Breitbart London contacted them to ask why they had chosen to visit Tablighi Jamaat, rather than more moderate Islamic groups without links to terrorism.

An Army spokesperson told Breitbart London: “It is vital that the Army reflects the society from which it is drawn. To do that we need to engage with all our communities and break down the myths about what the Army does and who we are.

“The visit to Dewsbury did exactly that and was part of a wider strategy of demonstrating that service with the British Army is entirely consistent with Islam.” 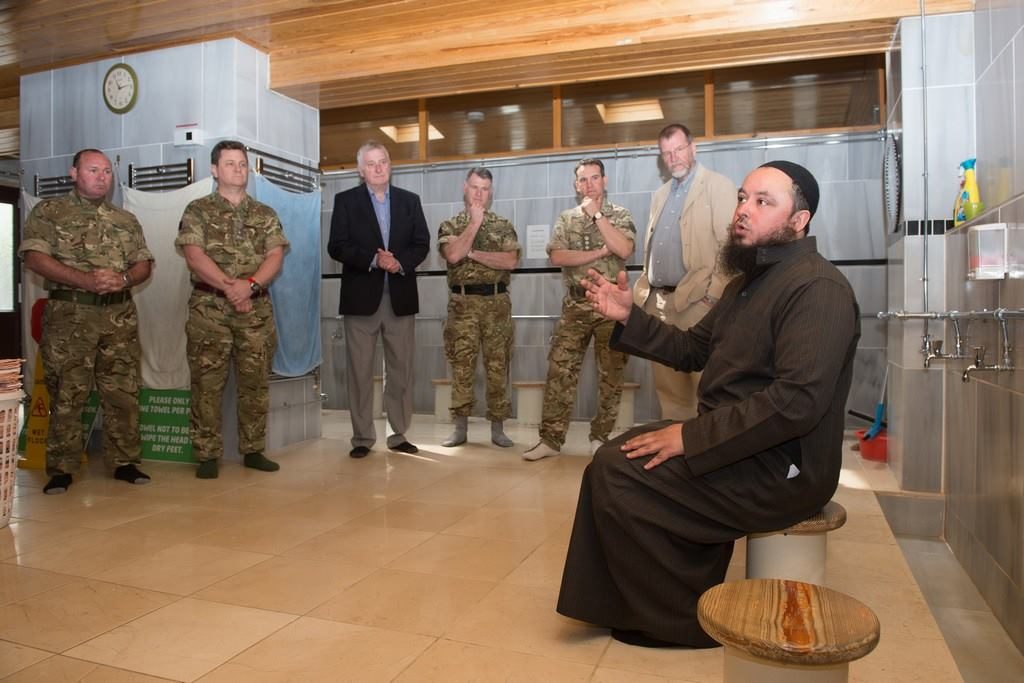 In 1993, Tablighi Jamaat’s UK leadership hosted an Al-Qaeda associate of Osama bin Laden, who spoke to numerous future terrorists as he toured 42 TJ mosques and madrassas across Britain.

Cleric Masood Azhar spoke at three mosques in Dewsbury and Batley in West Yorkshire, including one sermon, “From jihad to jannat [paradise]”, which was heard by a “huge crowd”.

At a separate talk, he said the aim of all true Muslims must be the “elimination of the oppressive and infidel system by the blessing of jihad” and promised those who died for the cause would be guaranteed “Houris [Virgins]” who “yearn badly for martyrs”.

“The [Tablighi Jamaat] school provides a full-time education as well as training Imams, Islamic studies teachers and scholars in order to benefit the communities to which they return”, explained the 4th Infantry Brigade on Facebook. 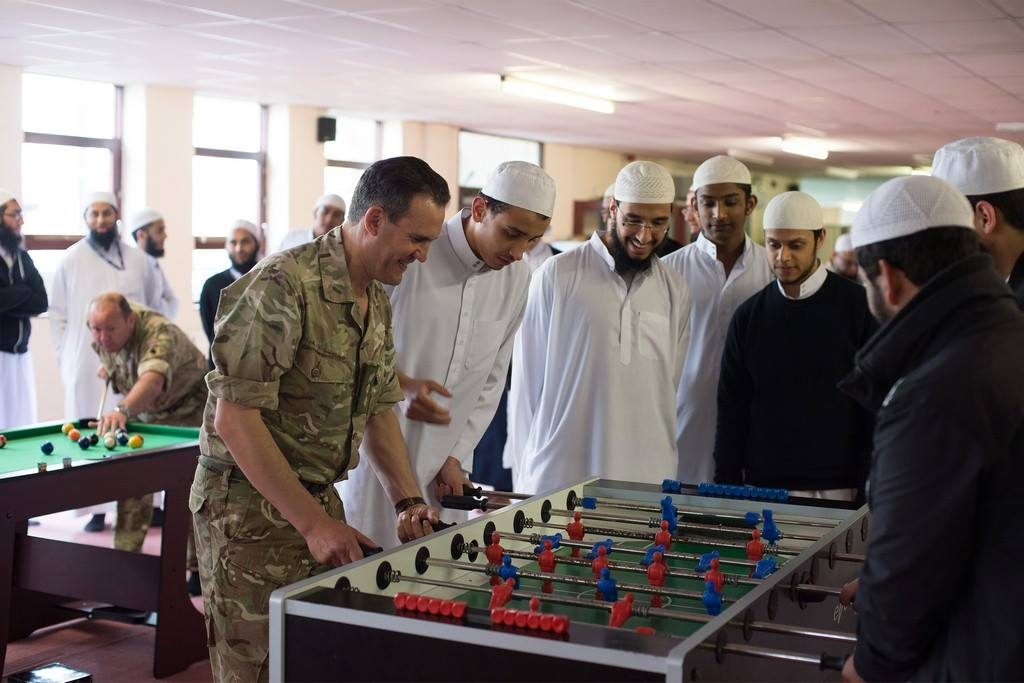 The visit was organised by the Islamic charity Kumon Y’All. A project manager for the charity, Maulana Farook Yunus, told Pulse 1 Radio:

“The Army is a lot of very powerful people and I am very passionate about tapping into that resource and using it for the betterment of society.

“I feel really happy that today they have come, we have met and had a few hours together. I feel that our relationship is getting better and stronger and we can use that for what we want to achieve.”

There are reported to be plans for the Army to take part in the annual football tournament in Savile Town in July, and for a future visit by the Kumon Y’All charity to the Catterick barracks.

Colonel Butterwick of the 4th Infantry Brigade said: “It has been a fantastic day – we have learned so much and we have been warmly welcomed by everybody we have talked to.

“What it does is bust myths and the more myth-busting we can do, the more we understand each other.” 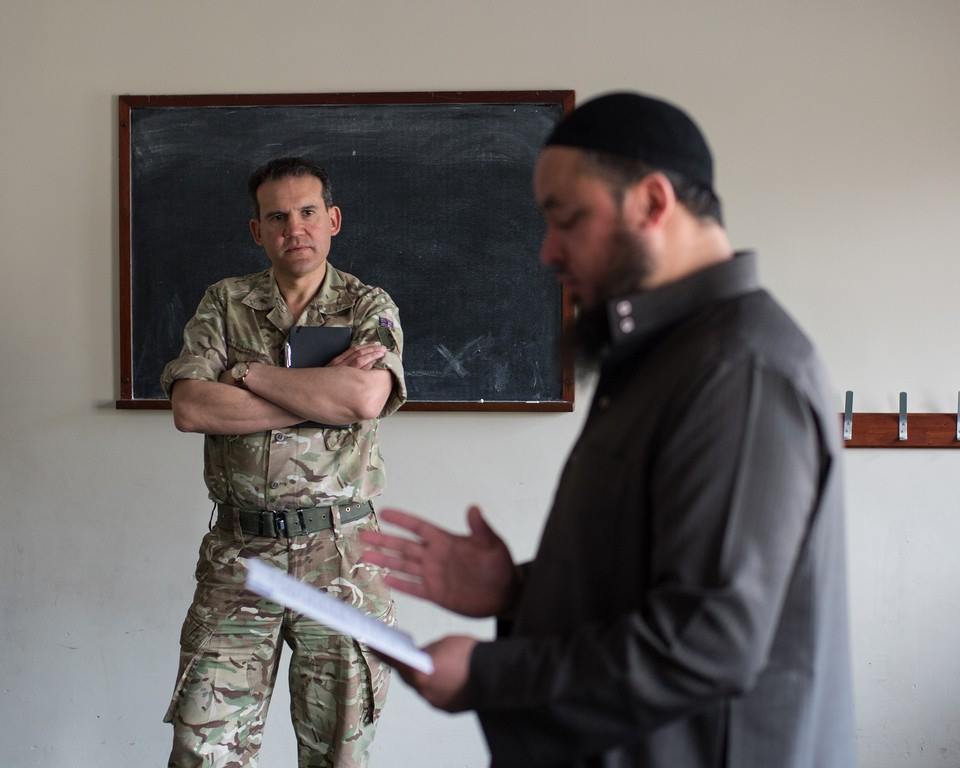 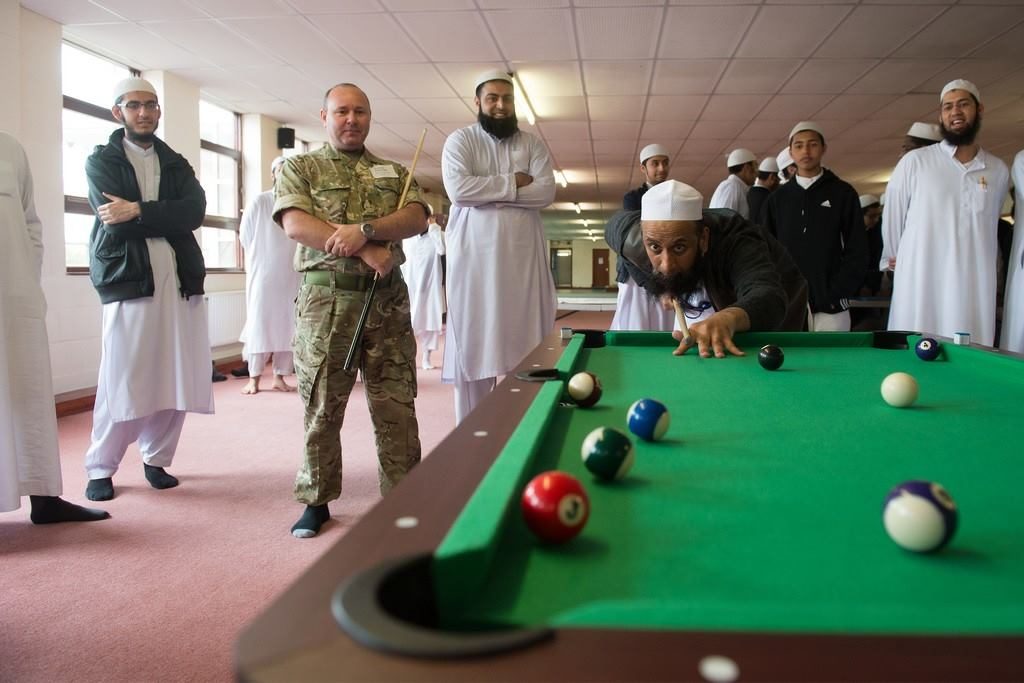