(REUTERS) – British and French interior ministers agreed on Tuesday to develop cooperation “now and when the United Kingdom leaves the EU” to address challenges posed by flows of migrants to the European Union.

Britain’s new interior minister, Amber Rudd, came to Paris to meet her French counterpart, seeking assurances on a deal which allows Britain to make border checks in Calais and keep thousands of would-be migrants and asylum seekers in France.

The meeting came days after French presidential contender Nicolas Sarkozy said Britain should deal on its own territory with migrants camped in the northern town, joining similar calls by Alain Juppe, also a conservative presidential candidate.

Officials say there are about 7,000 migrants sprawled across the area known as the “Jungle” north of Calais, with the aim of many to reach Britain illegally through the Channel Tunnel. Non-governmental organisations put the number at over 9,000.

“We are committed to working together to strengthen the security of our shared border, to strongly diminish the migratory pressure in Calais and preserve the vital economic link supported by the juxtaposed controls in Calais,” Rudd and her French counterpart Bernard Cazeneuve said in a statement.

“We pledge that this co-operation must and will be developed, now and after the United Kingdom leaves the EU,” they added. 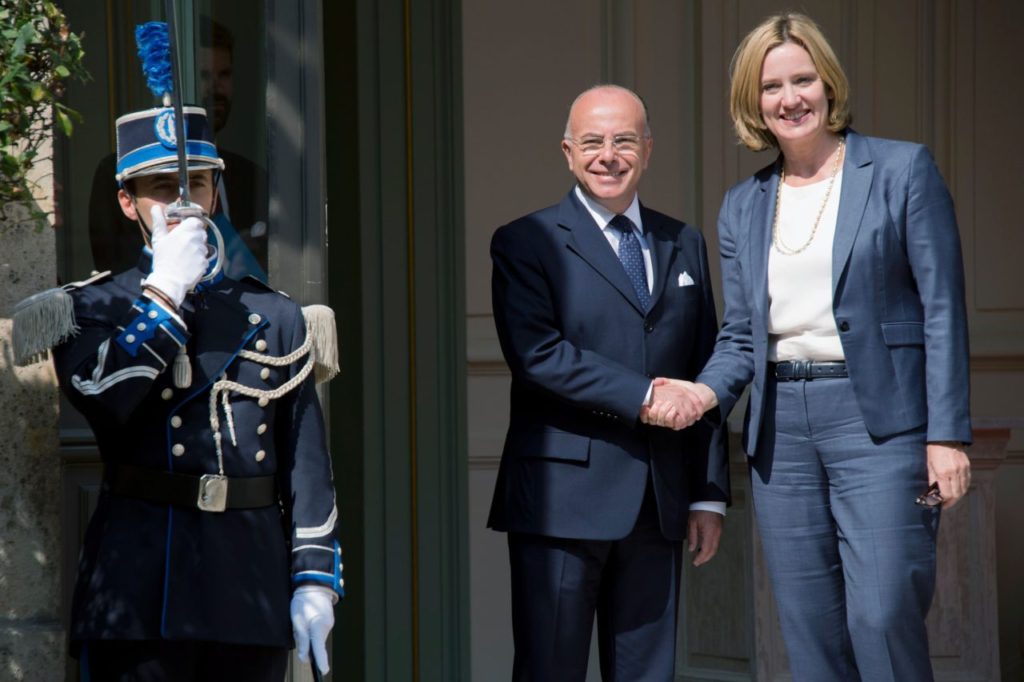 Some French and British officials, including then prime minister David Cameron, had warned Britain that the Anglo-French Le Touquet agreement could be harmed if the country voted to leave the European Union at a referendum on June 23.

Sarkozy’s comments chimed with Xavier Bertrand, the region’s head, who said France should scrap the agreement unless British Prime Minister Theresa May agreed to renegotiate the system agreed under the accord which allows British officials to check passports in France.

Bertrand, who belongs to the same party as Sarkozy and Juppe, the conservative Les Republicains, has no power on migration issues, which was a hot-button issue in the Brexit vote in Britain and is now also in the campaign for next April’s presidential election in France.

France’s Socialist government, including Cazeneuve and President Francois Hollande, have repeatedly said they will respect the Le Touquet agreement which, if dropped, could spur the flow of refugees fleeing war and poverty in the Middle East and Africa through France to Britain.