(REUTERS) – French authorities prepared on Thursday to dismantle a makeshift migrant camp in central Paris, its numbers swelled by refugees from a larger settlement in Calais that was meanwhile shut down for good.

In twin actions that epitomised Europe’s failure to adequately cater for the waves of refugees that have reached its shores since early 2015, the last migrants left the Calais camp while some 3,000 prepared for what might be their last night under canvas near the capital’s Stalingrad metro station.

In a final operation in Calais after the camp was razed over the past two weeks, demolition teams knocked down a makeshift mosque and church that migrants who dreamed of reaching Britain would worship in. 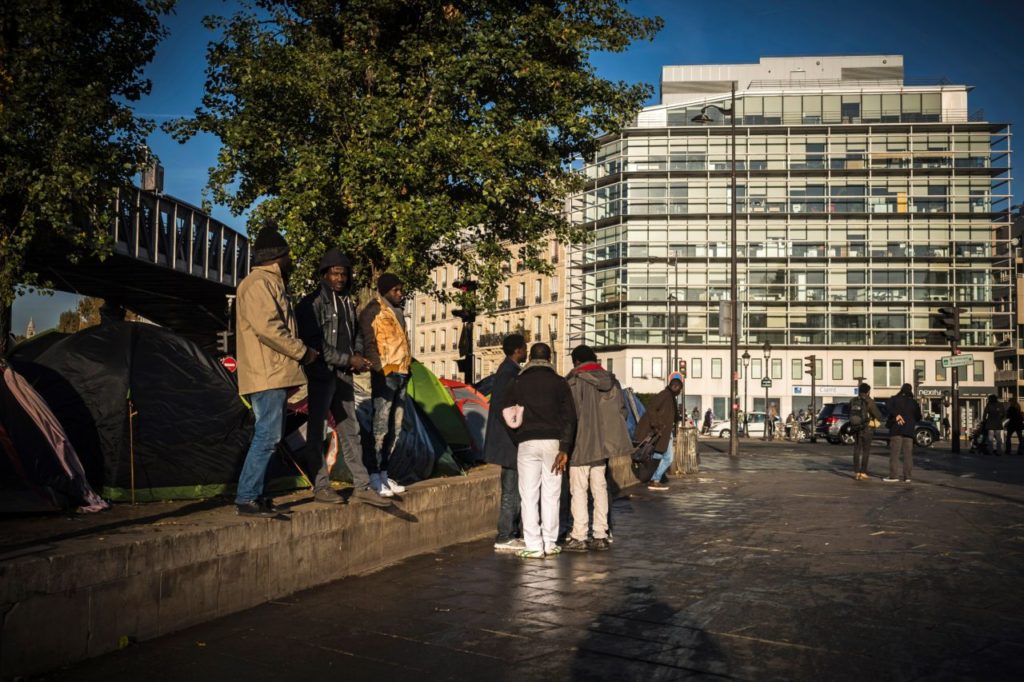 Migrants look on on November 3, 2016 in Paris at a migrant tent camp at the Stalingrad metro station, one of several camps sprouting up around the French capital. (LIONEL BONAVENTURE/AFP/Getty Images)

The camp’s last inhabitants, some three hundred women and children, were transferred to temporary housing centres across France.

Interior Minister Bernard Cazeneuve has said the Stalingrad camp would be torn down by the end of the week. As France gears up for a wide-open presidential election with immigration a hot-button theme on the campaign trail, a ministry insider said that process could begin on Friday morning.

The socialist mayor of Paris, Anne Hidalgo, is building two temporary sites to house 1,000 migrants, but wants those at Stalingrad to be sheltered elsewhere first.

“There aren’t enough places for all of us,” said one Afghan migrant who identified himself as Naviid, echoing the concern of others over where they will be sent. 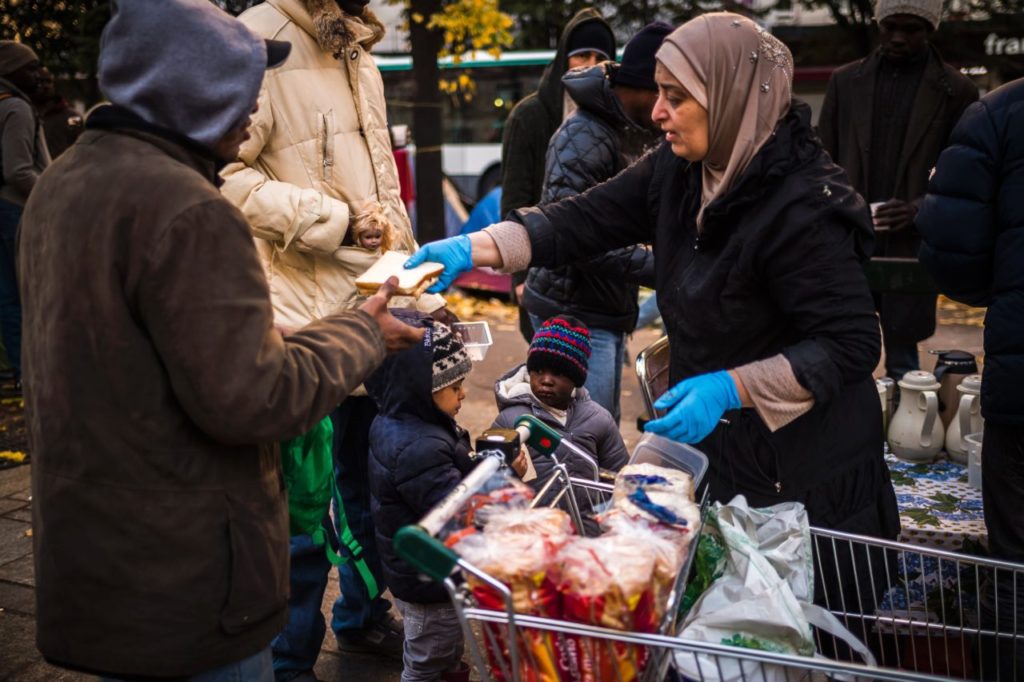 A woman gives food to migrants at a make-shift tent camp near to the Stalingrad metro station, one of several camps sprouting up around the French capital, on November 3, 2016 in Paris. (LIONEL BONAVENTURE/AFP/Getty Images)

A source familiar with the operation to clear the Stalingrad camp said the authorities were having to find 4,000 places.

Many of the migrants camped out along Stalingrad’s boulevards are Africans fleeing war and poverty. Some arrived in Paris from Calais, other spent time in other European countries and deciding their best chances of a better future lay in France.

On one afternoon this week, scores repeated aloud French phrases in an open-air class run by volunteers.

“People help us here. They bring us food and clothing,” said one Somali migrant who previously spent two years in Denmark. “In Denmark, people didn’t much like refugees.”

(By Cyril Camu and Pascal Rossignol. Additional reporting by Pierre Savary in Lille and Mattthias Blamont in Paris; Writing by Richard Lough; editing by John Stonestreet)