LONDON (AP) — A judge sentenced a former Royal Marine to 18 years in prison Monday for a series of terrorism-related offenses.

Thirty-one-year-old Ciaran Maxwell lived a double life as a member of the military and as a bombmaker for dissident Irish republicans. He pleaded guilty to preparation of terrorist acts between January 2011 and August 2016, possessing images of bank cards for fraud and possessing marijuana.

He stashed anti-personnel mines, mortars and 14 pipe bombs in 43 purpose-built hideouts in Northern Ireland and England. Judge Nigel Sweeney said there was no doubt that the ultimate intent of those planting the devices was to kill. 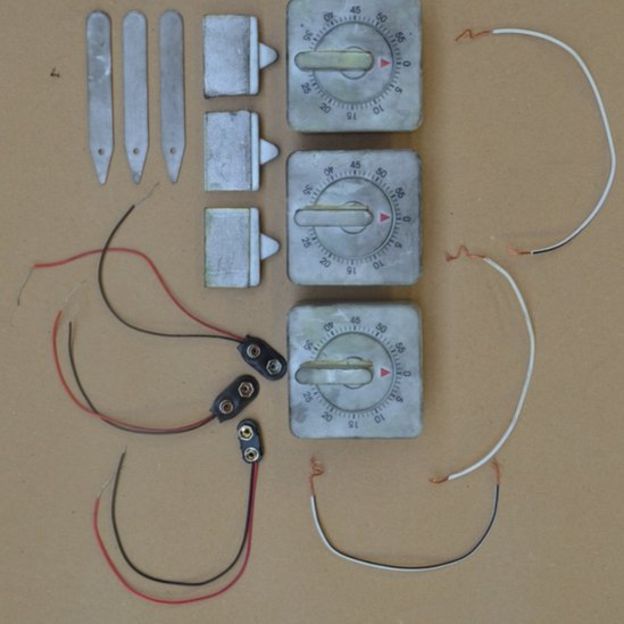 “You were strongly committed to the cause,” Sweeney said.

Maxwell’s lawyer, Paul Hynes, told the court his client was not ideologically driven and would not have used violence for a cause.

Maxwell, who had been brought up as a Roman Catholic in a largely Protestant town, claimed he faked his support for the dissidents’ cause because he believed old connections wished “serious ill” on him and his extended family in Northern Ireland and England.