A serving British soldier was left with a fractured skull and other serious facial injuries after being attacked in the West End of London.

On Thursday, London’s Metropolitan Police Service released details of the assault that happened earlier this year, and investigators shared a CCTV image of a man (below) that they wish to speak to in connection with the assault.

The 28-year-old soldier, who was wearing his formal military evening uniform at the time, was attacked at 3:20am on Thursday, January 21st, on Haymarket in the West End’s theatre district.

The victim’s injuries were mainly facial, including a fractured cheek bone, eye sockets, and skull. He also received a broken nose which required a number of extensive surgeries to correct. 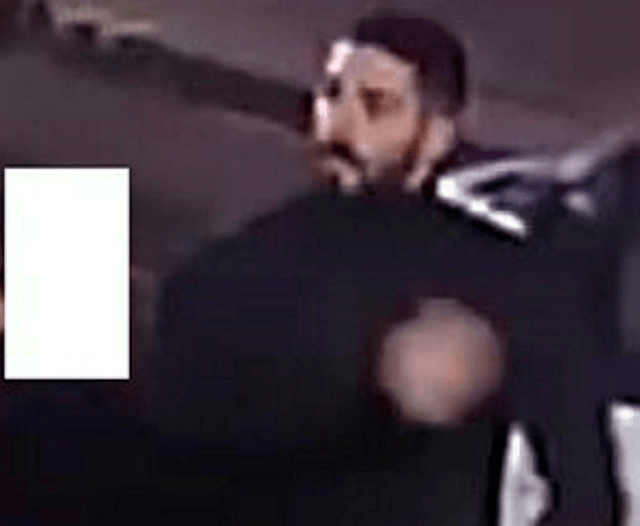 CCTV image of the man police are seeking to identify (Picture: Metropolitan Police).

The news of the assault comes as London has experienced a rise in crime in the past few years. Marking the third year of Mayor Sadiq Khan’s time in office, the London Assembly’s Conservatives released a report in May that claimed that in that time, knife crime has risen by 52 per cent, gun crime by 30 per cent, and robbery by 59 per cent.

Security for soldiers in uniform has also been an issue in recent years, with military personnel being advised in 2014 to not wear their uniforms in public as security chiefs feared another Woolwich terror attack. The last time soldiers were warned against wearing their uniform in public was in the aftermath of the May 2013 attack, in which fusilier Lee Rigby was run over and hacked to death by two Islamic extremists near the Royal Artillery Barracks in Woolwich, south-east London.

Airmen were also told not to wear their uniforms in public in 2016 after two knifemen threatened and attempted to abduct an airman outside the main gates of RAF Marham base, near Norfolk. In 2008, airmen from RAF Wittering were told not to wear their uniform in nearby multicultural Peterborough to avoid being verbally abused by locals opposed to the UK’s involvement in the Afghan and Iraq wars.

Anyone who can identify the male is asked to contact Westminster CID by dialling 101 and quoting Cad 675/31Jan or callnig Crimestoppers anonymously on 0800 555 111.