PARIS (AP) – Paris police are hunting for a gunman who opened fire Monday near a hospital in the wealthy 16th district of the French capital, killing one person and injuring another.

Witnesses at the scene suggest it could be a case of tragic score-settling, while authorities have not made any links with terrorism.

Paris police said the shooter fired several shots before fleeing on a two-wheeled vehicle. Police had no other immediate details. 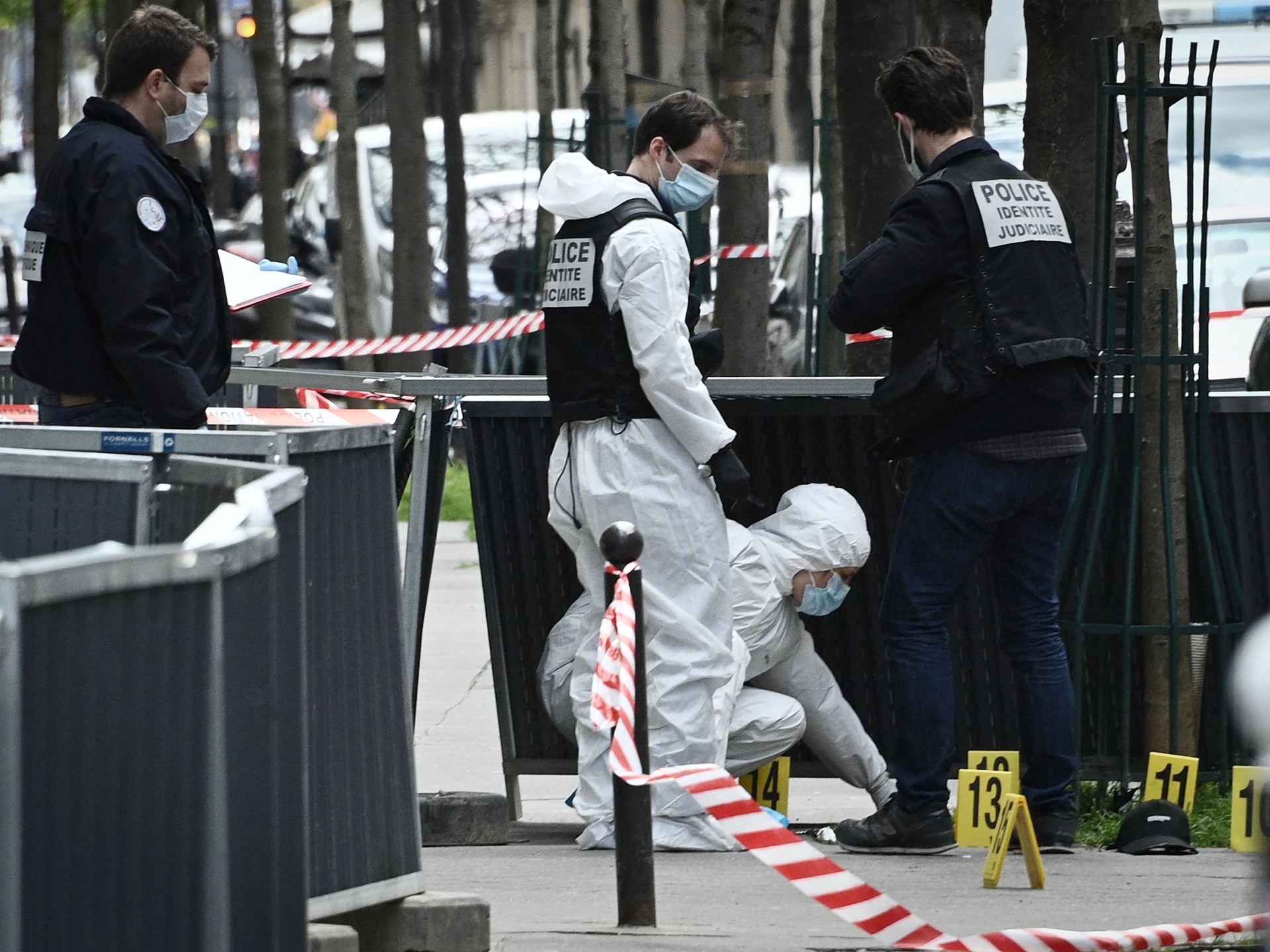 French police forensic investigators search for evidence near the Henry Dunant private hospital where one person was shot dead and one injured in a shooting outside the instituion owned by the Red Cross in Paris’ upmarket 16th district on April 12, 2021. (Photo by Anne-Christine POUJOULAT / AFP) (Photo by ANNE-CHRISTINE POUJOULAT/AFP via Getty Images)

Noura Berrahmouni, DSPAP Alliance, said the injured person, a woman, was a security agent for the hospital.

“It was so fast we suppose it was a score settling … If not, we think there would be more victims,” she said.

The shooter wore a hood, fired several times, according to witnesses on BFM-TV.