LISBON, Portugal (AP) – Portugal’s center-left Socialist Party won a third straight general election Sunday, returning it to power as the country prepares to deploy billions of euros (dollars) of European Union aid for the economy after the COVID-19 pandemic.

In a ballot that took place amid a surge of coronavirus cases blamed on the omicron variant, and with around 1 million infected voters allowed to leave home to cast their ballots, the Socialists elected at least 112 lawmakers in the 230-seat parliament.

With 98.7% of votes counted, the Socialists had 41%, compared with 28% for their main rival, the center-right Social Democratic Party, which took at least 68 parliamentary seats. Eighteen seats remained to be allocated.

It was unclear whether the Socialists would reach 116 lawmakers, allowing it to enact legislation alone, or whether it would fall short of that number and need to cut deals for the support of smaller parties. Late results could come Monday.

Socialist leader António Costa, expected to return to his post as prime minister, immediately offered an olive branch to his adversaries. He said he would encourage alliances with other parties in parliament to overcome the country´s pandemic-inspired economic difficulties.

“The mission is to turn the page on the pandemic and bring affected sectors back to life,” Costa said in a victory speech. 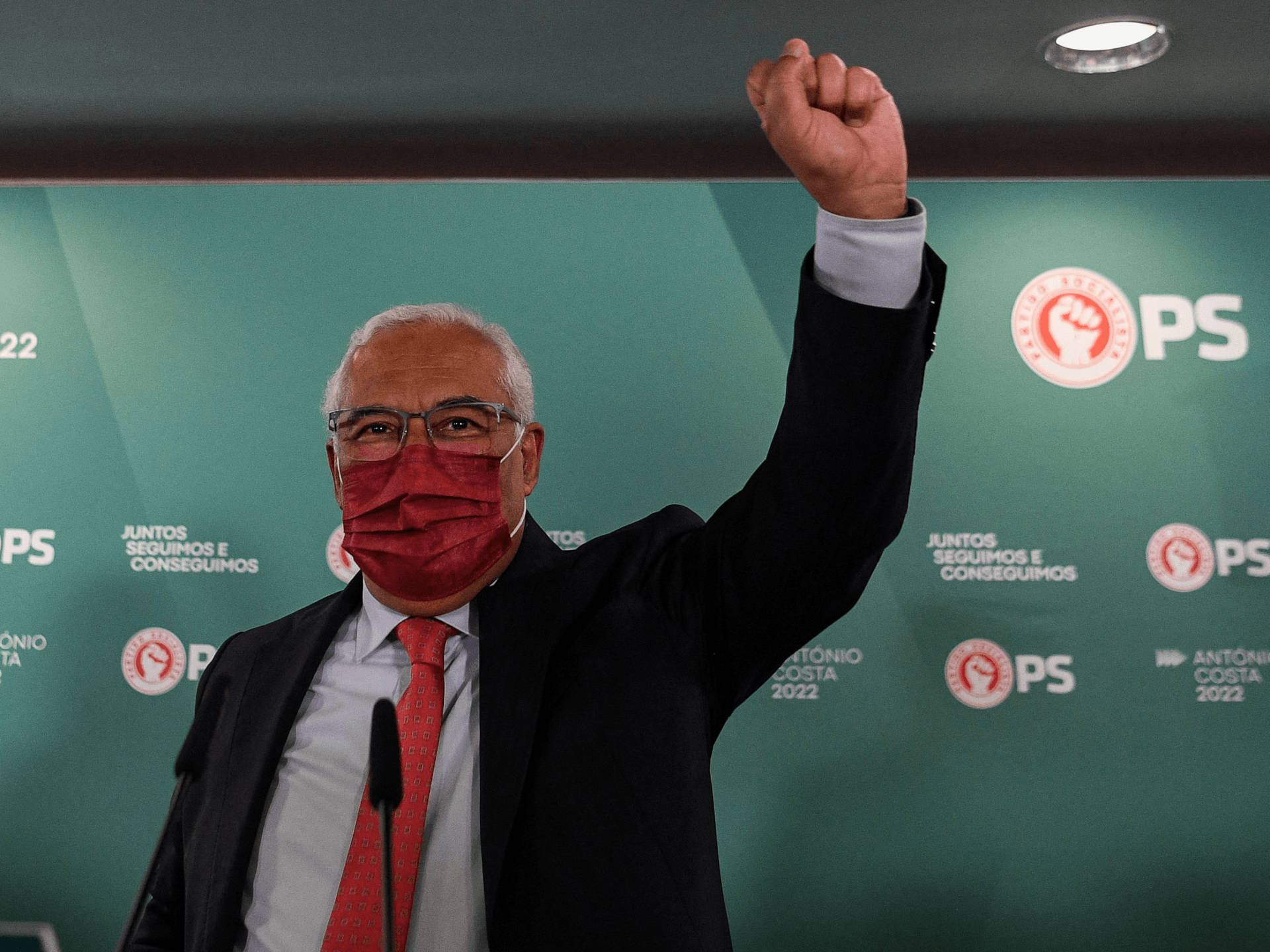 Portuguese incumbent Prime Minister and leader of the Socialist party (PS) Antonio Costa gestures as he arrives to deliver a speech after the announcement of the exit polls at the Socialist Party campaign headquarters on the election night in Lisbon on January 30, 2022. – Portugal’s Socialist party is projected to win the early election, exit polls showed, predicting the incumbents will take more votes than in 2019 but may still fall short of an outright majority. (Photo by PATRICIA DE MELO MOREIRA / AFP) (Photo by PATRICIA DE MELO MOREIRA/AFP via Getty Images)

The stakes are high for the next administration. Portugal, a country of 10.3 million people and the poorest in Western Europe, is poised to begin deploying 45 billion euros ($50 billion) of aid as a member of the EU to help spur the economy after the pandemic.

Two-thirds of that sum is intended for public projects, such as major infrastructure, giving the next government a financial bonanza. The other third is to be awarded to private companies.

A parliamentary majority would smooth the next government´s path in allocating those funds in a country whose economy has struggled to gain traction since the turn of the century.

The past two Socialist administrations were minority governments. Since coming to power in 2015, the Socialist Party relied on the support of their smaller allies in parliament – the Left Bloc and the Portuguese Communist Party – to ensure the annual state budget had enough votes to pass.

But two months ago their differences, especially over public health spending and workers´ rights, were insurmountable, leaving prime minister Costa short of votes in parliament to pass his party´s plan and triggering a snap election.

Costa may need to repeat his political shrewdness to forge another cross-party alliance in a fragmented parliament.

Some 10.8 million voters – 1.5 million of them living abroad – were eligible to choose lawmakers in the Republican Assembly, Portugal´s parliament, where political parties then decide who forms a government.

Chega! (Enough!), a populist and nationalist party founded less than three years ago, collected around 7% of the vote. That might give it a dozen lawmakers, up from only one in the last parliament.

The Left Bloc captured some 4% of the vote, with about the same going to the Portuguese Communist Party. Other smaller parties could get one or more parliamentary seats and offer Costa their support.

Portugal´s economy needs a shot in the arm, which the EU funds may provide.