As Rodrigo Duterte Kisses Profanity Goodbye, Here Are Five of His Worst Tirades

Before Friday, Philippines President Rodrigo Duterte had established a reputation as the most potty-mouthed head of state in the world. Insulting diplomats, presidents, and priests in equal measure, Duterte had shown a complete lack of diplomatic tact during his short tenure, beginning in June. 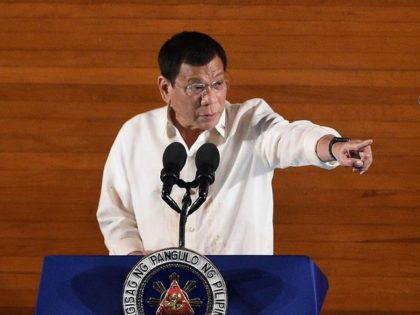 EXCLUSIVE — Super PAC Airing Anti-Hillary Clinton Ad: ‘Take a Stand Against the Media Bosses and The Queen of Corruption’

“Without the media, Clinton wouldn’t have a chance,” states the ad. “End the media’s corrupt collusion with extremist liberals who silence dissent and persecute religious believers.” 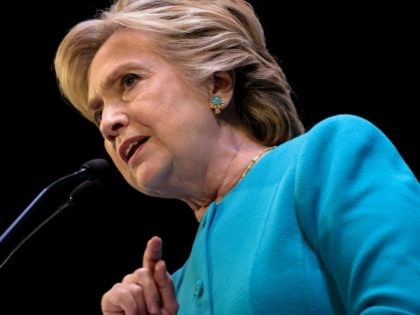 Donald Trump’s campaign manager Kellyanne Conway called for Hillary Clinton to apologize for her senior staff’s criticism of Catholics, seen in a new email release from WikiLeaks, and to fire those involved during a conference call with reporters on Wednesday afternoon. 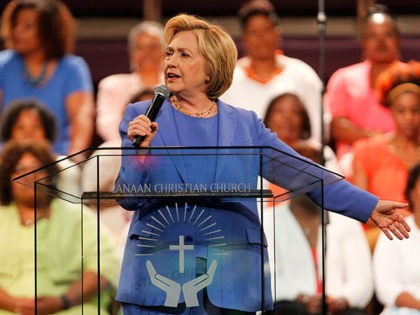 One of the crucial constituencies in the upcoming election is the Catholic vote, which could be decisive. Swing states such as Pennsylvania, Wisconsin, and Ohio could turn on how Catholics decide to pull the lever. Recent reports have shown that a surprising percentage of church-going Catholics are leaning toward Hillary Clinton—the most pro-abortion candidate in U.S. history, a woman who has actually called for Christians to be somehow reprogrammed out of our objections to abortion, and who has backed each of the Obama administration’s attacks on religious freedom. 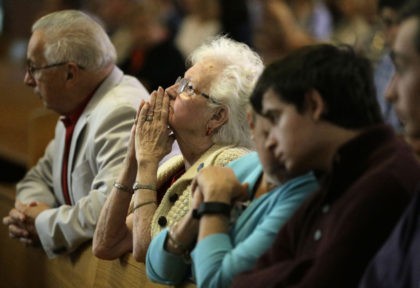 Less Than Half of Mainline Protestant Pastors Preach About Abortion

The latest online survey finds that the majority of clergy who say they preach about abortion from the pulpit are Catholic and Non-Mainline Protestant. 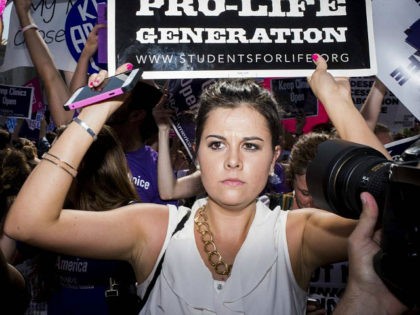 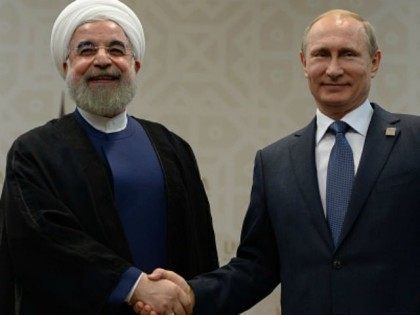 Quite probably, the Islamic State-inspired assassins who cut the throat of Father Jacques Hamel in St. Étienne-du-Rouvray, France, on Tuesday did not know that one effect of their act would be to cast a pall over World Youth Day, but that’s nevertheless exactly what’s happened. 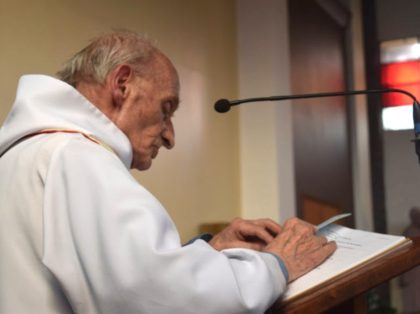 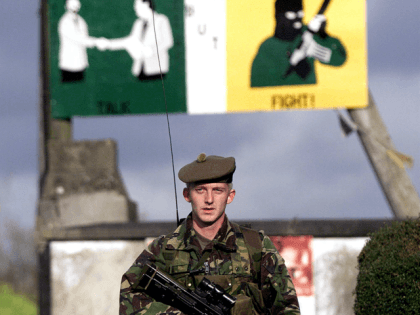 GOP frontrunner Donald Trump – despite his spat with the Pope last week – won the most Catholic county in South Carolina. 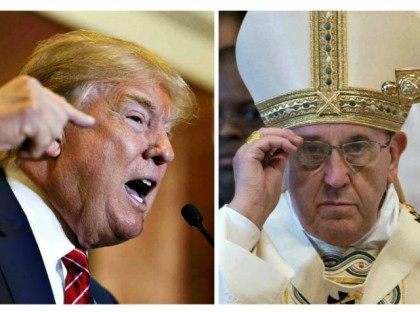 A mob of 35 people attacked Father Jose Kannumkuzhy and three lay people in southern India as they sat in a car to speak with police. The priest remains in critical condition. 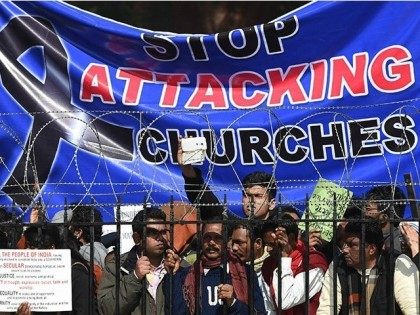 An influential Catholic website has issued a lengthy manifesto condemning the candidacy of Donald Trump for the GOP nomination. Catholic Vote is run by Chicagoan Brian Burch and is a go-to place for conservative Catholics involved in Church and secular politics. The statement is a bill of indictment that faithful Catholics cannot and should not support Trump. 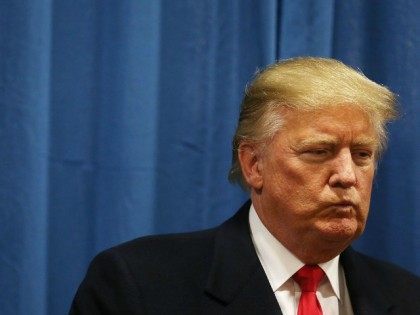 The pastor of an underground Evangelical church in Camagüey, Cuba, has denounced the communist government for leveling the building in which he holds religious services as a warning to others that openly practicing Christianity on the island will result in government persecution. 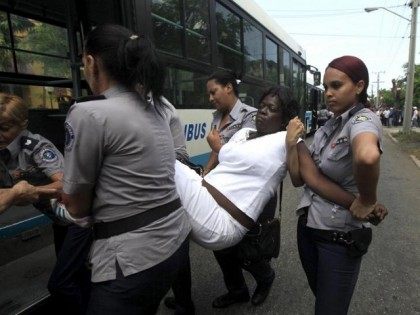 The left-wing of Catholicism just concluded a two-year campaign to convince the universal Church to change its teachings on marriage, divorce, communion, and homosexuality. 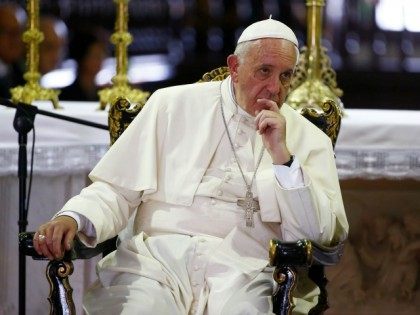 A Patriotic Catholic Hunkers Down to Wait Out Pope Francis’ Visit

Q: Are you excited about Pope Francis’ visit? 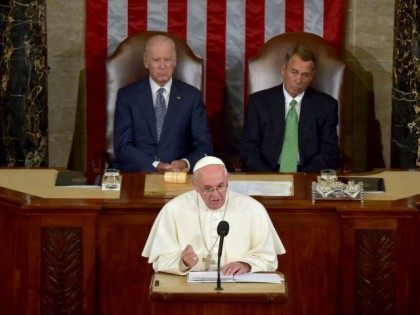 The canonization of Fray Junipero Serra should have been a rallying cry for the Left. Pope Francis has given America its first saint–a man who dedicated his life to bringing Christianity to the native peoples of California. Many Native Americans see Serra as a conquerer who used violence to impose a religion. They have, selectively, spoken up, but the silence on the part of mainstream left media and white liberals is deafening. 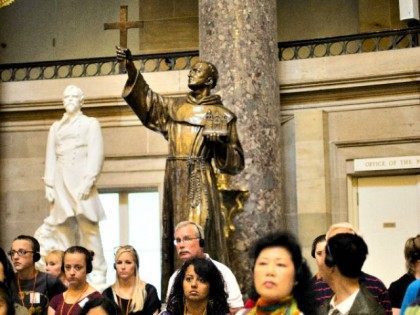 Cuban Dissidents Arrested During Pope Visit: ‘They Dragged Me Away by the Hair’

24 members of the Cuban Ladies in White dissident group have finally been freed after their arrest to prevent them from attending Pope Francis’s mass in Havana on Sunday. The women claim to have been beaten, “dragged by the hair,” and subject to verbal obscenities. 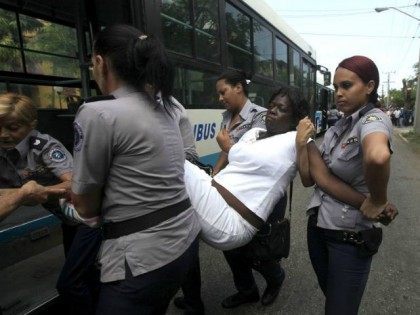 The Cuban government placed up to 20 women under house arrest for planning to attend Pope Francis’ Mass in Havana on Sunday, while at least two others were dragged away and arrested at the event for approaching the Pope while shouting the word “freedom.” 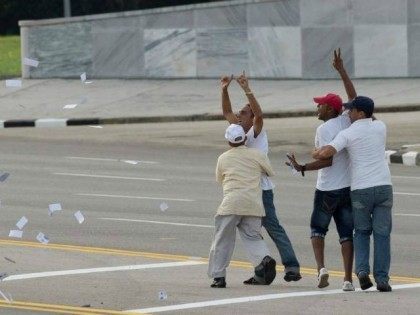 The Cuban government’s now-ritual weekly arrests of pro-democracy dissidents continued on the last Sunday before Pope Francis lands on the Caribbean island, with more than 50 Catholic protesters arrested after attending weekly Mass. 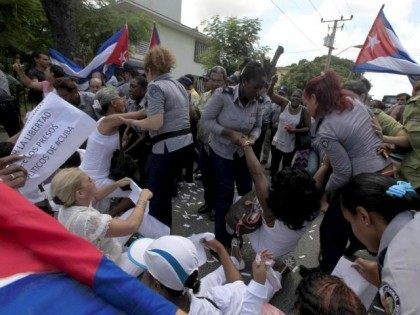 In a new study, the liberal protestant Public Religion Research Institute claims erroneously that Catholics are left-wing when it comes to gay marriage, climate change, and even abortion. 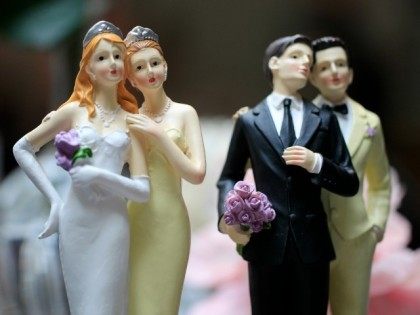 Chinese officials in Wenzhou, a city of the Zhejiang province with a high concentration of Christians, have given Christian communities a deadline to remove rooftop crosses from their churches, but some of the local pastors have responded with defiance, placing guards at their churches to defend the crosses. 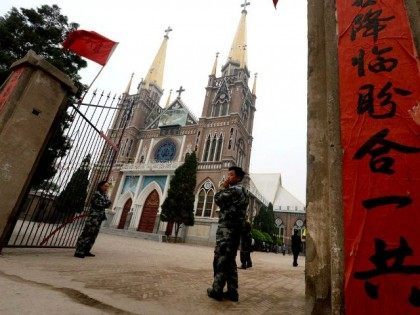 Cardinal Timothy Dolan has penned an op-ed reacting to Donald Trump’s speech at his campaign launch for a 2016 presidential run–six weeks ago–calling the Republican candidate a harbinger of anti-Catholic “nativism.” 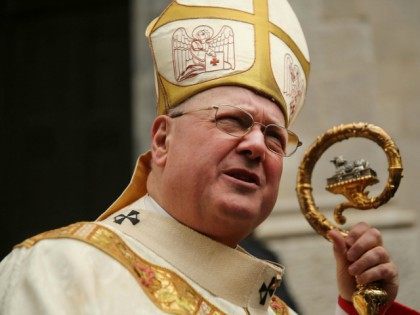 A new survey published in Chinese state-run newspaper, the Global Times, finds young Chinese nationals increasingly attracted to religion, with Islam the most popular religion among people under 30 and Protestantism the religion with the largest number of places of worship in the country. 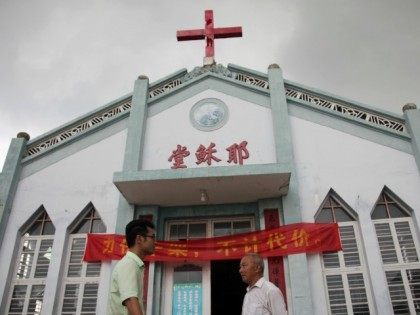 Pope’s Address to Cardinals Sums Up his Entire Pontificate

In one of his most important addresses to date, Pope Francis preached a powerful homily at Mass in St. Peter’s Basilica on Sunday, concelebrated with Cardinals from around the world, the day after bestowing the “red hat” on a batch of twenty new prelates. 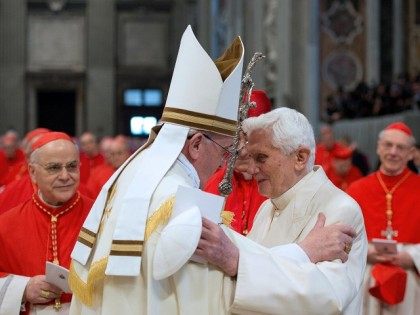 Italy: Immigrants Smash Statue of Virgin Mary and Urinate on It

Just days after the Charlie Hebdo attack in Paris, a band of five young immigrants desecrated a statue of the Virgin Mary at the parish of San Barnaba in the Italian city of Perugia, breaking it and urinating on it. 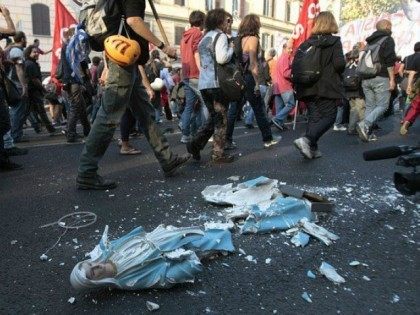 The testimony of a sobbing 12-year-old girl, a survivor of drugs and prostitution, stirred Francis Sunday morning, moving him to set aside his prepared text to talk for over half an hour off the cuff. The young girl, Glyzelle Palomar, 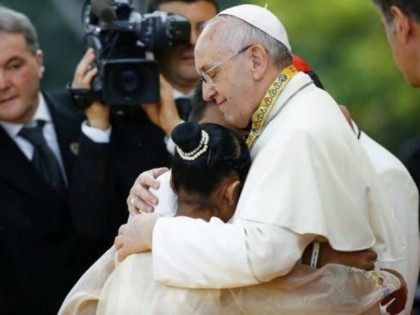 In Sunday’s Mass in Rizal Park, Manila, Pope Francis told the throng of some 6 million that the devil’s lies are the greatest threat to God’s plan for our lives. “Often he hides his snares behind the appearance of sophistication, the allure of being ‘modern,’ ‘like everyone else,’” the Pope said. 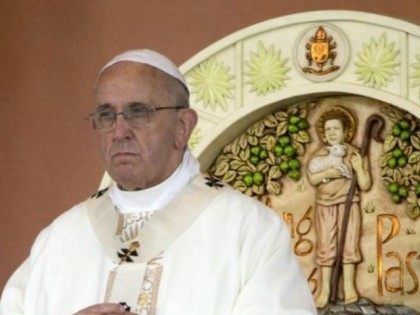 Authorities in the Philippines engaged in an extensive effort to clear Manila’s streets of homeless children, a Daily Mail report uncovered, to shield Pope Francis from witnessing the crushing poverty the capital’s homeless face. Children were rounded up and caged in jail cells, made to eat scraps of food on the floor, and beaten by older inmates. 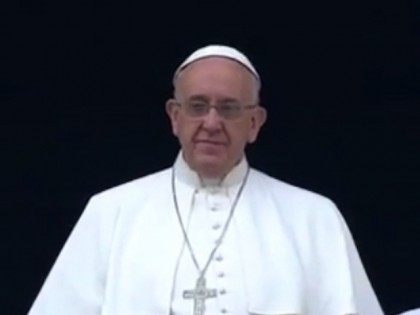 In a stinging public letter, the Catholic bishops of Venezuela have accused their government of totalitarian oppression of citizens and widespread violations of human rights. 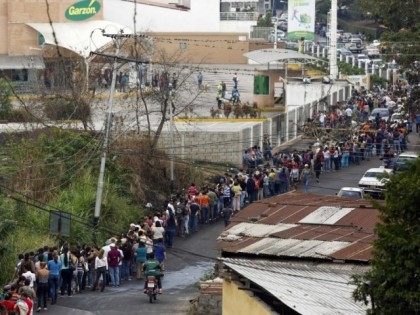 Pope Francis: ‘You Cannot Be a Christian Outside the Church’

Pope Francis baptized 33 children on Sunday morning, the day that Christians celebrate the feast of the Baptism of the Lord. In his homily, the Pope told parents to teach their children that “you cannot be a Christian outside the 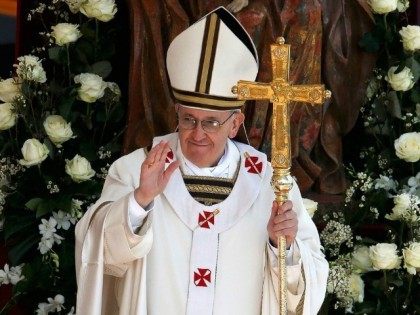 American voters, whether believers or not, apparently enjoy being represented by people of faith. A recent study by the Pew Research Center found that not a single declared atheist was elected to the 114th Congress of the United States. 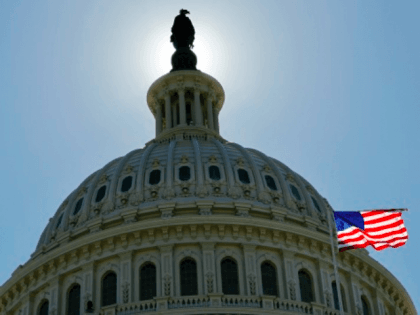