The Christmas-week episode of Showtime’s “The L Word: Generation Q” featured a lesbian minister who tells her female lover she has an “open relationship, sexually” with Jesus. 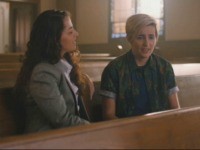 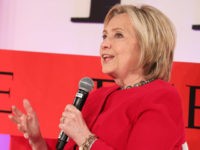 Watch– Feminist Speaks Against Transgender Ideology: ‘I Will Not Submit’

Feminists must escape from the sexual and political abuse inflicted by the men who dominate the transgender ideology, a feminist author declared Tuesday at a demonstration outside the Supreme Court. 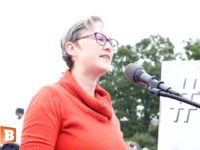 Malaysian Newspaper Publishes ‘How to Spot a Gay’ Instruction Manual

A prominent Malaysian newspaper has published an article education readers on how to spot a homosexual, causing widespread anger among LGBT activists. 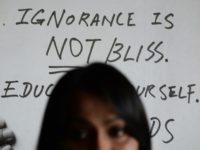 Milo kicked off the latest leg of his Dangerous Faggot tour with a talk at Texas Tech about lesbian hate crime hoaxes. 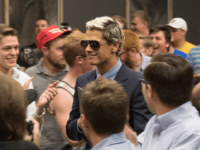 An oil sands group in Canada has been forced to apologize for a cheeky ad promoting oil from liberal Canada over homophobic Saudi Arabia. 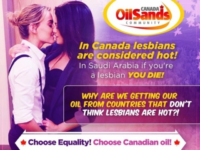 The organizers of the Milwaukee Pride Parade have fired this year’s lesbian Grand Marshall because she is critical of so-called “trans-women,” that is, men who wear female clothes and think they are women.

A pair of Oklahoma women have been arrested for allegedly beating and torturing a five-year-old boy so badly that he has had two strokes since being placed in the hospital. 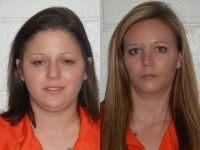 Indiana lawmakers are debating laws to make homosexuals, bisexuals, and pansexuals specially protected groups. In his State of the State address, Gov. Mike Pence called on lawmakers to respect religious liberty and diversity of thought on marriage and sexuality, and declared he will oppose any bill that opens the door to people of faith suffering discrimination for being true to their religious beliefs. 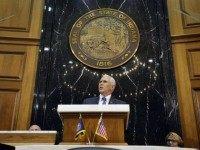 A Utah juvenile court judge ruled Tuesday that a 1-year-old girl, who has been in the care of lesbian foster parents, cannot be adopted by them and should be sent to “a more traditional home,” says the Utah Division of Child and Family Services. 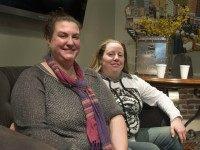 Monk Banned From Distributing ‘Homophobic’ Leaflets After Telling Lesbian Witches: ‘We Used To Burn People Like You’

A monk has been banned from delivering religious leaflets in Britain for the next five years following complaints of homophobia.Brother Damon Kelly of the Black Hermits, a tiny Catholic group based in Northampton, pleaded guilty in June to harassing a 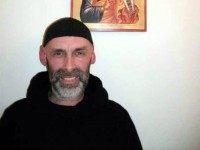 A recent article in the Atlantic features “a totally ordinary Catholic family,” one composed of two Lesbian ex-nuns and their adopted daughter. They’re campaigning to be accepted in the Roman Catholic Church. 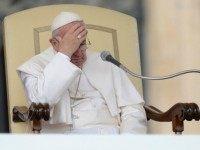 Court Rules ‘Shoot the Gays’ Referendum Can Be Blocked

On Monday, a judge from Sacramento County ruled that a proposed ballot measure called the “Sodomite Suppression Act,” which called for the execution of gays and lesbians throughout the state, was unconstitutional. Sacramento County Superior Court Judge Raymond M. Cadei’s decision means that the measure cannot advance to the signature-gathering phase, thus barring it from being placed on the ballot. 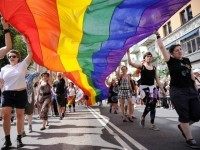 Former Uber driver and male-to-female transsexual Barbara Ann Berwick is making headlines after winning a potentially game-changing employment case against the tech firm. But former employees of a phone-sex company run by Berwick in the 1990s claim she is guilty of the same violations of employment law of which she is now accusing Uber. 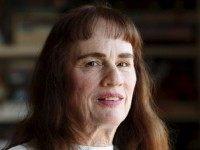 On Friday, Judge Alan McCullough, an administrative law judge in Oregon, doubled down on his January ruling that the bakery Sweet Cakes by Melissa discriminated against a lesbian couple by refusing to bake them a wedding cake, and he added 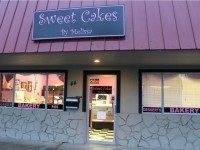 The award will reportedly bankrupt the seven-member Klein family and force Sweet Cakes by Melissa Bakery to shut down. The Kleins’ lawyer, Anna Harmon, said that the damages awarded was not limited to the sale of business assets, but would be taken out of their personal funds. 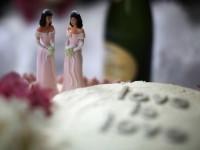 Comedienne and on–again, off–again TV show host Rosie O’Donnell has declared that “God gave us” HBO actress Lena Dunham to be the “embodiment” of feminist activist Gloria Steinem–despite the fact that Steinem is still very much with us. 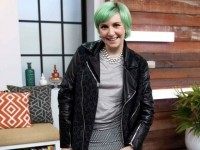 Lesbians earn 12 percent more than their straight counterparts, according to a global study. Researchers have said that the result is “puzzling”, but postulated that lesbian women may be more willing to take on jobs traditionally associated with masculine traits. 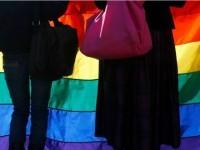