The Sinaloa Cartel, the world’s most powerful drug-trafficking syndicate, has formed an alliance with Romanian gangsters to flood the UK with illegal and highly addictive drugs.

The potentially deadly new alliance was identified by Britain’s FBI, the National Crime Agency (NCA), and reported by The Times – as police numbers plunge and violent crimes including knife and acid attacks surge throughout the country.

Known for brutal mass killings and executions,  the Sinaloa Cartel was led by the notorious gangster Joaquín ‘El Chapo’ Guzmán Loera, who has escaped from high-security prisons multiple times.

The cartel is working with Romanian gangs running heavy goods vehicles (HGVs) in an effort to expand Britain’s lucrative cocaine market.According to the NCA, the Romanians have the capacity to traffic large amounts of cartel-supplied cocaine into the country on a weekly basis.

According to the NCA, the Romanians have the capacity to traffic large amounts of cartel-supplied cocaine into the country on a weekly basis.

Previously, Central American crime lords have built connections with UK-based gangsters in places such as Liverpool, securing drug shipments to the city’s huge container ports and assisting with distribution. 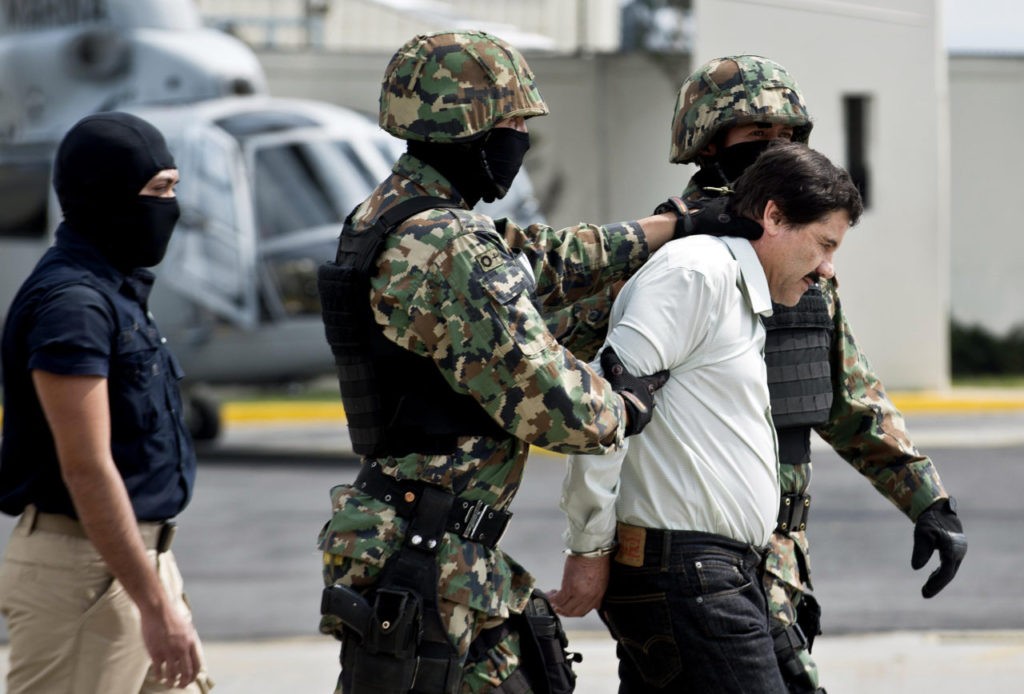 Mexican drug trafficker Joaquin Guzman Loera aka “el Chapo Guzman”, is escorted by marines as he is presented to the press on February 22, 2014 in Mexico City. (RONALDO SCHEMIDT/AFP/Getty)

A spokeswoman for the NCA’s drug threat team confirmed: “In collaboration with international partners [we] identified a Romanian OCG [organised crime group] with the capability to import large amounts of cocaine into the UK on a weekly basis using HGV transport.

“Intelligence indicates that the Romanian OCG are still being supplied by a Mexican OCG linked to the Sinaloa Cartel.

“It is assessed that this network of OCGs will continue to supply large volumes of class A drugs into the UK.

“Previous significant interdictions of their supply has not deterred the group from continuing their criminal activity aimed at the UK market.”

The cartel’s new alliance with the unnamed Romanian gang will raise concerns about border security at the Channel Tunnel and on ferries travelling to the British mainland.

The European Union Agency for Law Enforcement Cooperation (Europol) warned four years ago that Mexican cartels had stepped up their presence in Europe, but no EU member-state has yet asked the agency for help in tackling the problem.

The U.S. Intelligence Community considers the Sinaloa Cartel “the most powerful drug-trafficking organisation in the world” and it has a long record of extreme violence, including car bombings, torture and mass beheadings.