BERLIN (AP) — Several thousand people have marched past Berlin’s Reichstag building to protest “hate and racism in parliament” as newly elected lawmakers from the nationalist, anti-migration Alternative for Germany party prepare to take their seats.

The new parliament holds its first session Tuesday. Its 709 lawmakers include 92 from Alternative for Germany, or AfD, which won 12.6 percent of the vote in last month’s election. The party is entering the national parliament for the first time.

Sunday’s demonstration saw protesters march from the capital’s Brandenburg Gate past the domed Reichstag building, home to the national parliament.

Ahead of the demonstration, senior AfD lawmaker Peter Felser described it as “an attack on democracy” — an accusation that organizers rejected. 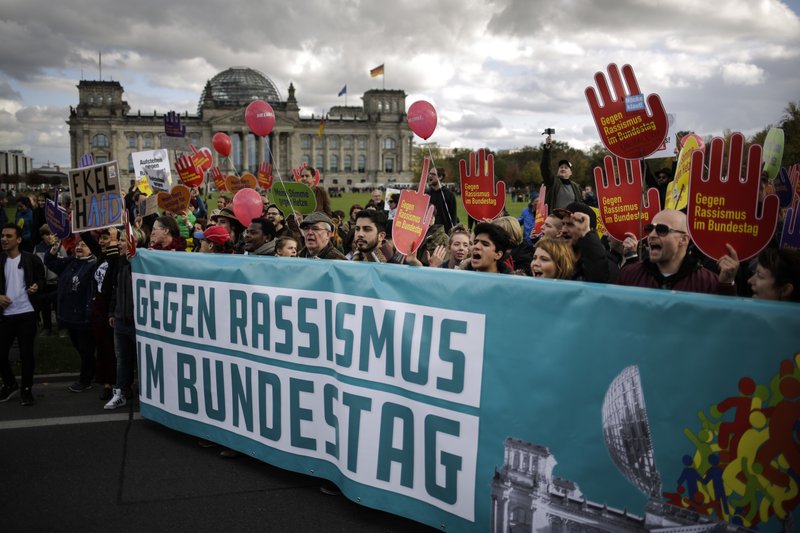 Thousands of people attend a demonstration with the slogan ‘Against Hate and Racism at the Bundestag’ in Berlin, Sunday, Oct. 22, 2017. (AP Photo/Markus Schreiber) 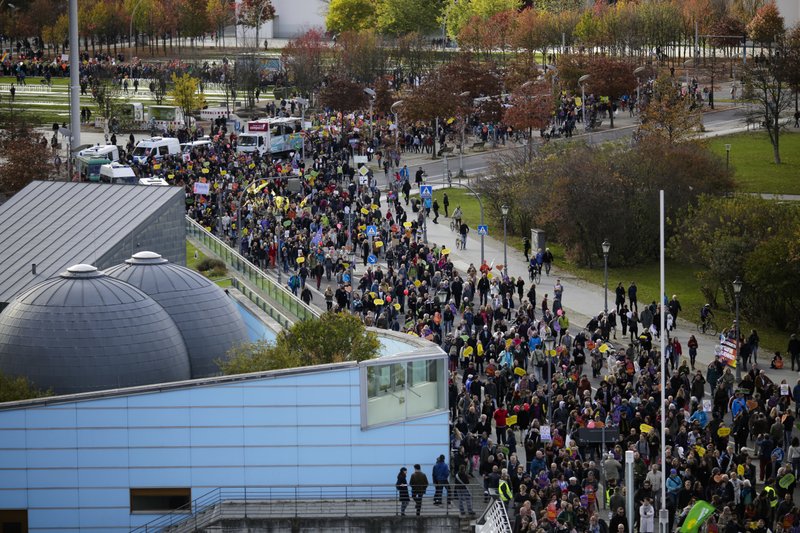 Thousands of people attend at German parliament Bundestag, which will have its first meeting on Tuesday, Oct. 24, 2017. (AP Photo/Markus Schreiber) 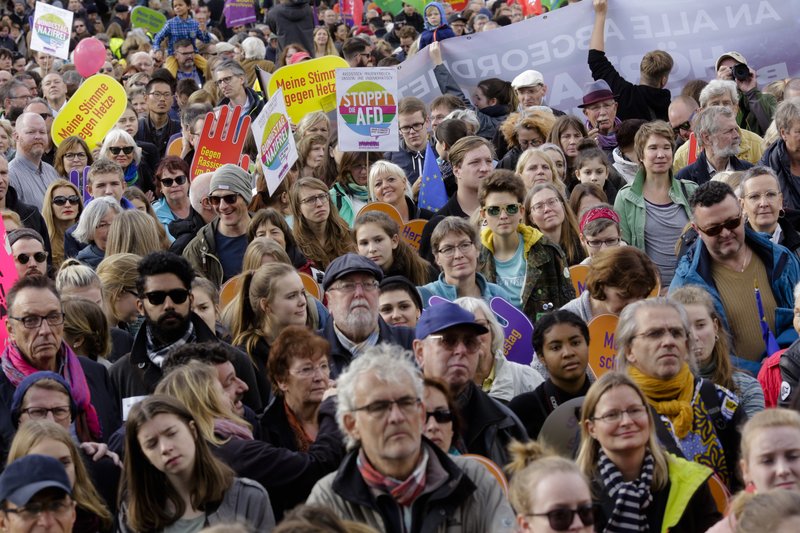