PARIS (AP) — The archbishop wore a hard-hat helmet, burnt wood debris was still visible and only about 30 people were let inside, but Notre Dame Cathedral on Saturday held its first Mass since the devastating April 15th fire that ravaged its roof and toppled its masterpiece spire.

Exactly two months after the blaze engulfed the landmark Gothic building in the French capital, the service was celebrated by Paris Archbishop Michel Aupetit in a chapel behind the choir, a place confirmed by construction experts as safe.

French Culture Minister Franck Riester said this week the cathedral remains in a “fragile” state, especially its vaulted ceiling, which is still at risk of collapsing.

For security reasons, only about 30 people — mainly priests, canons and church employees — were admitted inside the cathedral for the service, while Aupetit and others wore construction worker’s helmets. Some of the workers rebuilding the church were also invited.

Other worshippers could watch the Mass live on a Catholic TV station. The video showed some burnt wood still in the church but a famous statue of the Virgin and Child appeared intact behind wooden construction planks.

The annual Dedication Mass commemorated the cathedral’s consecration as a place of worship. 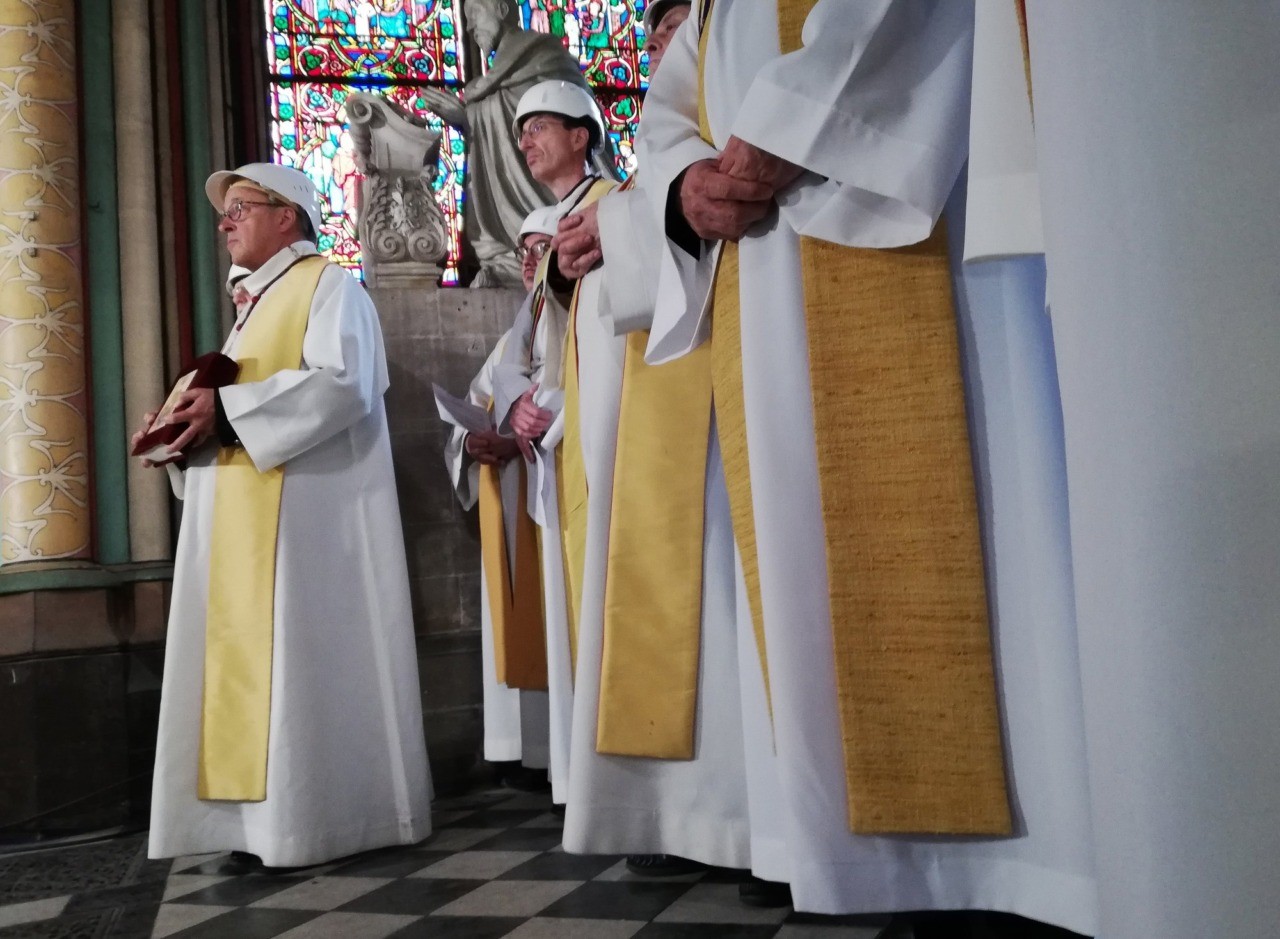 Priests attend a service led by Archbishop of Paris Michel Aupetit during the first mass in a side chapel, two months after a devastating fire engulfed the Notre-Dame de Paris cathedral, Saturday June 15, 2019, in Paris. (Karine Perret, Pool via AP)

“This cathedral is a place of worship, it is its very own and unique purpose,” Aupetit said.

One French priest called the service “a true happiness, full of hope.”

“We will rebuild this cathedral. It will take time of course — a lot of money, lot of time, lot of work — but we will succeed,” Father Pierre Vivares told The Associated Press outside the cathedral. “Today it’s a small but a true victory against the disaster we have had.”

It is still unclear when the cathedral will reopen to the public.

French President Emmanuel Macron has set a goal of rebuilding it in just five years, which many experts consider unrealistic. In the meantime, the French parliament is debating amendments to a new law that would create a public body to expedite the restoration of the cathedral and circumvent some of France’s complex labor laws. 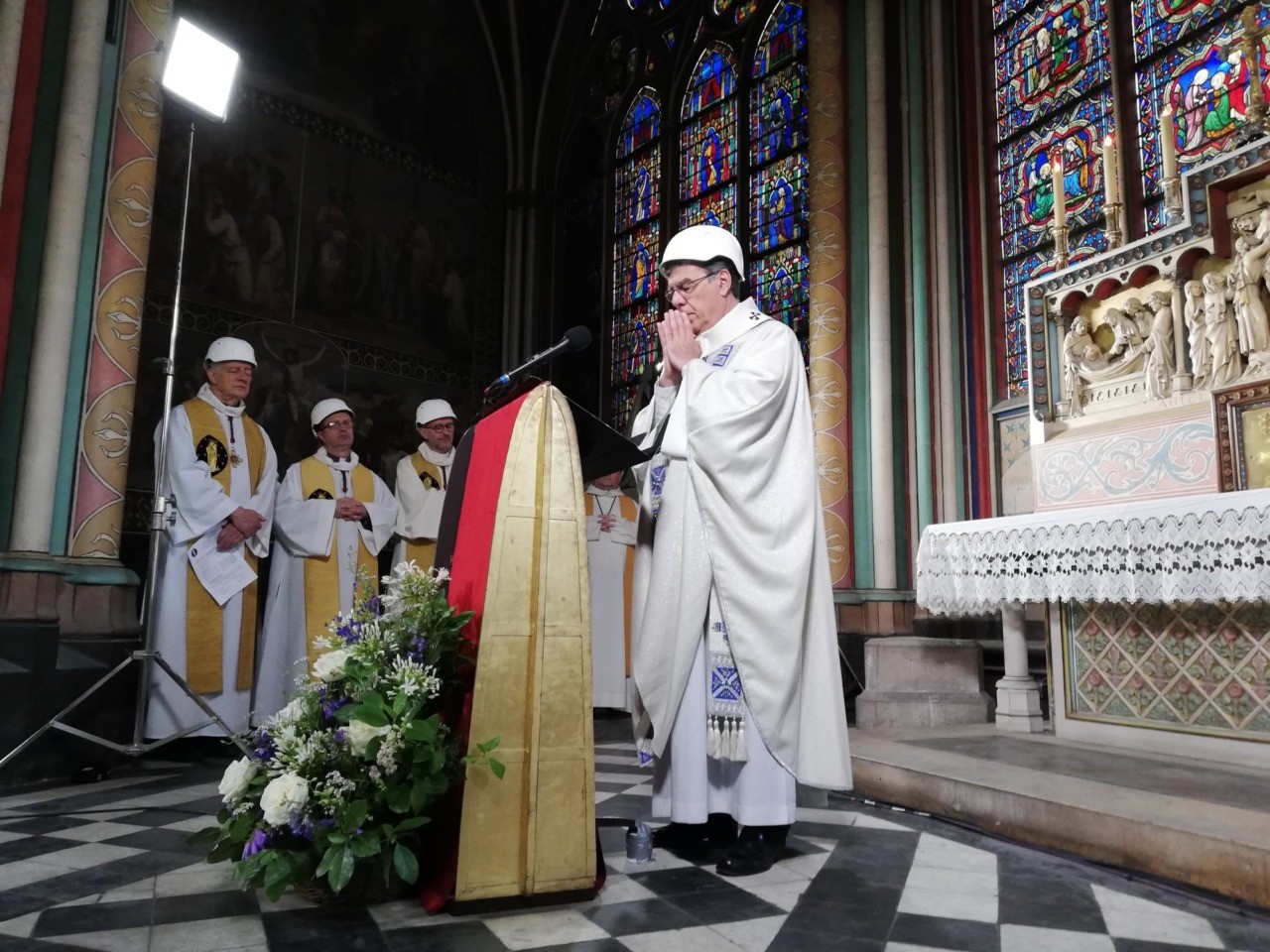 The Archbishop of Paris Michel Aupetit leads the first mass in a side chapel, two months after a devastating fire engulfed the Notre-Dame de Paris cathedral, Saturday June 15, 2019, in Paris. (Karine Perret, Pool via AP)