LONDON (AP) – Slumped helplessly on the ropes, Anthony Joshua greeted the final bell — and what he knew was the end of his second reign as world heavyweight champion — with a wry smile.

Oleksandr Usyk knew it, too, dropping to his knees and looking to the sky.

In just his third fight since stepping up from the cruiserweight division, Usyk delivered a clinic in movement and fast punching to claim a unanimous points win over Joshua in front of 66,267 stunned fans inside Tottenham Hotspur Stadium in London on Saturday.

“The fight went exactly as I expected it to go,” Usyk said through a translator. “There were a couple of moments when Anthony pushed me hard but nothing special.”

Dominated by a smaller, lighter, and much faster opponent, Joshua lost his WBA, WBO, and IBF titles for a second time — more than two years after a defeat to Andy Ruiz Jr in New York that he immediately avenged in Saudi Arabia. 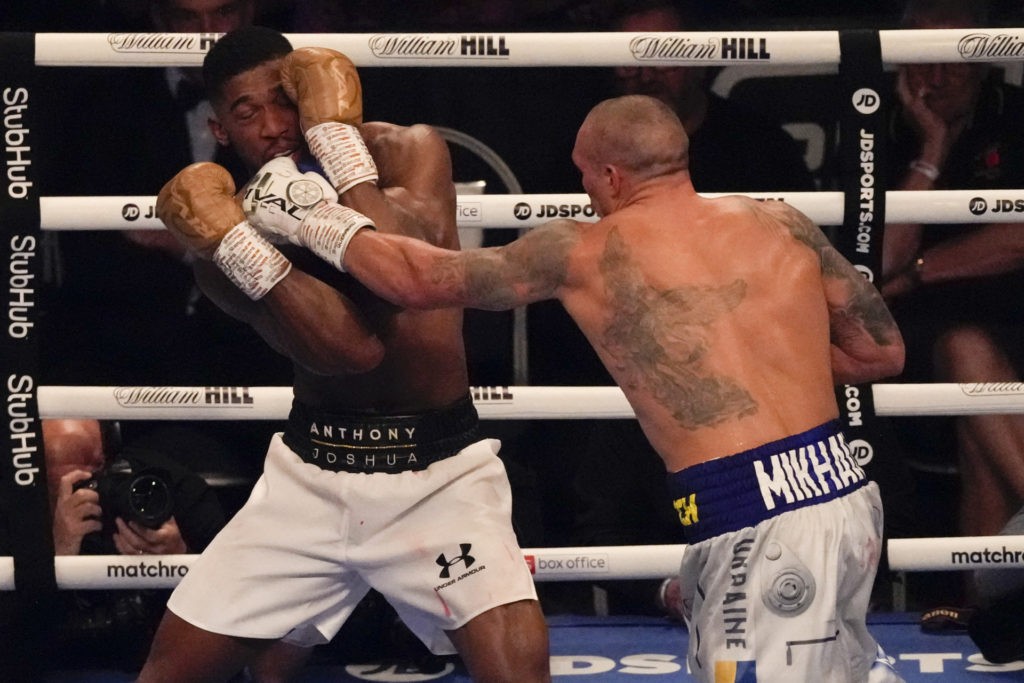 Joshua will have the chance to do the same thing — there is a rematch clause in the deal with Usyk — in a bid to keep alive his ultimate goal: To become undisputed champion. The British public, who have followed Joshua’s journey from Olympic champion through to world champion, was hoping for an all-British fight against WBC champion Tyson Fury to unify the four belts.

That looks fanciful now, though. Usyk was comfortably the more assured fighter, his reflexes drawing gasps from the pro-Joshua crowd and his lightning-quick punch off his left hand repeatedly connecting. 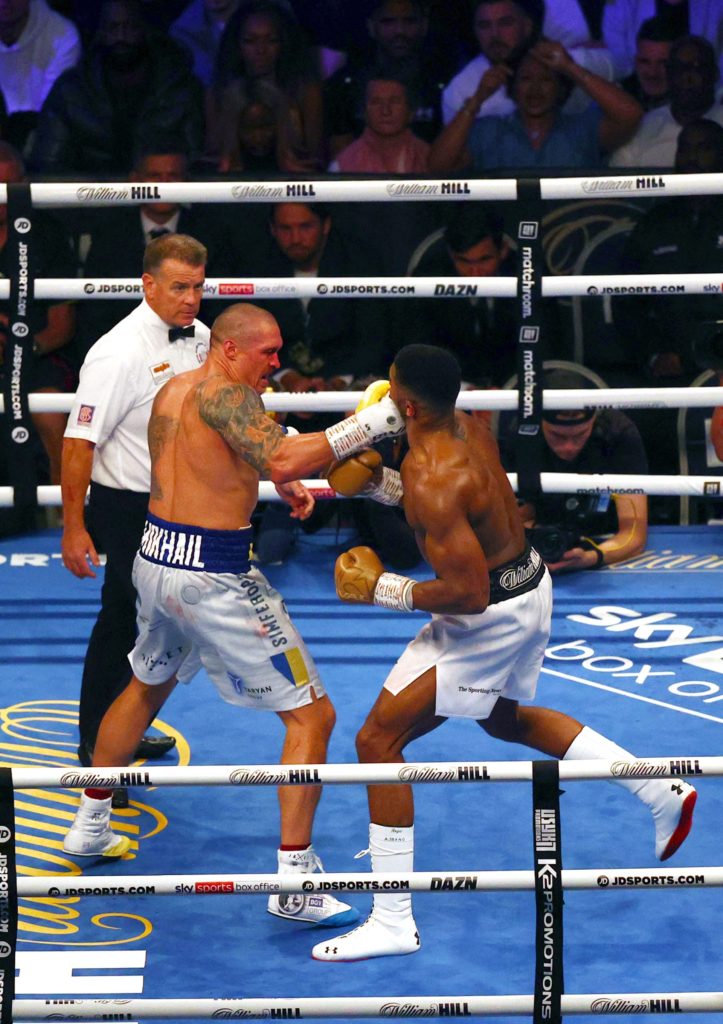 Joshua just didn’t see the punches coming, like in the third round when his head was rocked back by a straight left before the Briton wobbled after a left hook flush on the jaw.

Like in the ninth, when another left from Usyk caught Joshua, who nodded to the challenger as the bell went.

And especially in a sensational final round when the disparity between the fighters was at its biggest as Usyk unleashed a flurry of punches — from his left and right — that saw Joshua staggering backward onto the ropes. Indeed, he was saved by the bell.

Joshua couldn’t see out of his right eye from the ninth round.

Usyk stepped up to heavyweight in 2019 after unifying all the cruiserweight belts, and now has 19 straight wins as a professional.

His energy levels were remarkable, as shown in the final round and then after the result was announced as Usyk — an eccentric — entertained the crowd with an acrobatic dance inside the ring. 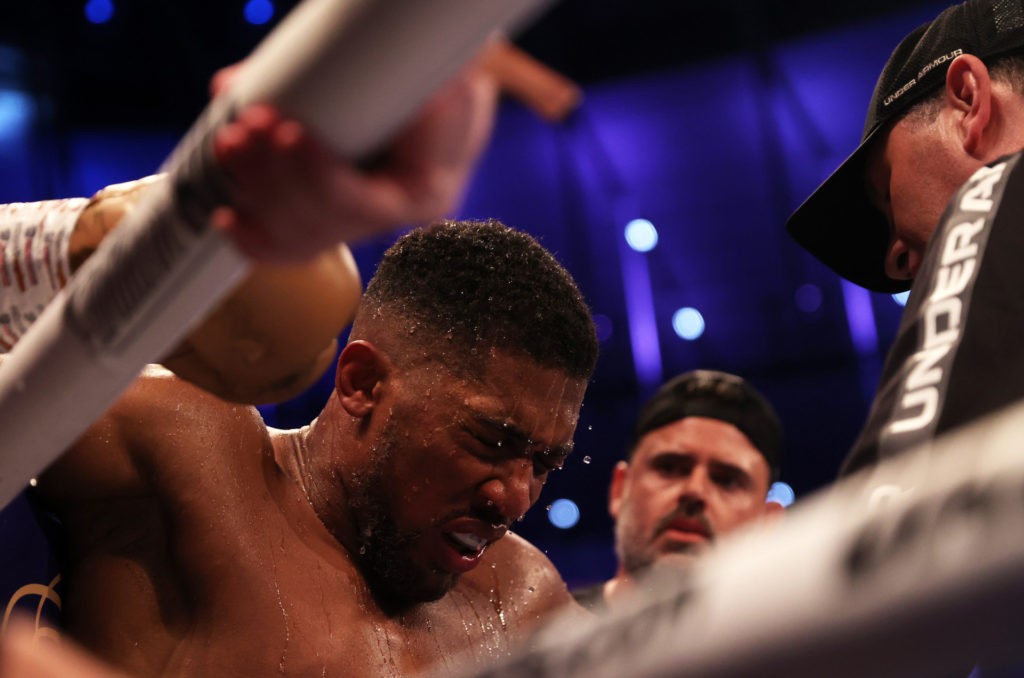 Joshua fell to the second loss of his 25-fight pro career, this time to a man who followed him — just a day later — as Olympic champion at the London Games in 2012. His career is at a crossroads again.

“I’m not going to be going home tonight, crying about it,” Joshua said. “Because this is war. I can’t sulk. That is wasting time.”

And there will be a rematch.

Joshua’s promoter, Eddie Hearn, said it will likely take place in February or March, and preferably in Britain. 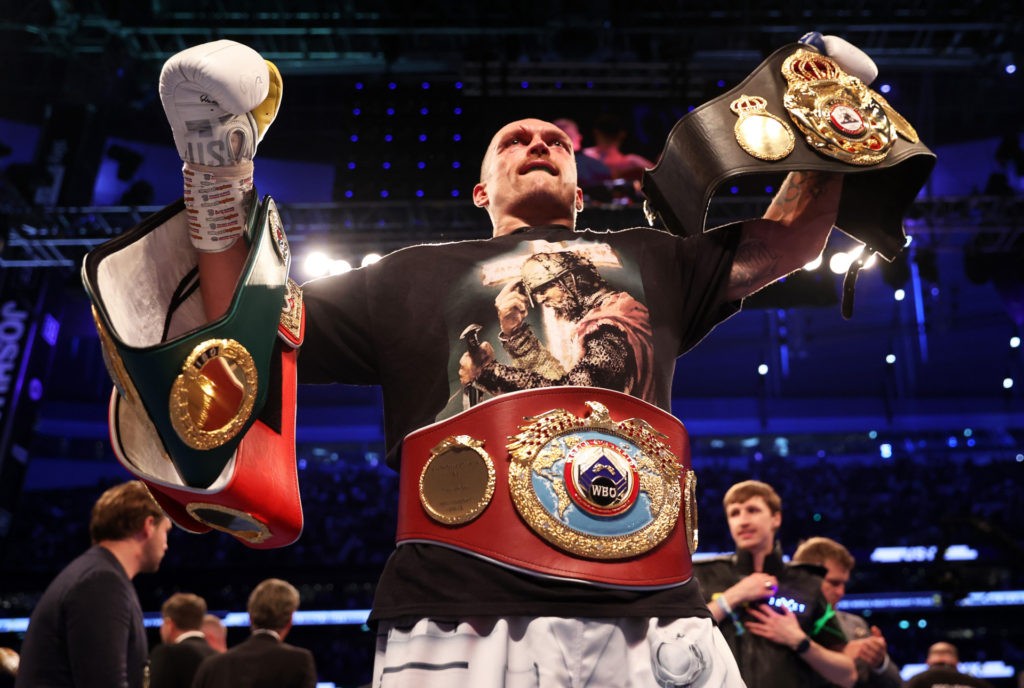