A court in South Africa has issued an arrest warrant for the former First Lady of Zimbabwe Grace Mugabe, after she allegedly assaulted model Gabriella Engels last year. 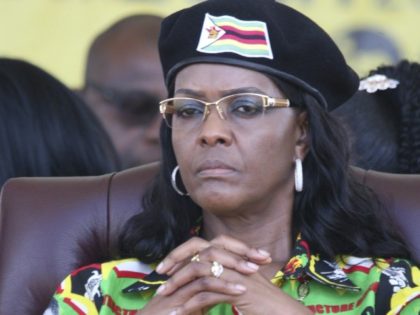 Zimbabwe’s President Emmerson Mnangagwa announced on Wednesday that, following an audit of how the nation’s agricultural lands were being used, the nation would proceed with seizing property from wealthy members of the ruling Zanu-PF party deemed to own too much of it. 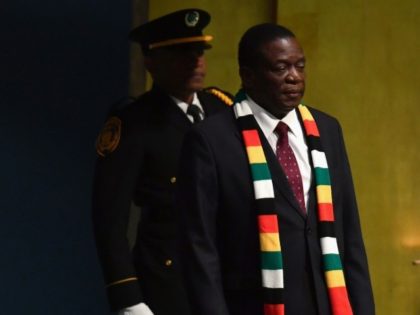 Contents: Zimbabwe proposes to compensate some white farmers whose lands were seized; Hyperinflation returns to Zimbabwe 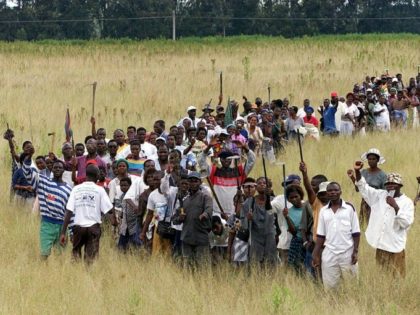 Authorities in Zimbabwe arrested an opposition lawmaker for “undermining the authority” of President Emmerson Mnangagwa, successor to dictator Robert Mugabe, after he allegedly called Mnangagwa a “dog.” 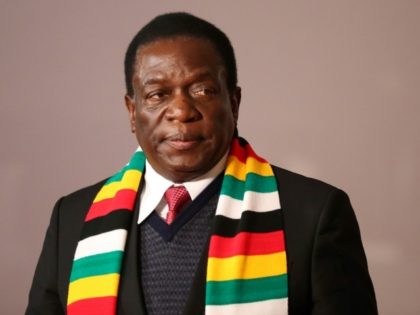 Shops in Zimbabwe have bare shelves as people, fearing a new round of hyperinflation like the one in the 2000s decade, are panic buying beer, bread, cooking oil, and other essentials. 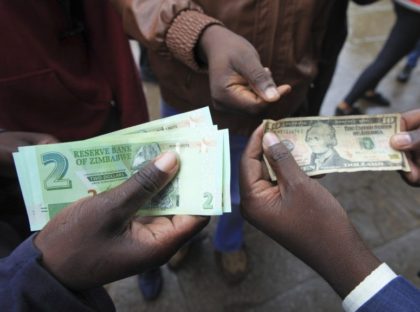 Mnangagwa at the U.N.: ‘Zimbabwe Is Open for Business’

President Emmerson Mnangagwa of Zimbabwe addressed the U.N. General Assembly on Wednesday, eager to promote the most urgent theme of the first administration after the fall of dictator Robert Mugabe: “Zimbabwe is open for business.” He also addressed allegations of skulduggery in the recent election that secured his full term in office. 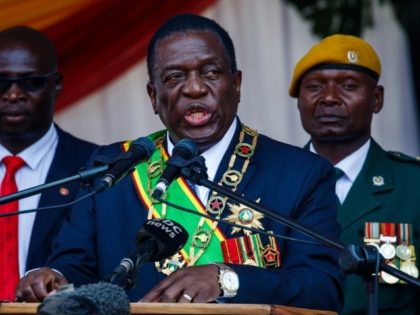 The impoverished government of Zimbabwe reportedly chartered a medical flight to Singapore on Sunday for deposed dictator Robert Mugabe, the kleptocrat and crackpot socialist responsible for impoverishing the country. Meanwhile, Zimbabweans are told their government lacks the funds to deal with an outbreak of cholera. 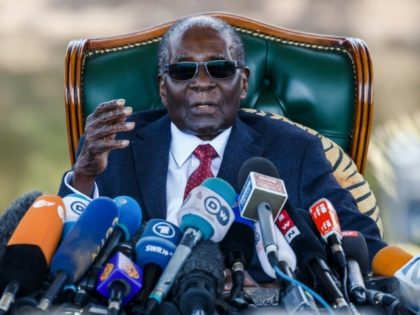 At least 25 people have died and nearly 4,000 diagnosed with cholera amid a growing outbreak in the Zimbabwean capital of Harare, local media reported Friday. 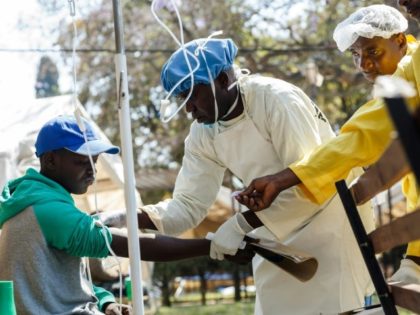 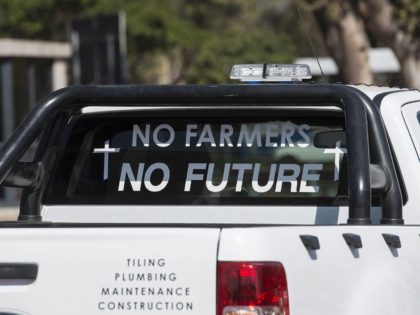 The air of cautious optimism surrounding Zimbabwe’s first presidential election since the fall of dictator Robert Mugabe was shattered with violence on Wednesday as allegations of vote rigging flew, property was vandalized, riot police and military forces were deployed, and gunshots rang out in the streets of the capital. 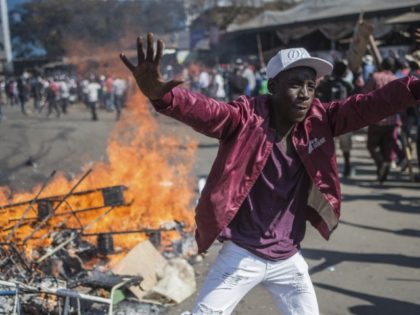 Zimbabwe’s national election commission began publishing the results of the nation’s first elections since the removal of dictator Robert Mugabe on Tuesday, as both presidential contenders expressed confidence on social media that they would prevail. 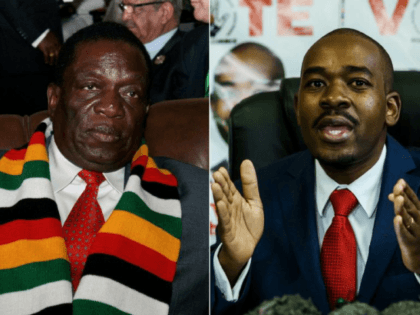 Monday marks the first presidential election in Zimbabwe since longtime dictator Robert Mugabe was ousted in a surprisingly soft November 2017 coup. The primary challenger to incumbent interim President Emmerson Mnangagwa, Nelson Chamisa of the Movement for Democrat Change (MDC), claims his party’s voters are being suppressed and Mnangagwa can only win if the election is rigged. 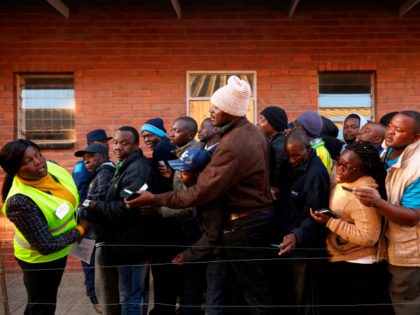 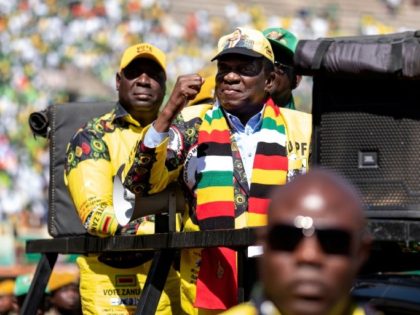 Zimbabwean police on Wednesday announced the arrest of two suspects in connection with the June 23 grenade attack on an election rally held by the ruling Zanu-PF party. The bombing has been described as an attempt to assassinate interim President Emmerson Mnangagwa, who is running for a full term in the July 30 election. 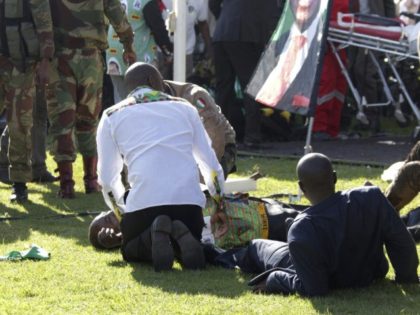 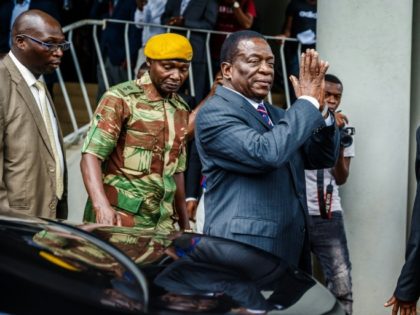 Zimbabwe’s interim President Emmerson “the Crocodile” Mnangagwa announced on Wednesday that elections will be held on Monday, July 30 for both the presidency and legislature. It will be the first time in four decades an election has been held without dictator Robert Mugabe on the ballot. 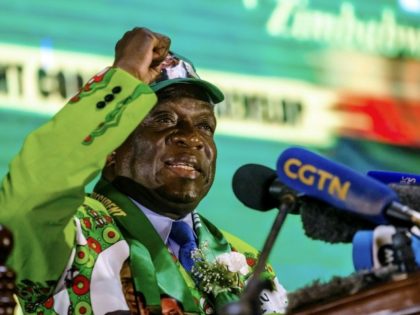 Former Zimbabwean dictator Robert Mugabe skipped a parliamentary hearing on Wednesday investigating $15 billion worth of lost diamonds supposedly because the nine o’clock start was a “bit too early” in the morning for him. 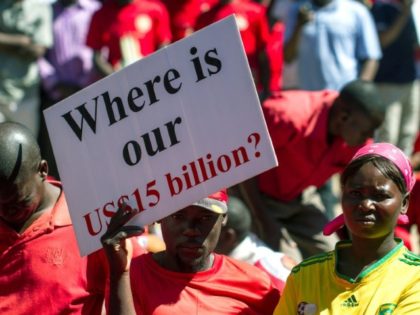 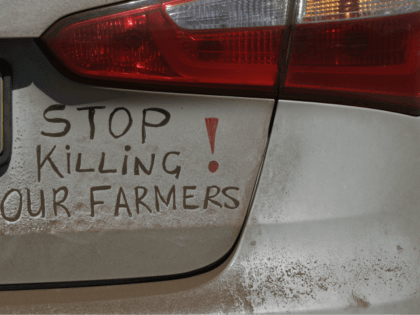 Zimbabwean President Emmerson Mnangagwa traveled to Beijing this week for a meeting with Chinese President Xi Jinping. Mnangagwa thanked Xi for his support, promised to strengthen Zimbabwe’s ties with China, and pledged to implement ‘Xi Jinping Thought’ in Zimbabwe as quickly as possible. 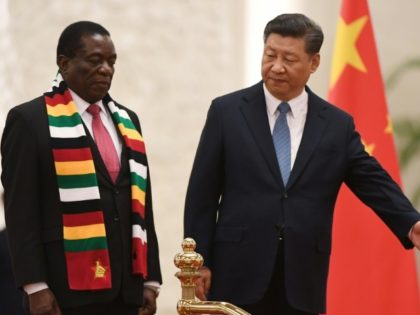 Grace Mugabe, the 52-year-old wife of 94-year-old deposed dictator Robert Mugabe of Zimbabwe, reported on Thursday that a swarm of some illegal miners overran her estate north of Harare to dig for gold and vandalize her property. She claimed the mob verbally abused her when she confronted them and demanded they leave. On Sunday, the Zimbabwean government accused Mugabe of fabricating the incident and said she was actually involved in a legal dispute with several mining syndicates. 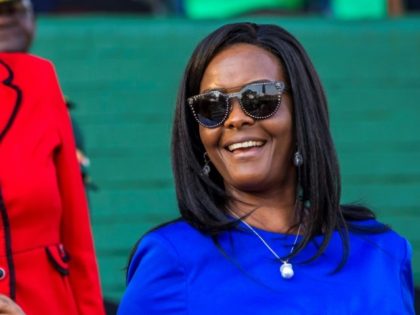 Mugabe Compares Himself to Julius Caesar, Blames South Africa for Not Defending Him

In an interview with a Zimbabwean newspaper over the weekend, ousted dictator Robert Mugabe complained that his friends in South Africa “could have done much more” to save him from the coup that ended his four decades of rule. 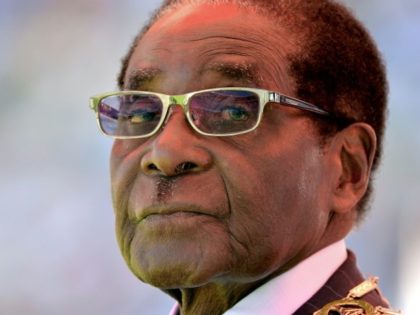 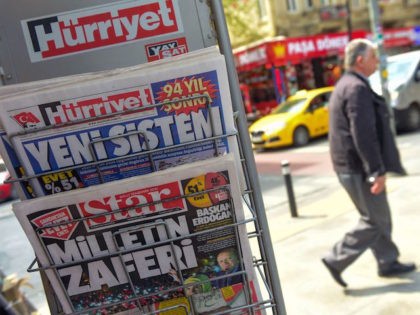 A few days after declaring he was removed from power in an illegal coup, Zimbabwe’s former dictator Robert Mugabe expressed a desire to meet with his successor, President Emmerson Mnangagwa, to help him “return to legitimacy.” 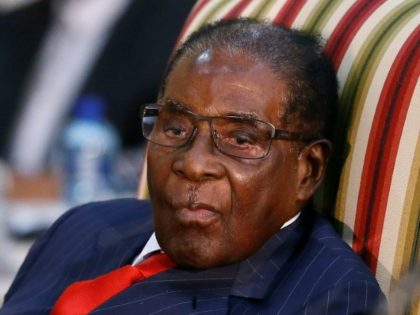 Mugabe Calls His Ouster an Illegal Coup, Says Successor Mnangagwa Is a ‘Disgrace’

94-year-old dictator Robert Mugabe returned to the spotlight on Thursday, four months after he was removed from the office he held for four decades. Despite an extravagant exit package that guaranteed Mugabe a lifetime of luxury in exchange for his graceful departure, he bitterly criticized the “coup” that swept him from power, denounced his successor Emmerson Mnangagwa as a “disgrace,” and suggested his ouster should be reversed. 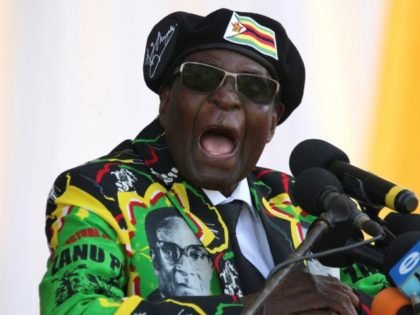 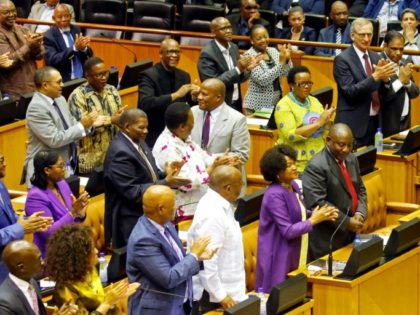 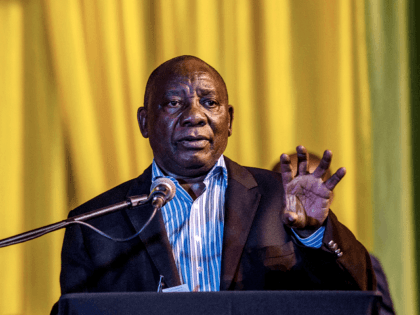 Police in Zimbabwe arrested a senior official and professor at the University of Zimbabwe (UZ) on Friday for having participated in issuing former First Lady Grace Mugabe a Ph.D. which she did not qualify for, according to multiple reports. 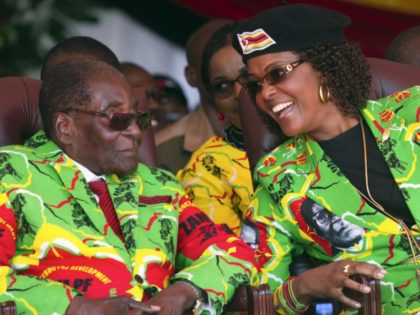 Morgan Tsvangirai, former prime minister of Zimbabwe and a stubborn foe of recently deposed dictator Robert Mugabe, died at the age of 65 in a South African hospital on Wednesday. 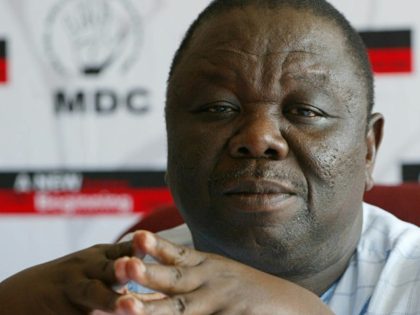 In a hopeful sign for post-Mugabe Zimbabwe, his successor President Emmerson Mnangagwa has decided to stop seizing land from white farmers, offering them 99-year leases on their property instead. 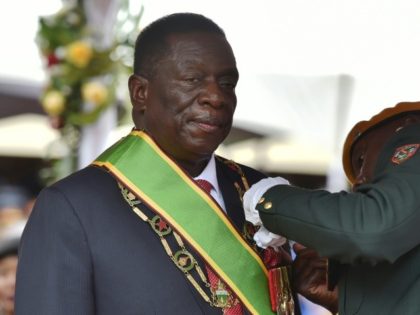