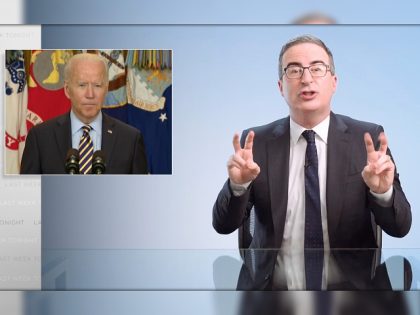 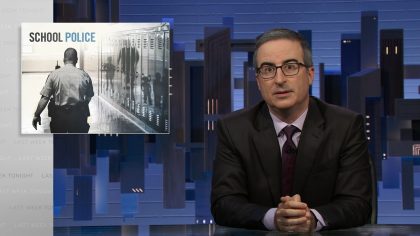 HBO’s John Oliver Attacks Alabama Gov. Kay Ivey over Transgender Kids Law: ‘What the F**k Is Wrong with You?’

HBO’s host John Oliver launched a vitriolic and profanity-laced attack on Alabama Gov. Kay Ivey (R) over the state’s recently passed Vulnerable Child Compassion and Protection Act, which makes it a felony to conduct surgery or provide puberty blockers and other hormone treatments to children under the age of 19. 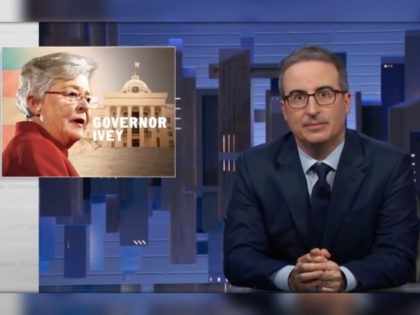 Exclusive: AL Gov. Ivey Fires Back at John Oliver — Alabama Wants Nothing to Do with His ‘Hollywood-Friendly, Liberal Agenda’ 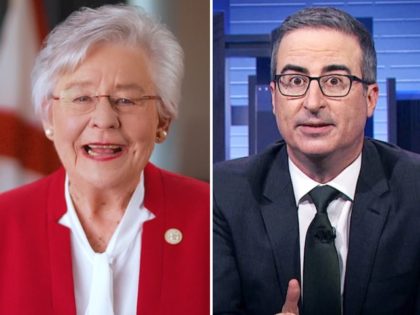 HBO’s John Oliver: Disney Should Pay More Taxes but Not Because of ‘Dipsh*t’ DeSantis

HBO’s “Last Week Tonight” host John Oliver said he’s pleased at the prospect of Disney paying more taxes in Florida but doesn’t like the fact that it was Gov. Ron DeSantis (R) who successfully brought down the hammer on the company. 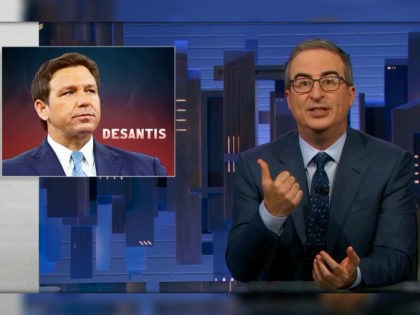 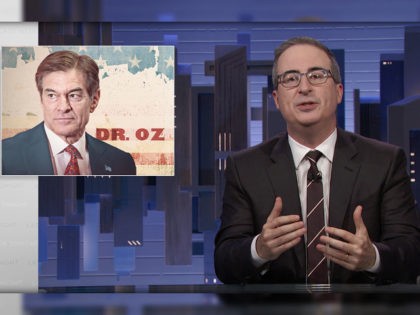 Comedian John Oliver, who has advocated for defunding the police, recently ridiculed law enforcement personnel across the country who have threatened to quit their jobs over COVID-19 vaccine mandates. 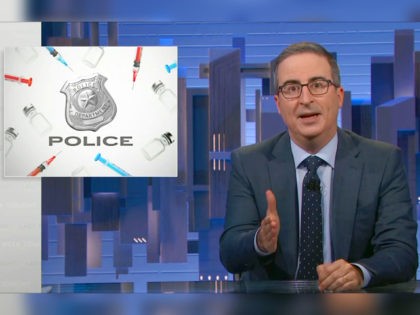 In the latest episode of HBO’s “Last Week Tonight,” host John Oliver attacked Americans who haven’t received the coronavirus vaccine, calling them “foolish” and blaming them for the rise in new cases of COVID-19. 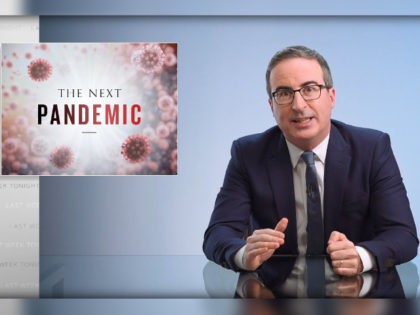 HBO’s “Last Week Tonight” host John Oliver is urging his viewers, specifically “White America,” to take the streets in protest over what he sees as a “cycle of state violence against black lives.” 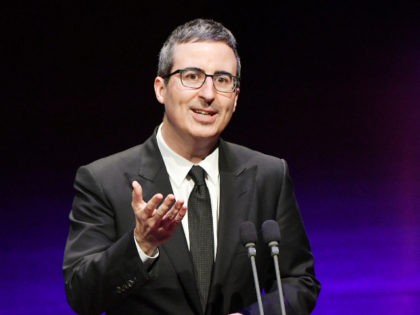 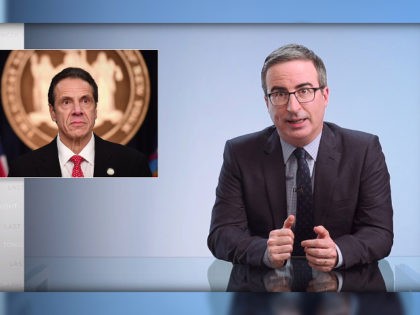 Pierce Morgan ripped John Oliver for attempting to speak on behalf of Americans in the wake of the deadly shooting in Parkland, Florida. 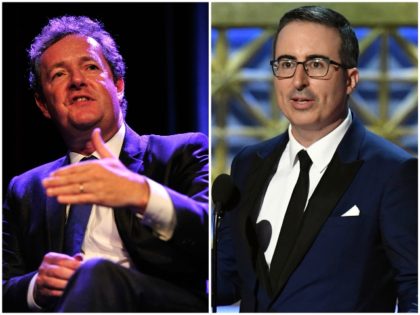 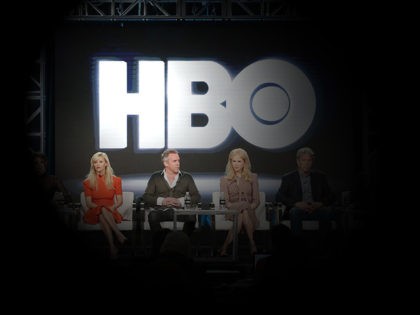 Last Week Tonight host John Oliver has emerged as one of the leading anti-Donald Trump personalities in the entire media landscape, with his biting critiques often shared, discussed, and debated in the mainstream press. But according to a Wednesday report in the Observer, the late-night funnyman used a tax loophole created in part by Trump in the 1970s to allegedly avoid paying a large tax bill on the $9.5 million New York City apartment he purchased in 2014, just weeks after deriding tax breaks for the wealthy during a segment on his HBO show. 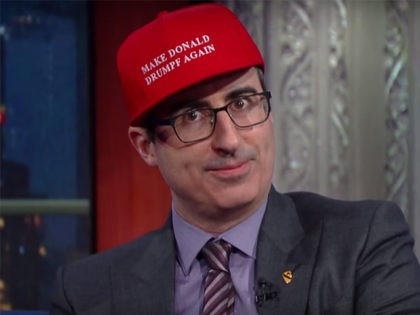 [Language Warning] During the Sunday broadcast of HBO’s “Last Week Tonight,” host John Oliver ripped into American Olympic swimmer Ryan Lochte over the story he gave about how he and three other swimmers were robbed at gunpoint in Brazil, which Brazilian police deny. 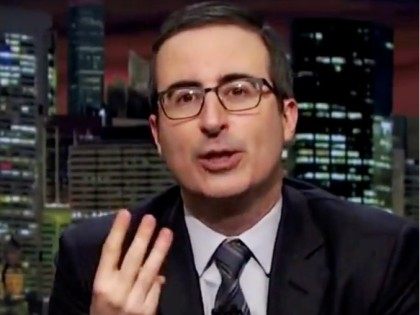 On Sunday’s broadcast of “Last Week Tonight” on HBO, host John Oliver sounded off on doping in the Olympics after some Russian track and field athletes were been banned from competing in the 2016 Olympic Games in Rio de Janeiro for doping. 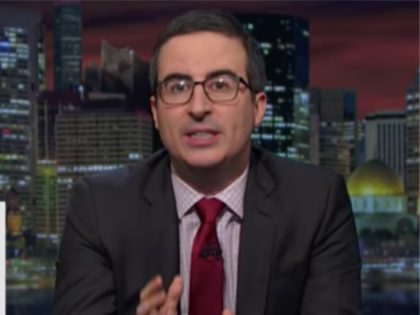 John Oliver, host of HBO’s Last Week Tonight, has been accused of stealing the idea of “debt-buying” from another organization and using it on his show. 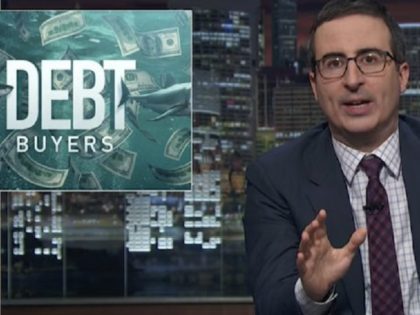 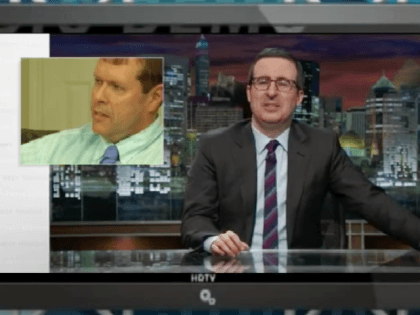 On his Sunday HBO show “Last Week Tonight,” host John Oliver took aim the Confederate flag, which he noted was just brought down at the South Carolina capitol. That gesture by the South Carolina state legislature was not enough for Oliver, 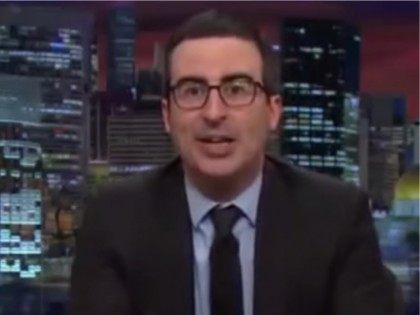