CNN anchor Kate Bolduan said Tuesday on “At This Hour” that House Minority Leader Kevin McCarthy (R-CA) was “lying” about his past comments on the January 6, 2021 riot on the U.S. Capitol. 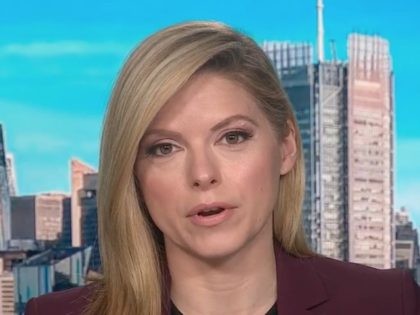 CNN anchor Kate Bolduan said Tuesday on her show “At This Hour” that “personal animosity” from Sen. Rand Paul (R-KY) towards Dr. Anthony Fauci was adding to an atmosphere of  “unhelpful hysterics” during Senate hearings on the coronavirus pandemic.

Fauci: It Is ‘When, Not If’ Definition of Fully Vaccinated Will Mean Three Shots

National Institute of Allergy and Infectious Diseases director Dr. Anthony Fauci said Wednesday on CNN’s “At This Hour” that it was a matter of “when not if” the definition of fully vaccinated will change to include a third booster shot. 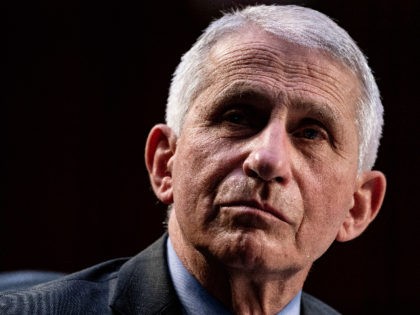 CNN anchor Kate Bolduan said Wednesday on “At This Hour” that the Texas abortion law is the definition of “hypocrisy” from those who oppose mask mandates. 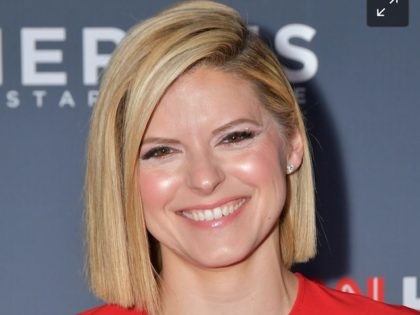 CNN chief international correspondent Clarissa Ward said Friday while reporting from the Kabul airport that despite promises from President Joe Biden of a full evacuation, during a period of eight hours, she did not see any U.S. flights evacuate people. 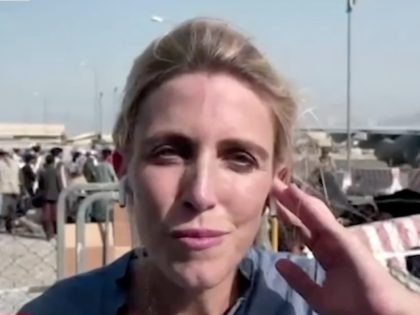 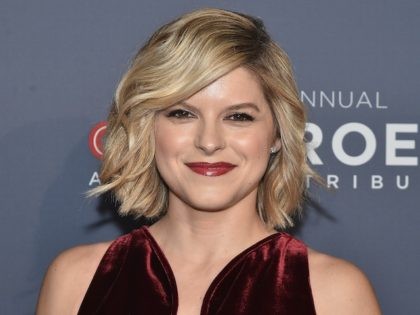 CNN’s Harwood: Republicans Would Smack Their Own Mothers in the Face if Trump Told Them To

CNN’s senior White House correspondent John Harwood said Friday on “Newsroom” that Republicans “would go smack their moms in the face” if President Donald Trump told them to. 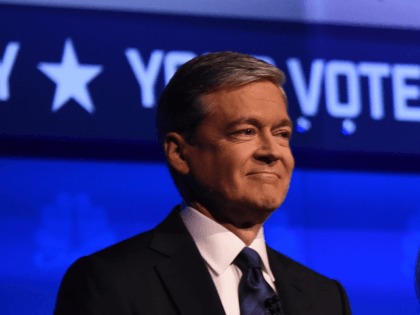 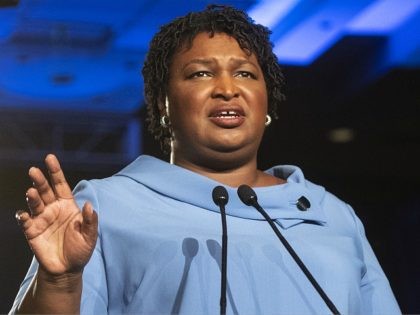 Rep. Bobby Rush: Trump Is ‘in the Throes of Some Type of Insanity’

Friday on CNN’s “Newsroom,” Rep. Bobby Rush (D-IL) said President Donald Trump is “really in the throes of some type of insanity.” 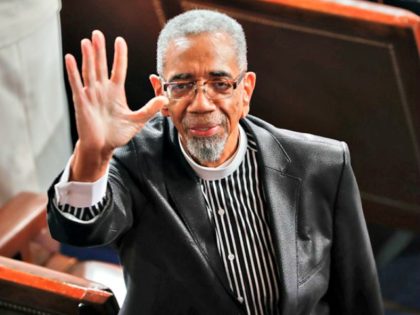 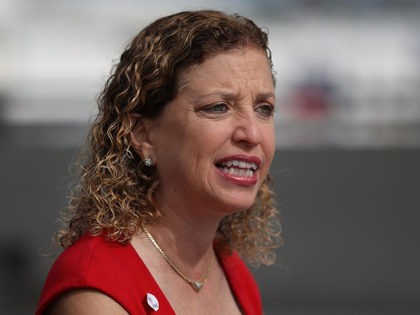 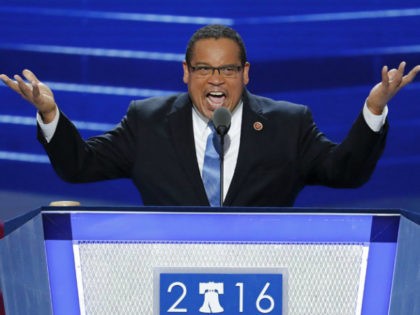 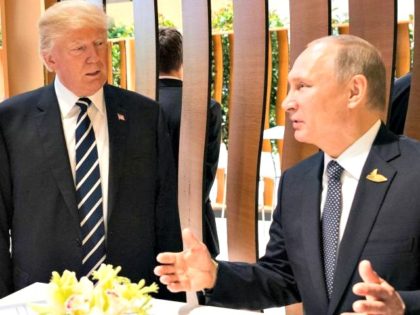 While Ohio State University students were still under a shelter-in-place directorate and police departments and SWAT teams were swarming the area near Watts Hall, a student told CNN she was huddled with others in Gurlock Hall and taking solace in the fact that their doors were being guarded by “military men.” 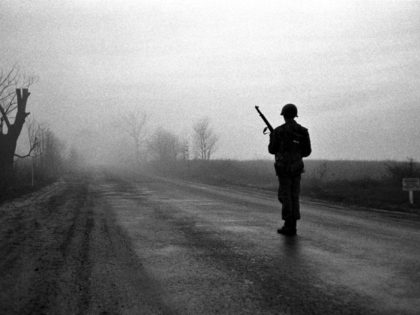 Several top journalists and TV news anchors RSVPed “yes” to attend a private, off-the-record gathering at the New York home of Joel Benenson, the chief campaign strategist for Hillary Clinton, two days before she announced her candidacy in 2015, according to emails Wikileaks has published from John Podesta’s purported accounts. 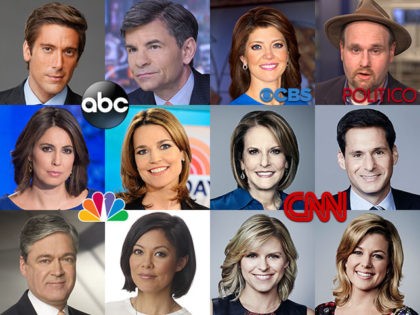 CNN’s Bolduan: ‘Strong Point’ To Ask What Clinton Has Done For 30 Years, ‘She Did Not Answer’

During an interview with Hillary for America Chief Strategist Joel Benenson on Tuesday’s broadcast of CNN’s “At This Hour,” co-host Kate Bolduan asked, “what’s she been doing for 30 years? It’s a strong point. What’s the answer? She did not 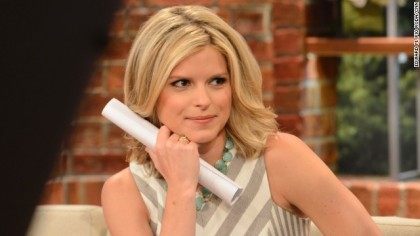 ‘I Was Just Joking’: Media Apoplectic as Khizr Khan Attack on Donald Trump Goes Down in Flames

Mainstream media figures from the New York Times to the Huffington Post to CNN are apoplectic Monday as their latest attack on Donald J. Trump, the Republican nominee for president, has crumbled yet again under the slightest bit of scrutiny. CNN’s Bolduan to NYT: ‘Concerning,’ ‘As a Journalist’ That Woman In Trump Story Says You Were Misleading

On Monday, CNN’s “At This Hour” Kate Bolduan co-host told New York Times reporters Michael Barbaro and Megan Twohey that the fact that their story on presumptive GOP president nominee Donald Trump is being disputed by one of the women quoted in the piece, 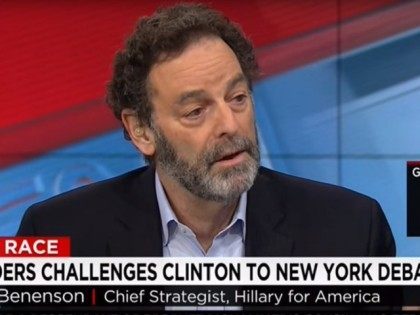 Amanda Carpenter Fires Back: ‘Categorically False …They Can Talk to My Lawyer’ 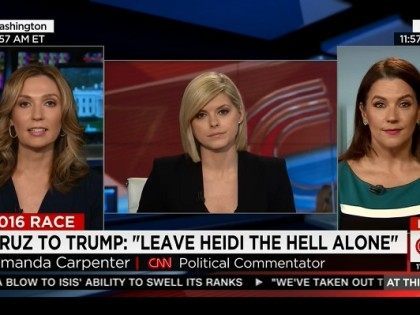 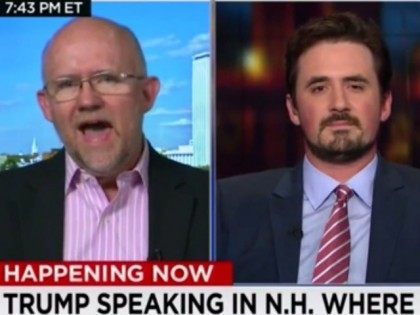 CNN Anchors Shocked ‘All These Months Later,’ Obama Still Has No ISIS Strategy

Monday on CNN’s “At This Hour With Berman and Bolduan,” anchors John Berman and Kate Bolduan were shocked President Barack Obama admitted he doesn’t have a complete ISIS strategy and said “All these months later and there’s still no strategy,” adding 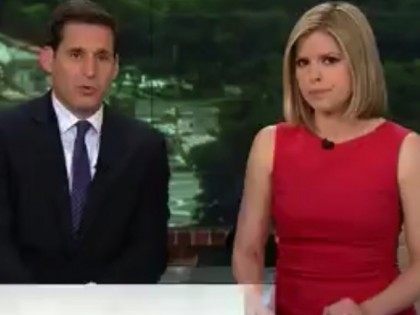 New Yorker's Lizza: 'Everyone Should Be Happy' with WH Immigration Announcement

A panel on CNN’s “New Day” expressed their shock that President Barack Obama’s announcement that he will act unilaterally on immigration has received criticism.  Anchor Kate Bolduan stated that Speaker John Boehner’s negative reaction to the president’s statement “makes me

No one wants to write this story, but the simple fact is that CNN is collapsing before our very eyes. The network has no direction, no focus, no discernible mission (other than protecting Democrats), and its already terrible ratings keep

THR: CNN’s new morning program co-hosted by Chris Cuomo and Kate Bolduan will bow June 10. The network made the announcement Tuesday along with the show’s title: New Day. The program, which also includes former KTLA anchor Michaela Pereira as

Soledad O'Brien Signs Off From CNN

Soledad O’Brien Signs Off From CNN. After more than a year of some of the worst ratings in cable news history, Soledad O’Brien took the last few minutes of her morning show “Starting Point” to say goodbye: Whatever. Soledad O’Brien