Tens of thousands of supporters of President Donald Trump gathered under a red evening sky in Kenosha, Wisconsin, for the penultimate rally of the 2020 presidential campaign.

With temperatures at 47º Fahrenheit, and the wind blowing steadily from the west, the weather was cold, with the wind chill at 41º. But that did not deter the faithful from attending a rally in a town that was devastated by Black Lives Matter riots in August — as Democratic Party nominee Joe Biden criticized police.

Much of the damage in the town is still visible, with rubble in the central business district, and public buildings boarded up.

Trump visited the town immediately and backed local law enforcement, over the objections of Democrats.

Photos before the rally: 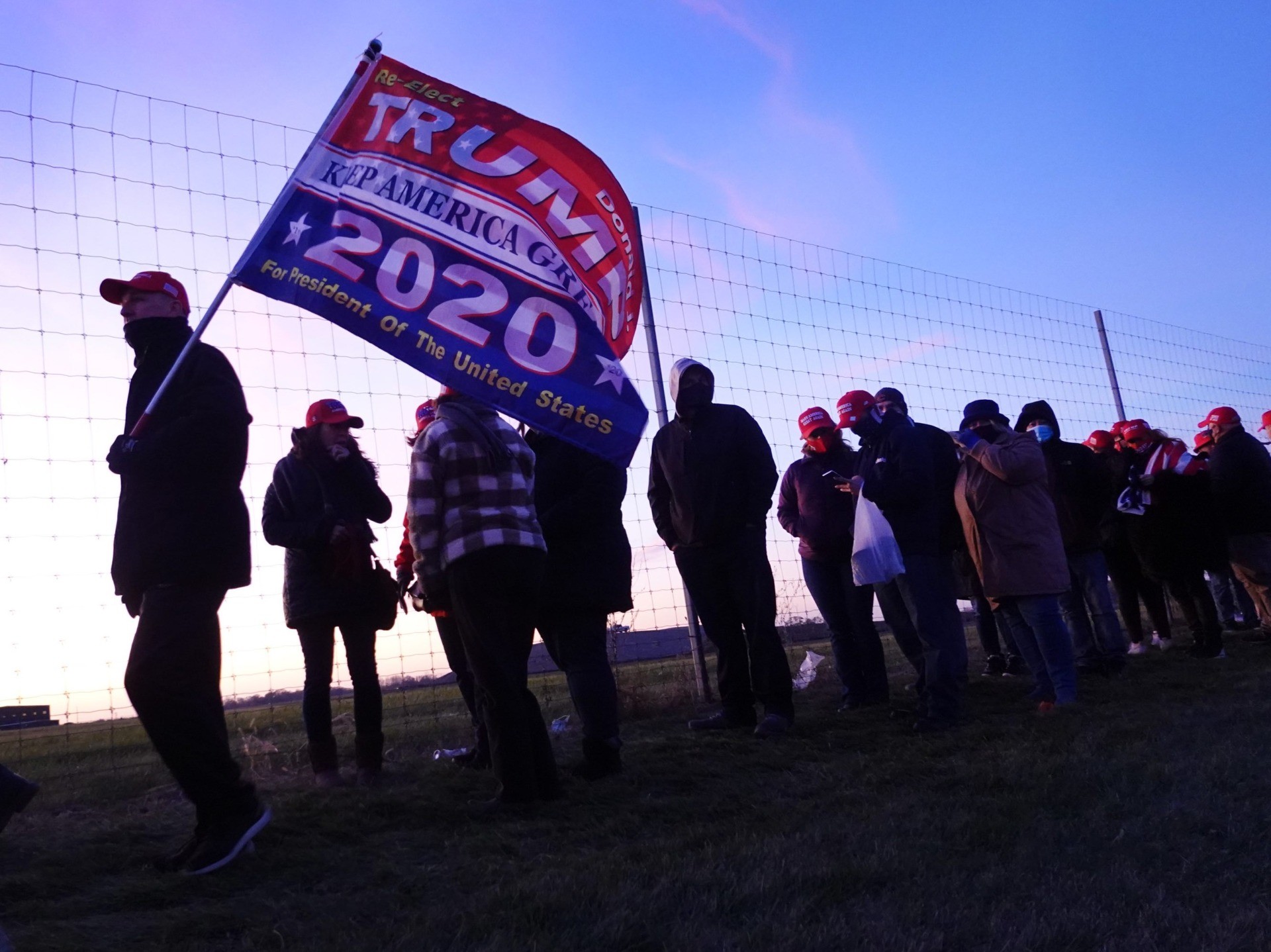 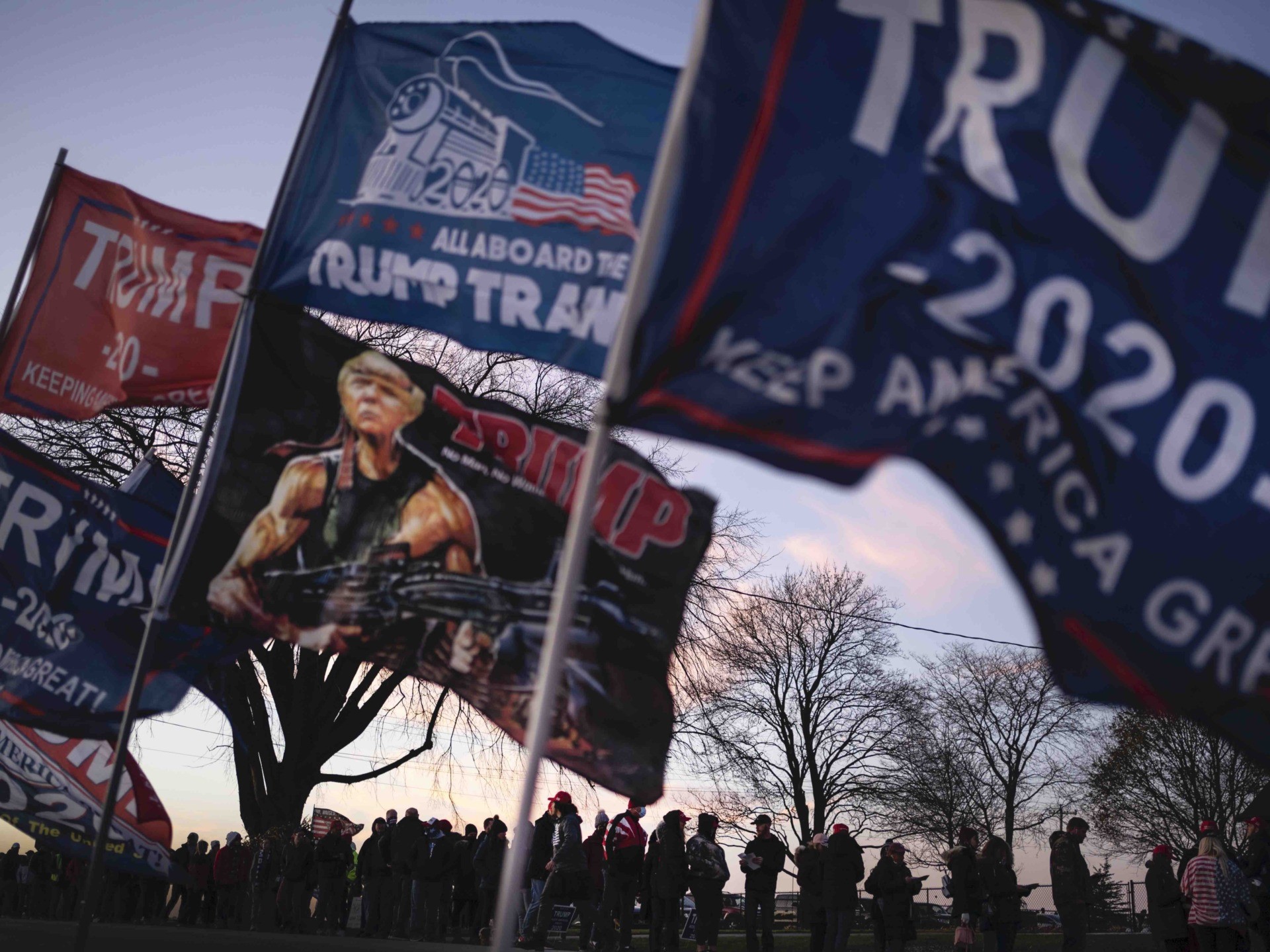 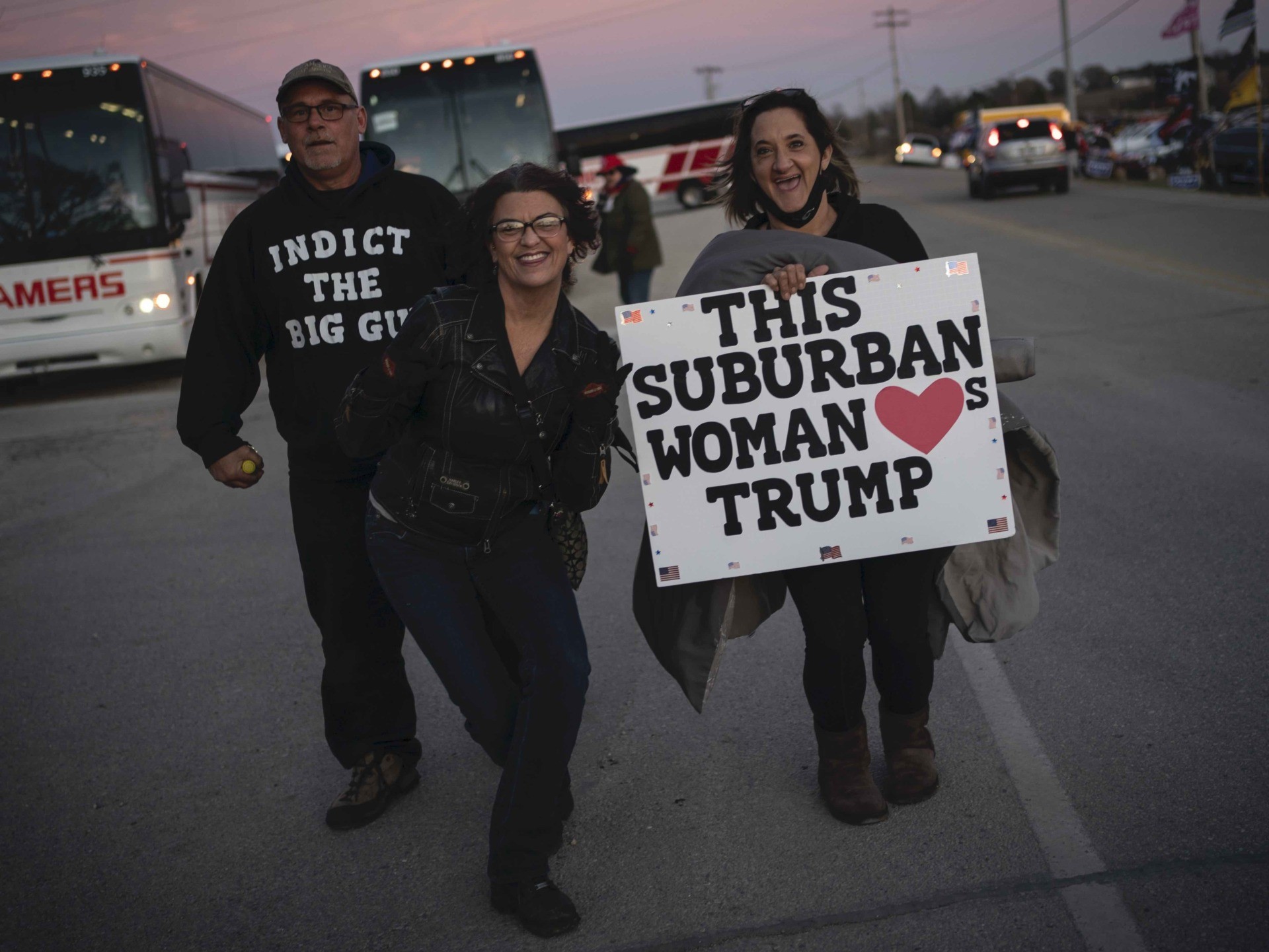 Trump supporters gather to be shuttled to a rally where he is to speak at, Monday, Nov. 2, 2020, in Kenosha, Wis. Trump has made Wisconsin a focus of his final push, including a stop planned Monday night in Kenosha. (AP Photo/Wong Maye-E) 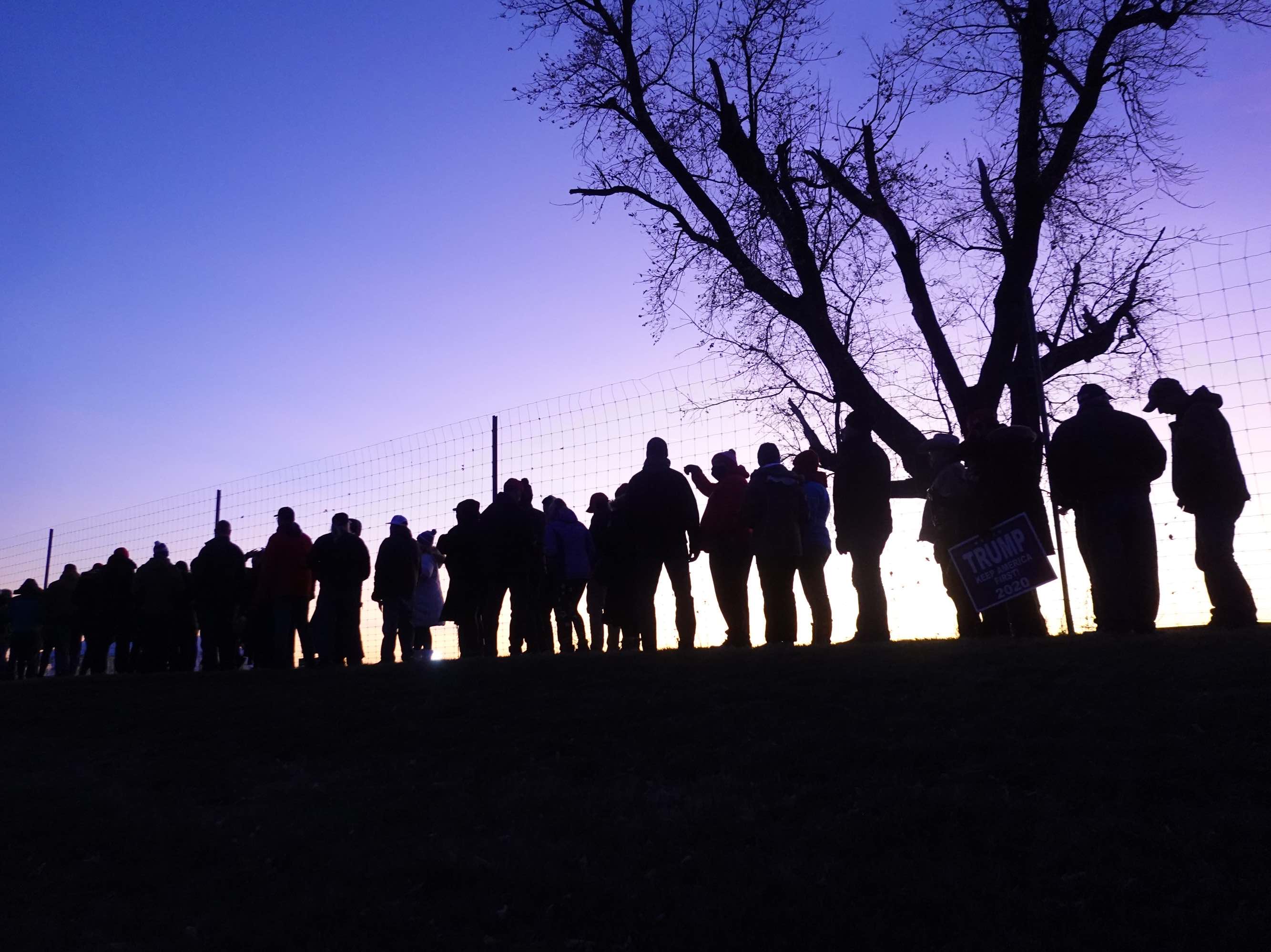 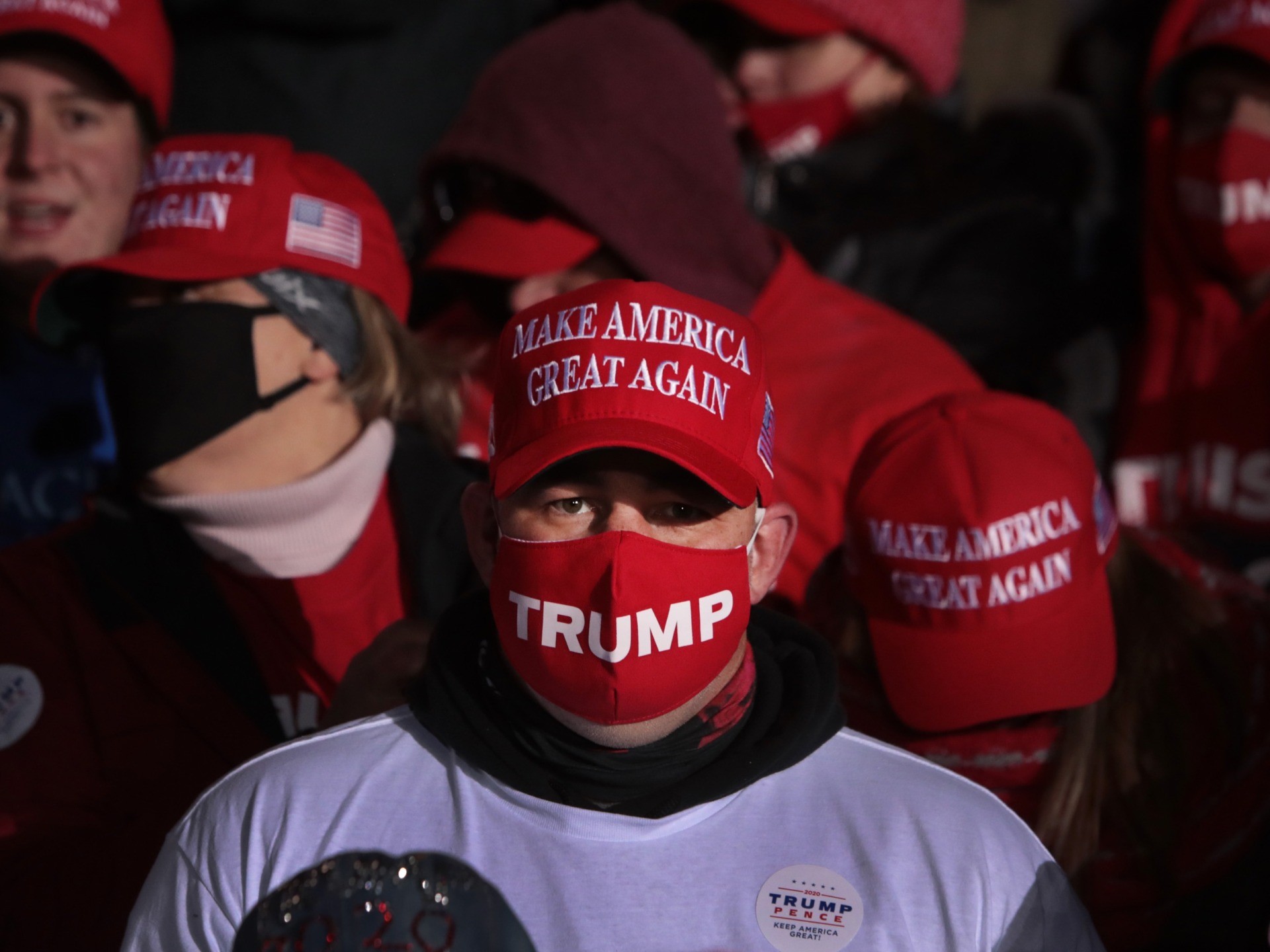 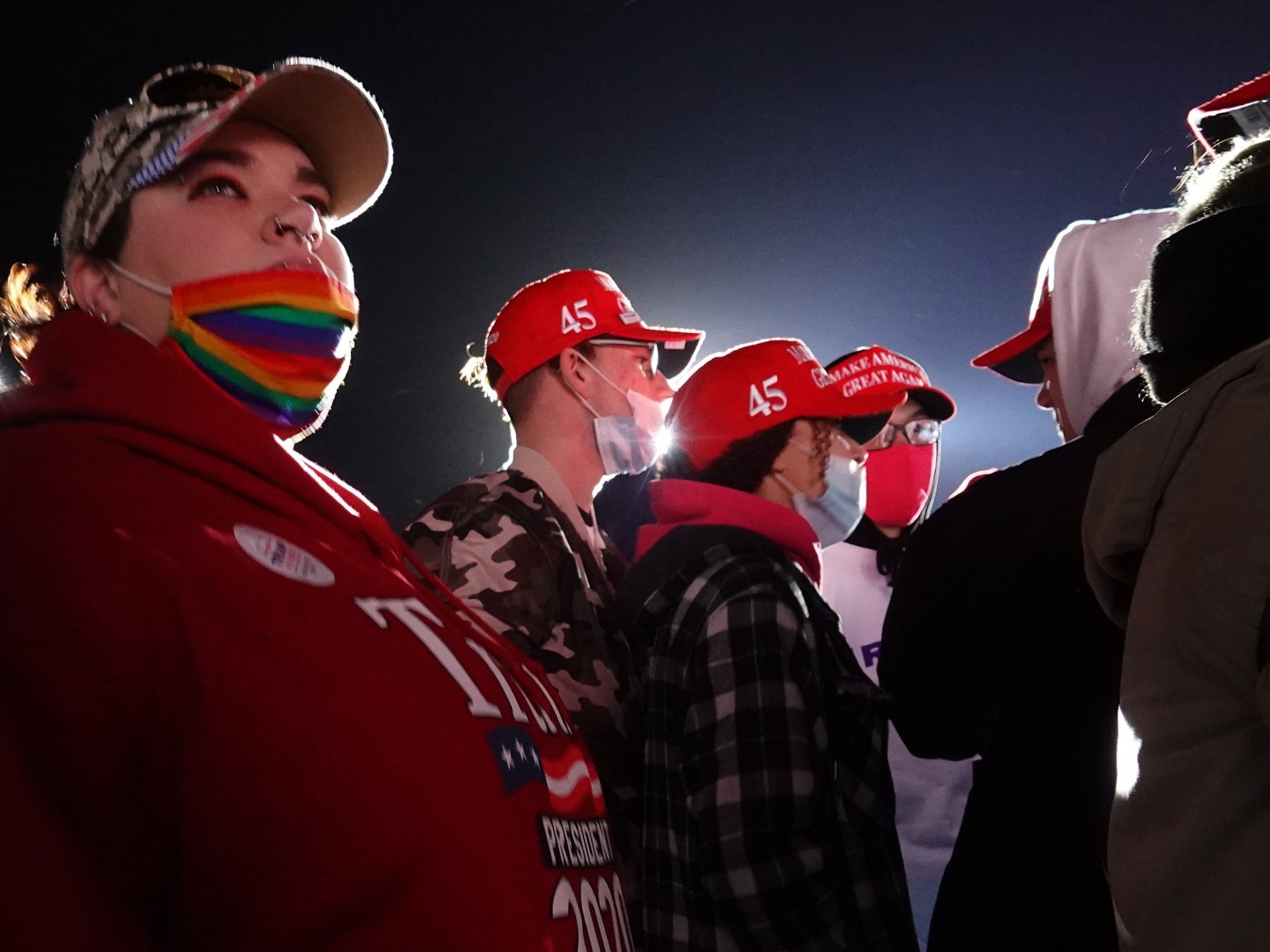 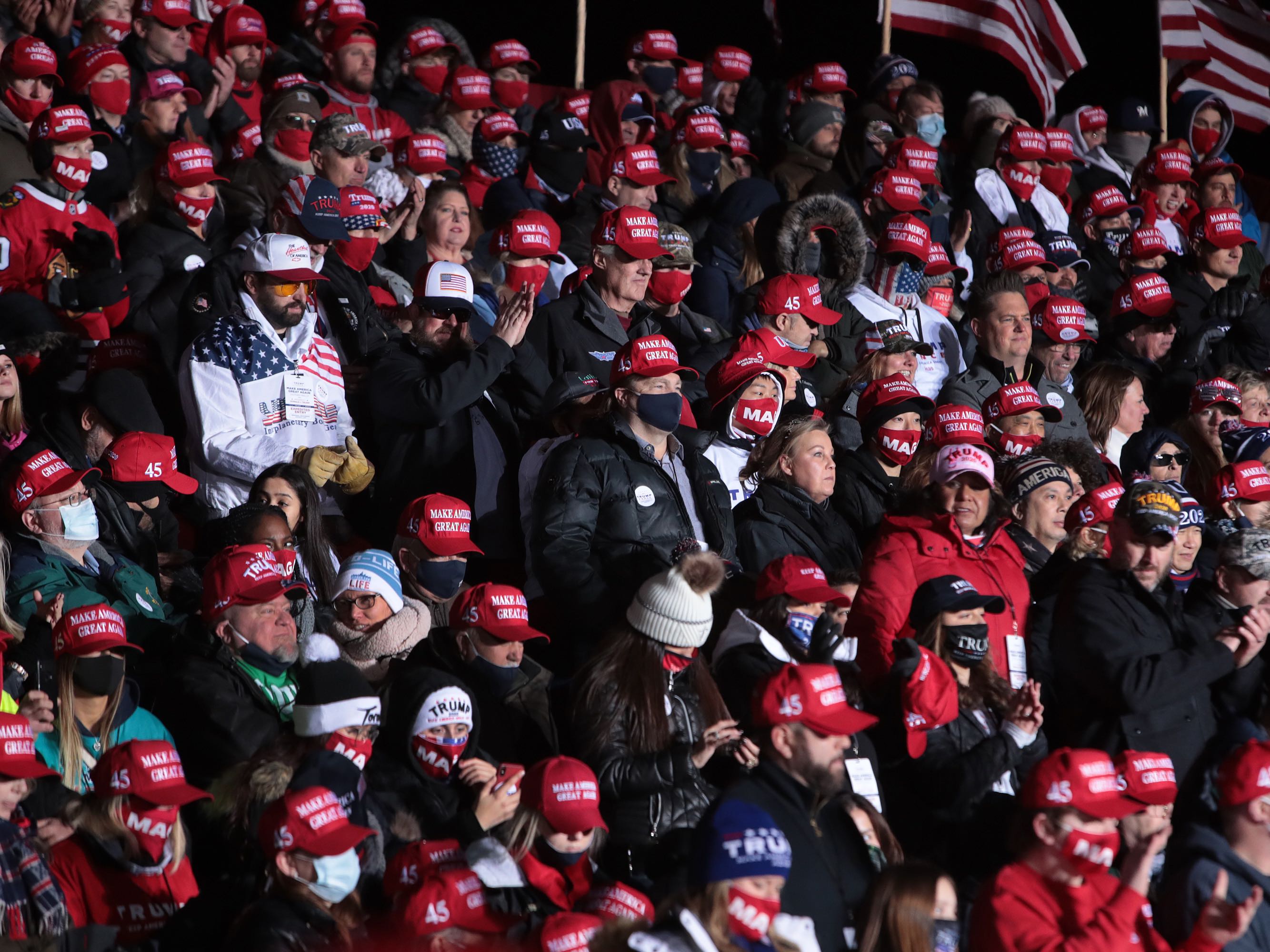 The president is scheduled to close out the 2020 campaign with one last rally in Grand Rapids, Michigan — as he did in 2016.

Joe Biden closed out his own campaign in Pittsburgh, Pennsylvania, another closely contested state. Polls have tightened in the days leading up to Election Day on Tuesday, and both sides believe they have a chance to win.