Greta Thunberg doesn’t write her own Facebook posts. They are largely written for her by grown-up environmental activists including her father Svante Thunberg and an Indian delegate to the UN Climate Secretariat called Adarsh Pratap. 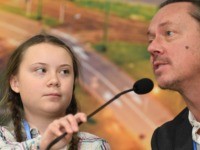 Ann Coulter: How to Get into Harvard Without Good S.A.T. Scores!

If you’re looking for a shortcut to get your kid into a prestigious college, but your little one doesn’t have high enough cheekbones to claim to be an Indian, consider the petal-strewn path of the newly elected San Francisco district attorney, Chesa Boudin.

Activist David Hogg celebrated Democrats’s sweeping victories in the Virginia legislature by suggesting he and his fellow gun controllers should now buy NRA headquarters and turn it into a gun control museum. 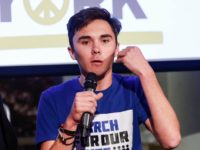 Friday on MSNBC’s All In, March for Our Lives co-founder David Hogg discussed what he believed was the origin of mass shootings in the United States. Hogg said, “I think it comes down to reckoning with our history and our history of 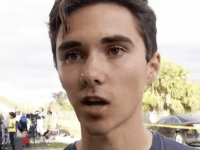 Nolte: We Should Never Listen to Stupid People, Especially Children 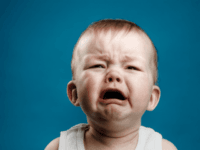 Wednesday, March for Our Lives co-founder David Hogg discussed his “Peace Plan,” which is calling for the registration of all guns, implementation of “mandatory” buybacks of certain guns and pushing for other changes in gun laws. Hogg said the plan 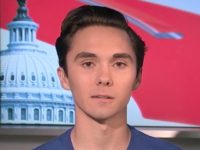 March for Our Lives: Register All Firearms, Do ‘Mandatory’ Gun Buybacks

The March for Our Lives gun control movement is calling for the registration of all guns and implementation of “mandatory” buybacks of certain guns. 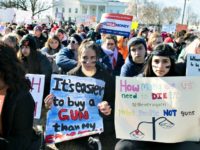 Student gun control activist David Hogg claims he has been targeted for assassination seven times during the past 12 months. 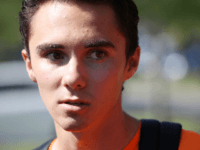 Sen. Dianne Feinstein (D-CA) responded to the attack on the Congregation Chabad in Poway by calling for more gun control now. 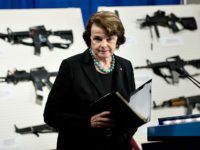 Gun control activist David Hogg is celebrating his birthday by targeting banks that do business with gun manufacturers. 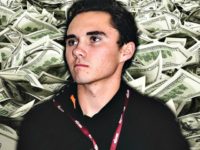 David Hogg accused President Donald Trump of supporting “terrorism” against black churches on Monday because Trump had not tweeted about the three historically black churches that recently burned down in Louisiana. 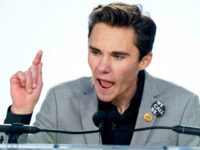 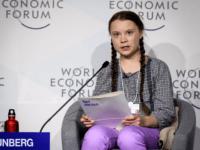 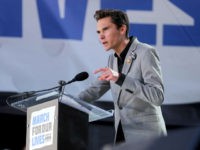 David Hogg on AR-15s: ‘You Are Not Defending Yourself, You Are Hunting a Human Being’

Tuesday on MSNBC’s “Andrea Mitchell Reports,” gun control advocate David Hogg said he was working to “ban assault weapons” in his home state of Florida. Discussing working with relatives of some of the 17 people killed at last years mass shooting 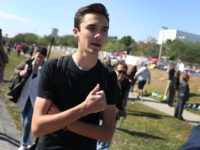 Disgraced comedian Louis C.K. reportedly joked about his own sexual misconduct during a standup set Wednesday, simply telling the audience, “I like to jerk off, and I don’t like being alone.” 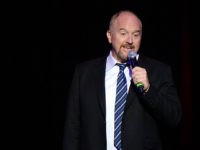 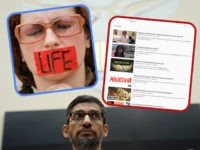 David Hogg suggests efforts to declare a “national emergency” regarding border security could be better spent with action against “gun violence.”

Ricky Gervais Defends Louis C.K.: ‘You Can Joke About Whatever the F*ck You Like’

Actor Ricky Gervais defended the right of comedians to joke about the most sensitive subjects in light of the massive left-wing backlash to a leaked Louis C.K. routine in which he makes fun of Parkland students and “non-binary” people.“Please stop 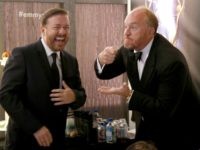 Delingpole: In Defense of Louis C.K….

Louis C.K. has now very painfully discovered, in the current culture wars which are ravaging the United States and the West generally, there are no neutral participants. Either you’re on the side that believes in censorship, and aggressively celebrating such trendy modern shibboleths as transgenderism and third wave feminism. Or you’re on the side that finds those things a massive joke. 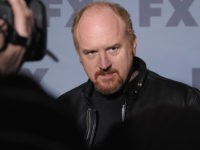 Gun control activist David Hogg announced Saturday that he has been officially accepted to Harvard University. 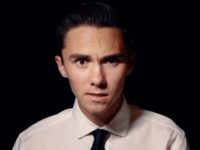 Student gun control activist David Hogg is pushing for a federal tax on guns and bullets.

Glamour magazine is promoting five high school gun controllers as “Women of the Year” ahead of the November 6 midterm elections. 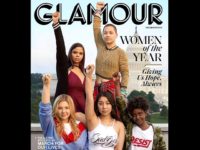 In a Sunday appearance on MSNBC’s “Kasie DC,” gun control activist David Hogg offered his thoughts on Saturday’s synagogue attack in Pittsburgh. He argued the reason people use the phrase, “The only thing that can stop a bad guy with

‘My First Time’: Chris Evans and David Hogg Star in ‘March For Our Lives’ Voting PSA

Chris Evans, David Hogg, Zoe Kravitz, and other gun control celebrities appear in a March for Our Lives PSA reminiscing about their “first time,” voting that is. 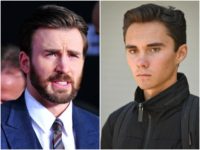 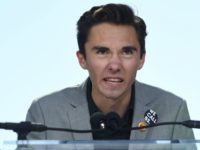 Anti-gun activist David Hogg made a fool of himself last week as he urged Canadians to donate to American political campaigns, which is against the law. 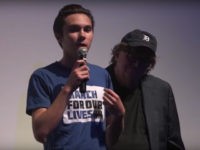