The United States will designate the “cancerous” Boycott, Divestment and Sanctions (BDS) campaign against Israel “anti-Semitic” and immediately begin penalizing groups affiliated with it, U.S. Secretary of State Mike Pompeo announced Thursday during a visit to Israel.

“Today I want to make one announcement with respect to a decision by the State Department that we will regard the global anti-Israel BDS campaign as anti-Semitic,” he said in a joint press briefing with Prime Minister Benjamin Netanyahu.

“I know this may sound simple to you, Mr. Prime Minister, it seems like a statement of fact, but I want you to know that we will immediately take steps to identify organizations that engage in hateful BDS conduct and withdraw U.S. government support for such groups. The time is right,” Pompeo stated.

“We will immediately take steps to identify organizations that engage in hateful BDS conduct and withdraw U.S. government support for such groups,” Pompeo said.

“We want to stand with all other nations that recognize the BDS movement for the cancer that it is,” Pompeo said. “And we’re committed to combating it. Our record speaks for itself. During the Trump administration, America stands with Israel like never before.”

Netanyahu thanked Pompeo for his “unwavering support” of Israel, throughout his tenure as CIA director and then as secretary of state, and went on to say that under US President Donald Trump the US-Israeli relationship had “reached unprecedented heights.”

Hours later, Pompeo announced that the U.S. will label exports from Jewish settlements as Israeli.

Pompeo on Thursday also became the first secretary of state to ever visit a Jewish settlement.

The Psagot winery visit came enroute to the Golan Heights, in another first for a U.S. secretary of state. Last year, President Donald Trump recognized Israeli sovereignty in the Golan. 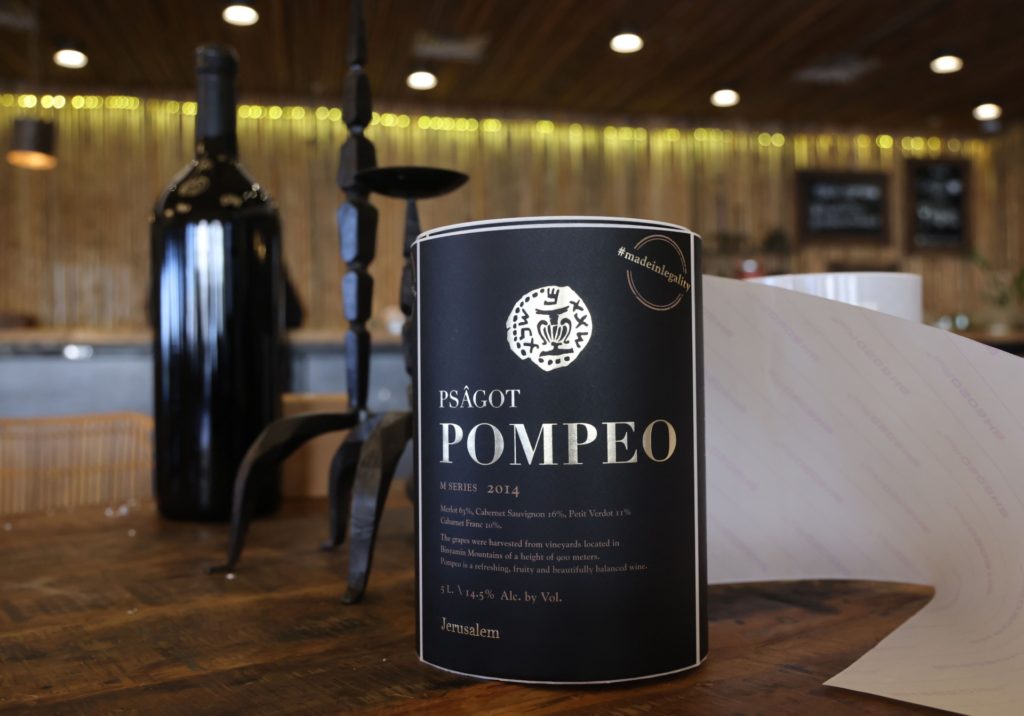 Wine labels named after U.S. Secretary of State Mike Pompeo await to be put on a bottle at Israeli winemaker Yaakov Berg’s Psagot Winery, in the settlers industrial park of Sha’ar Binyamin near the Israeli Psagot settlement in the occupied West Bank north of Jerusalem on November 18, 2020. Berg’s decision to name his red blend after U..S Secretary Mike Pompeo may capture attention, but for him the hashtag on the label’s top right corner “#madeinlegality” is just as important, categorically rejecting the notion that he makes his wine on a land where Israelis don’t belong. (EMMANUEL DUNAND/AFP via Getty Images)