Mason Weaver stood in front of the Freedman’s Memorial at Lincoln Park in the nation’s capital on Tuesday to urge the preservation of the statue featuring President Abraham Lincoln and a freed slave and called out leftist protesters such as Black Lives Matter for the violent protests that have taken place around the country in recent weeks in the wake of black people dying  at the hands of police. 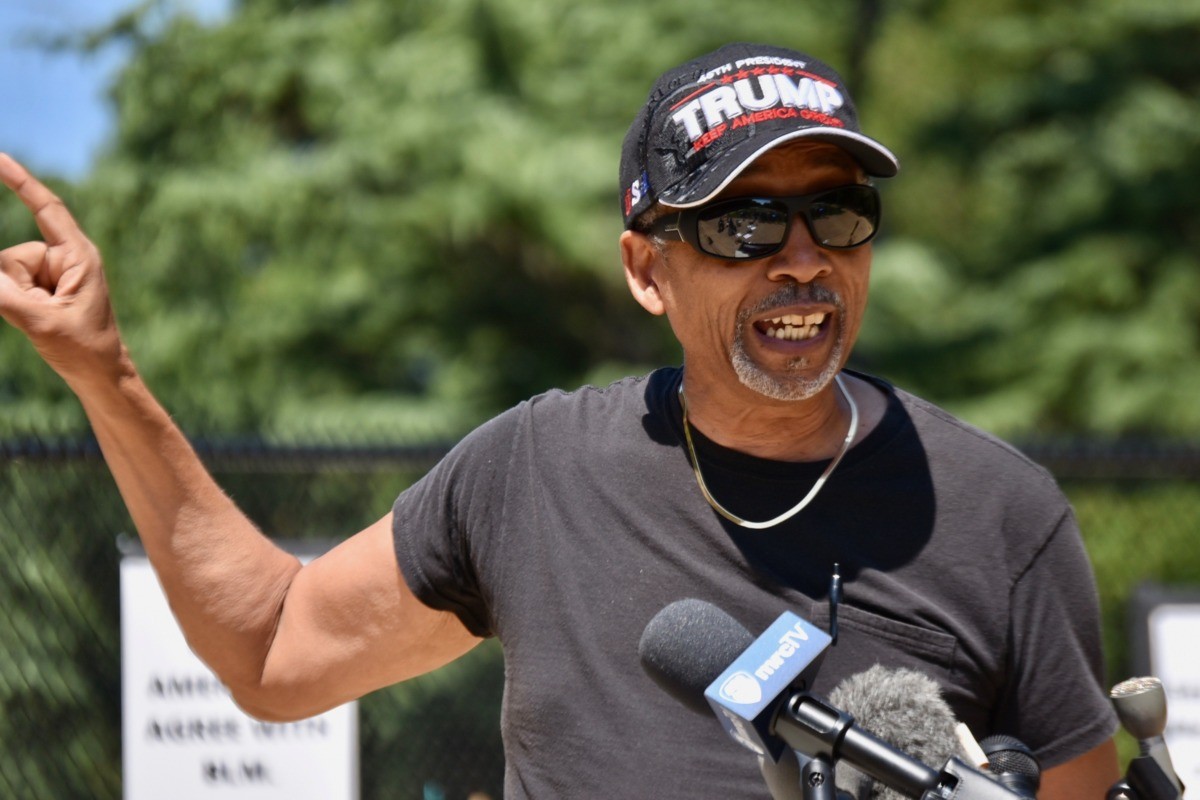 Conservative activist Mason Weaver spoke at Lincoln Park in Washington DC, on Tuesday about the need to protect the Freedman’s Memorial at the park from mob protesters. (Penny Starr/Breitbart News)

“We will not live in a nation where a mob will rule us,” said Weaver, author of the book It’s OK to Leave the Plantation. “We will not stand for it.”

Weaver was one of several speakers at the “emancipation celebration,” organized by Star Parker’s Center for Urban Renewal and Education (CURE). Parker praised President Donald Trump’s executive order to push back against the anti-monument protesters and suggested that the national garden he wants to build should be at Lincoln Park. Parker said the park should be renamed Unity Park.

“They’re trying their best to divide us by our differences,” Weaver said. “We’re going to be united by our commonality.”

Weaver said that the Civil War was fought mostly by white men who “died to free strangers.”

“Three hundred and sixty thousand white men went south to fight their brothers and died to free strangers,” Weaver said. “Are you kidding me?”

Weaver said, “We owe them” for their sacrifice and repeated his disdain for violent protesters who are trying to destroy history.

“How dare us allow these criminal-minded people come and tear us apart,” Weaver said.

Rep. Louie Gohmert (R-TX) could not attend in person but shared his thoughts with reporters and supporters:

This monument celebrates a time when this nation made an historic advancement down the road our founders set us upon when they had the courage to put pen to paper and condemn their own actions when they wrote, ‘We hold these truths to be self-evident, that all men are created equal and endowed by their creator with certain unalienable rights.’

“Many Americans, both black and white, paid with blood and treasure for that progress, including President Abraham Lincoln himself, whose assassination came just days after the Civil War officially ended,” Gohmert said.