Miley Cyrus, Justin Bieber and Shakira will perform during an upcoming benefit concert for COVID-19 relief. 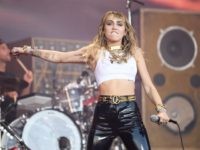 Michelle Obama has described her When We All Vote initiative as a non-partisan effort to boost voter registration among all Americans. But the project, which is also aggressively pushing voting by mail, is backed by a slew of left-wing Hollywood and sports celebrities whose past public statements have been anything but non-partisan. 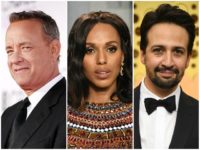 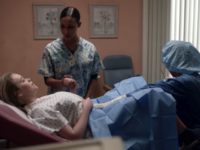 PHOTOS: 11 Best and Worst Dressed Actresses at the 2019 Emmys

Fierce fashion was in full force at this year’s Emmy Awards, with lots of stellar hits and almost as many tragic misses. 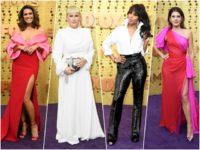 Kerry Washington: Trump Is ‘Traumatizing Children’ with Our Tax Dollars

Actress Kerry Washington attacked President Trump over the weekend for his border policies, claiming that the United States is “subjecting refugees to inhumane conditions.” 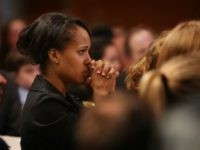 Alexandria Ocasio-Cortez, the self-professed “Democratic socialist” running to represent New York’s 14th District in Congress, sported an outfit worth $3,500 in a posh photo shoot and interview with actress Kerry Washington. 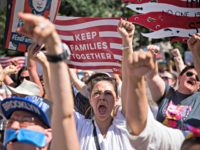 Dozens of Hollywood stars will hit the streets from Los Angeles to Boston on Saturday to protest the Trump administration’s illegal immigration enforcement. 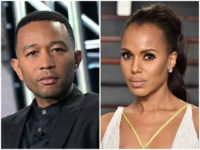 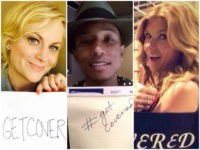 Creative Artists Agency (CAA), one of the largest talent agencies in the world, is set to host its first annual “Amplify” event to promote diversity in Hollywood and the entertainment industry. 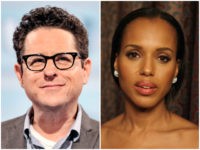 The stars and producers of ABC’s political drama Scandal are celebrating the show’s centenary episode and sharing their thoughts about how Donald Trump’s election caused anxiety both on and off the screen. 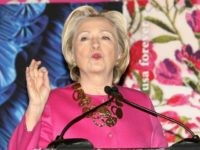 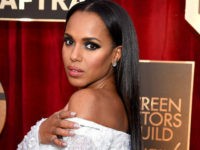 As President Obama delivered his farewell speech to the nation in Chicago Tuesday night, Hollywood stars and celebrities took to social media to express their gratitude and celebrate his achievements one final time. 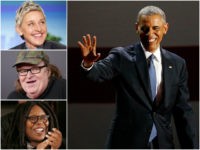 Jerry Seinfeld, Samuel L. Jackson, Michael Jordan, and Leonardo DiCaprio are among the many celebrities who have issued an emotional farewell video for President Barack Obama. 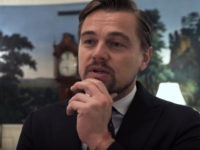 Celebrities Melt Down on Twitter During First Presidential Debate

Like millions of Americans watching at home across the country, Hollywood celebrities were glued to their Twitter accounts Monday night during the first presidential debate between Democrat Hillary Clinton and Republican Donald Trump — and emotions ran high during the showdown. 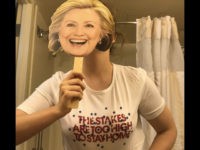 Kerry Washington: Voting Trump is ‘Against Our Best Interests as Americans’

Scandal star Kerry Washington lit into Republican presidential candidate Donald Trump and his campaign manager, Kellyanne Conway, during an appearance Friday on HBO’s Real Time, telling host Bill Maher that Democrat Hillary Clinton has the better policies, but that her message has been drowned out while the media chooses to focus its coverage on Trump. 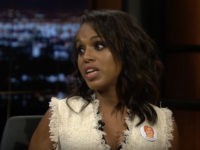 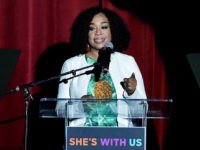 Actor Tony Goldwyn at DNC: Hillary Will Change ‘Hard Truths About Race and Justice in America’

Actor Tony Goldwyn — best known for his role as President Fitzgerald Grant on ABC’s Scandal — introduced the Mothers of the Movement, a politically active group of mothers whose children were killed in police-involved shootings in recent years. 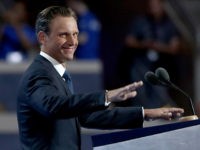 More than 100 high-profile celebrities have joined a MoveOn.org campaign called “United Against Hate” in an all-out effort to stop Donald Trump from winning the White House in November. 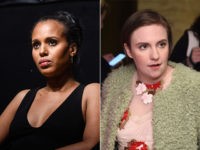 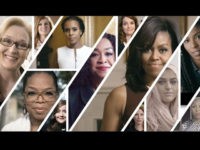 The Obama administration has sent an email containing ready-made pro-immigration talking points to top-level Hollywood influencers in an effort to encourage them to promote the White House’s immigration policies on social media during June’s Immigrant Heritage Month. 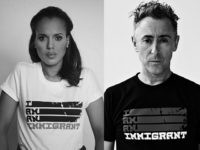 Kerry Washington, Aziz Ansari On Diversity: ‘Every Industry Is So White’

Scandal star Kerry Washington and actor-comedian Aziz Ansari sat down to discuss the hot-button issue of diversity both in Hollywood and across other industries as part of the fourth season of Variety and PBS’ “Actors on Actors” series. 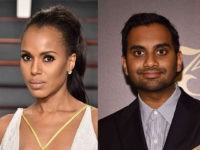 ABC drama Scandal continued its sustained attack against Republicans and party presidential frontrunner Donald Trump in Sunday night’s episode, and in the process derided “country people” as “inbred, filthy” “morons” who don’t know how to read. 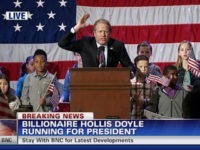 Kerry Washington, the actress who plays law professor Anita Hill in HBO’s upcoming film about the confirmation hearings for Supreme Court Justice Clarence Thomas in 1991, claims Confirmation is “not a propaganda movie.” 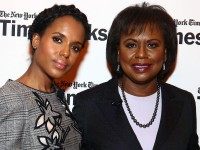 Wendell Pierce on Playing Clarence Thomas in HBO’s ‘Confirmation’: ‘I Believe Something Happened’ With Anita Hill 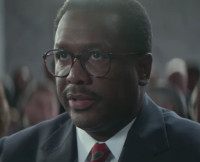 Sen. Barbara Boxer (D-CA) attended the star-studded premiere of HBO’s upcoming film Confirmation on Thursday night, where she credited one of the film’s main characters, Anita Hill, for getting her elected to the Senate during the so-called Year of the Woman 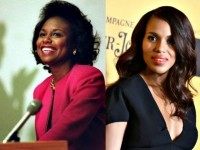 HBO’s upcoming film about the explosive 1991 confirmation hearings of Supreme Court Justice Clarence Thomas has come under fire from those involved in the proceedings, who have accused the film of being riddled with inaccuracies and anti-Republican bias. 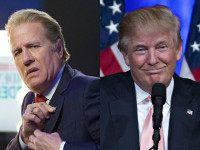 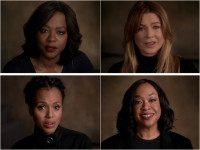 HBO has released an extended trailer for Confirmation, which stars Kerry Washington as Anita Hill. 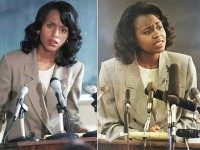