Demand for drive-in movie theaters is surging in several states, as more people seek out entertainment from the comfort of their vehicles in the wake of the deadly Chinese coronavirus.

What may be a mixture of coronavirus concerns and an appetite for nostalgia has caused pop-up drive-in movie theaters to appear in several states, including, Texas, New Jersey, Wisconsin, Georgia, New York and more.

“It’s been like when you have a big summer movie like Avengers or something like that come out, except that right now we’re playing movies that you can see at home,” said Andrew Thomas, the owner of Showboat drive-in theater in Houston, Texas, of his businesses’ recent “off the charts” popularity, according to a report by Houston Chronicle. 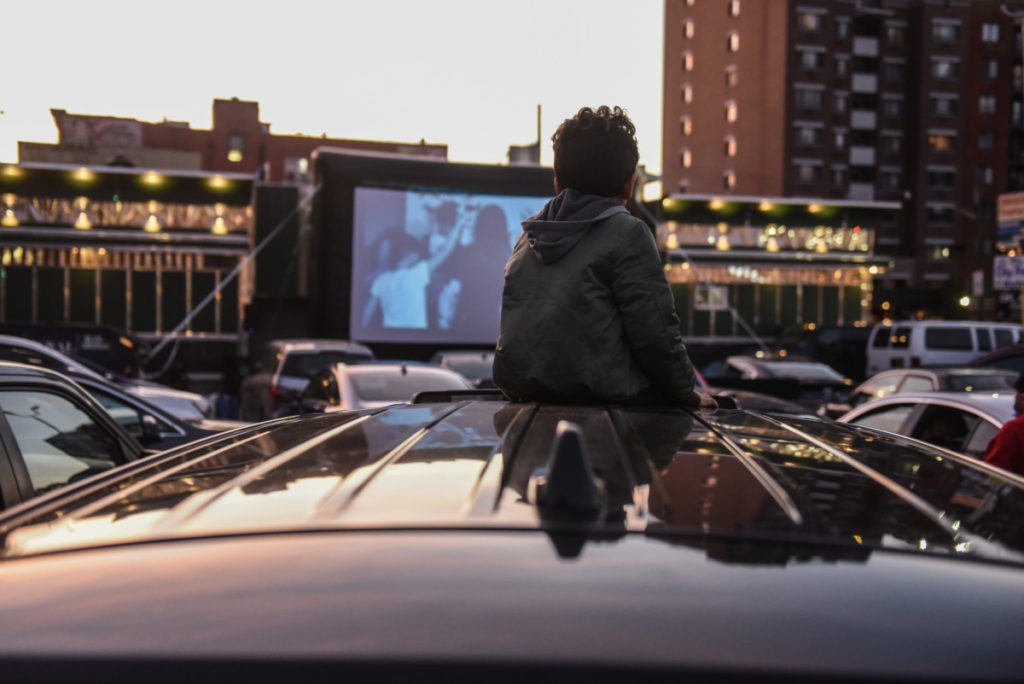 A child watches a movie from the sunroof of a car during a screening of a drive-in movie at the Bel Aire diner on May 20, 2020 in the Astoria neighborhood in the Queens borough in New York City. (Stephanie Keith/Getty Images)

The report added that Showboat was the Houston area’s only drive-in movie theater — until recently.

A similar situation is unfolding in New Jersey, as drive-in movie theaters are popping up across the state, according to a report by NJ.com.

Even Nantucket residents will have the nostalgic opportunity available to them, as the Dreamland Film & Cultural Center is the final steps of securing a location for a drive-in theater on the island in Massachusetts, according to a report by the Inquirer and Mirror. 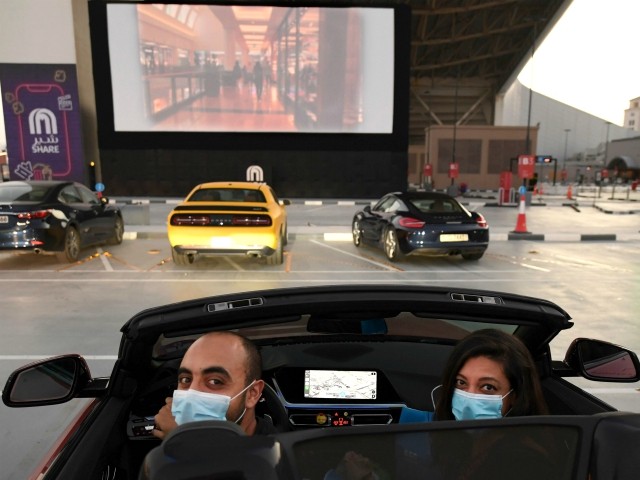 Passengers watch a movie from their car at a drive-in cinema outside the Mall of Emirates in Dubai on May 17, 2020, during the COVID-19 pandemic. (KARIM SAHIB/AFP via Getty Images)

In Franklin, Wisconsin — just outside of Milwaukee — a new drive-in theater called Milky Way Drive-In is set to open on Friday, according to a report by Milwaukee Journal Sentinel. Meanwhile, in Madison, Wisconsin, The Mallards celebrated opening night of the new drive-in theater at Warner Park with 100 cars parked in the outfield, reports 15 WMTV.

And in Atlanta, Georgia, residents are also enjoying the drive-in theater experience after the city’s Plaza Theater — Atlanta’s oldest operating cinema — has reopened as a temporarily transformed drive-in theater, according to Eater Atlanta. The report added that the new drive-in movie theater includes food delivered from local Atlanta restaurants.

Moreover, two new drive-in movie theaters are coming to Miami, Florida, this week. The first of the two drive-ins will be on May 22 at the Dezerland theme park in North Miami, with the second set to open up on May 24 in Miami Beach at the parking lot on Collins Avenue and 46th Street.