First Lady Melania Trump wished Americans a Merry Christmas, alongside President Trump, in a bold blazer that fits uniquely into her recent parade of black and white ensembles.

In front of the White House Christmas decorations, Melania Trump wished a Merry Christmas to the nation in an Alexander McQueen black and white blazer from the brand’s Pre-Fall 2020 Collection.

The blazer, which retails for about $1,400, is a twist on a classic blazer with its sharp, jutting white lapel that crosses over Mrs. Trump’s chest. Departing from her signature middle-part cascading waves, Mrs. Trump wore her hair in a side part and opted for her usual smokey eye makeup and glossed lips.

“[President Trump] & I send our warmest wishes to all as we celebrate Christmas. May the love we share with our family & friends fill our hearts with peace and joy,” Mrs. Trump wrote in a post online. 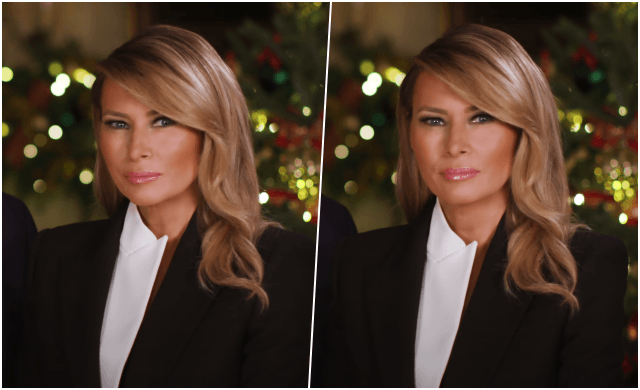 Mrs. Trump has chosen a slew of black and white looks in recent days. While arriving in Palm Beach, Florida for Christmas at the Trump’s Mar-a-Lago resort, Mrs. Trump wore a black and white polka dot sleeveless dress with ruching details by Rachel Roy, a friend of the First Lady. 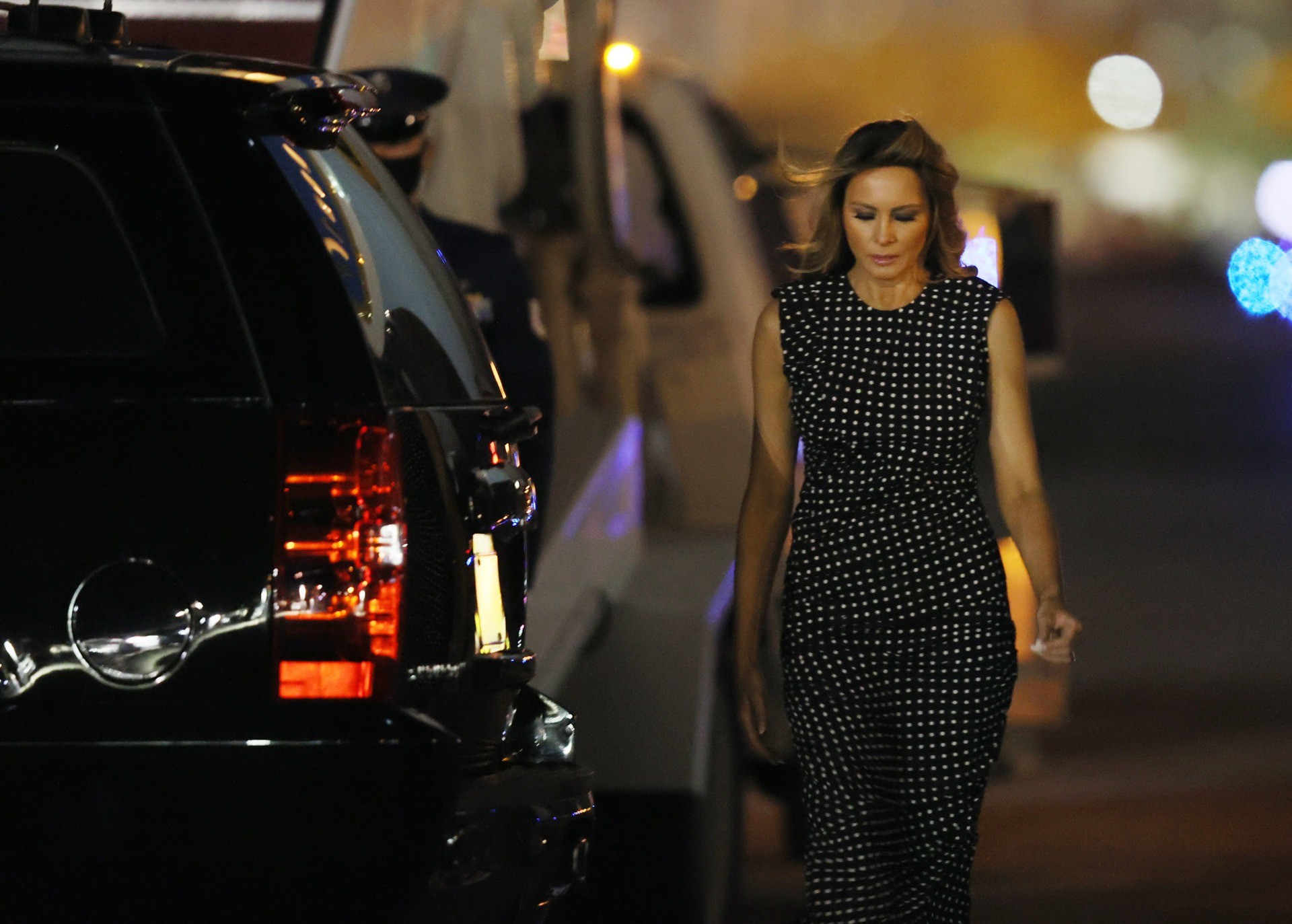 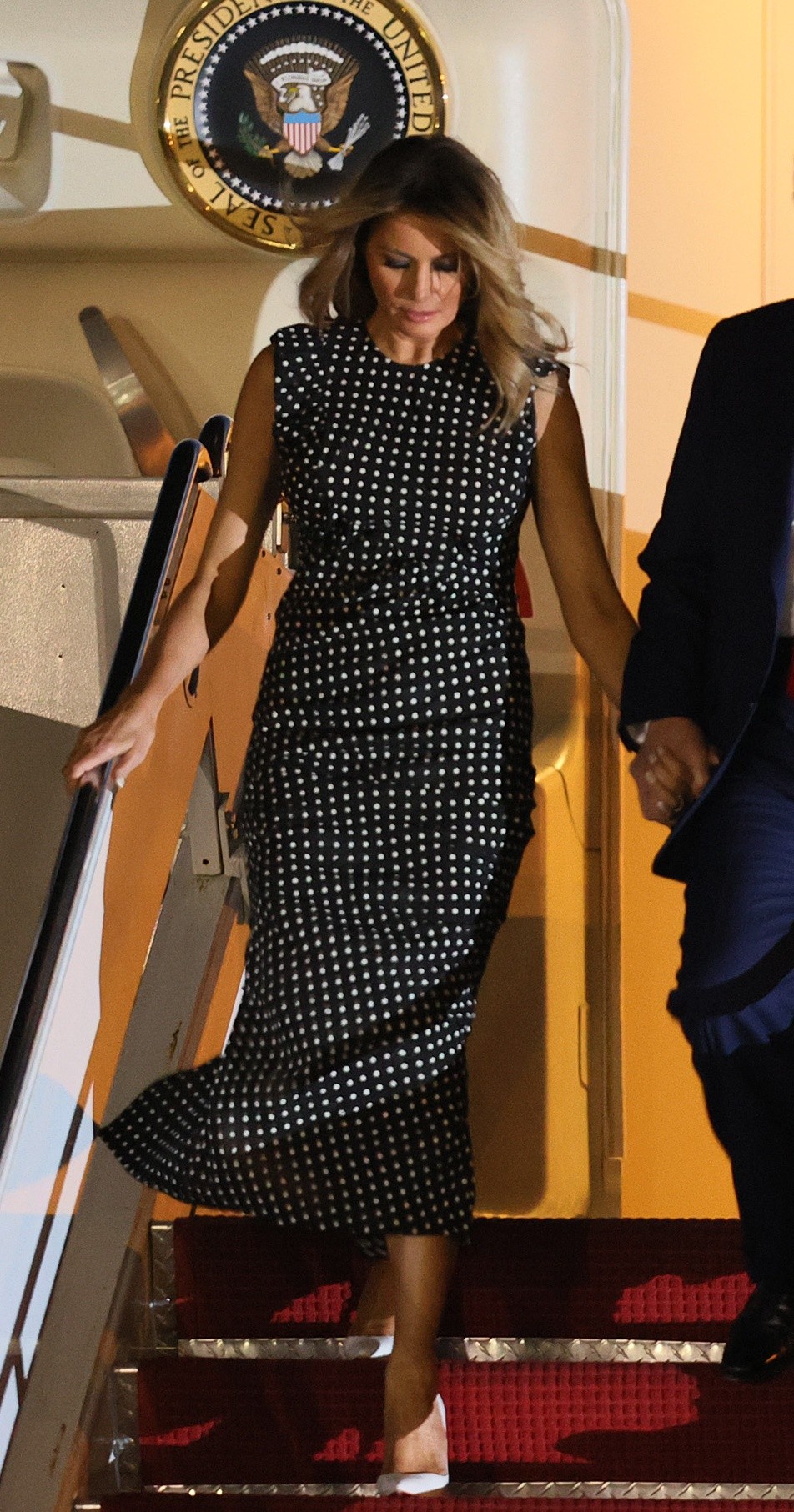 While departing the White House hours before, Mrs. Trump stepped out in an Azzedine Alaïa wool coat, as Breitbart News noted, and thigh-high black leather boots by Christian Louboutin as well as rectangular sunglasses similar to those by Balenciaga. 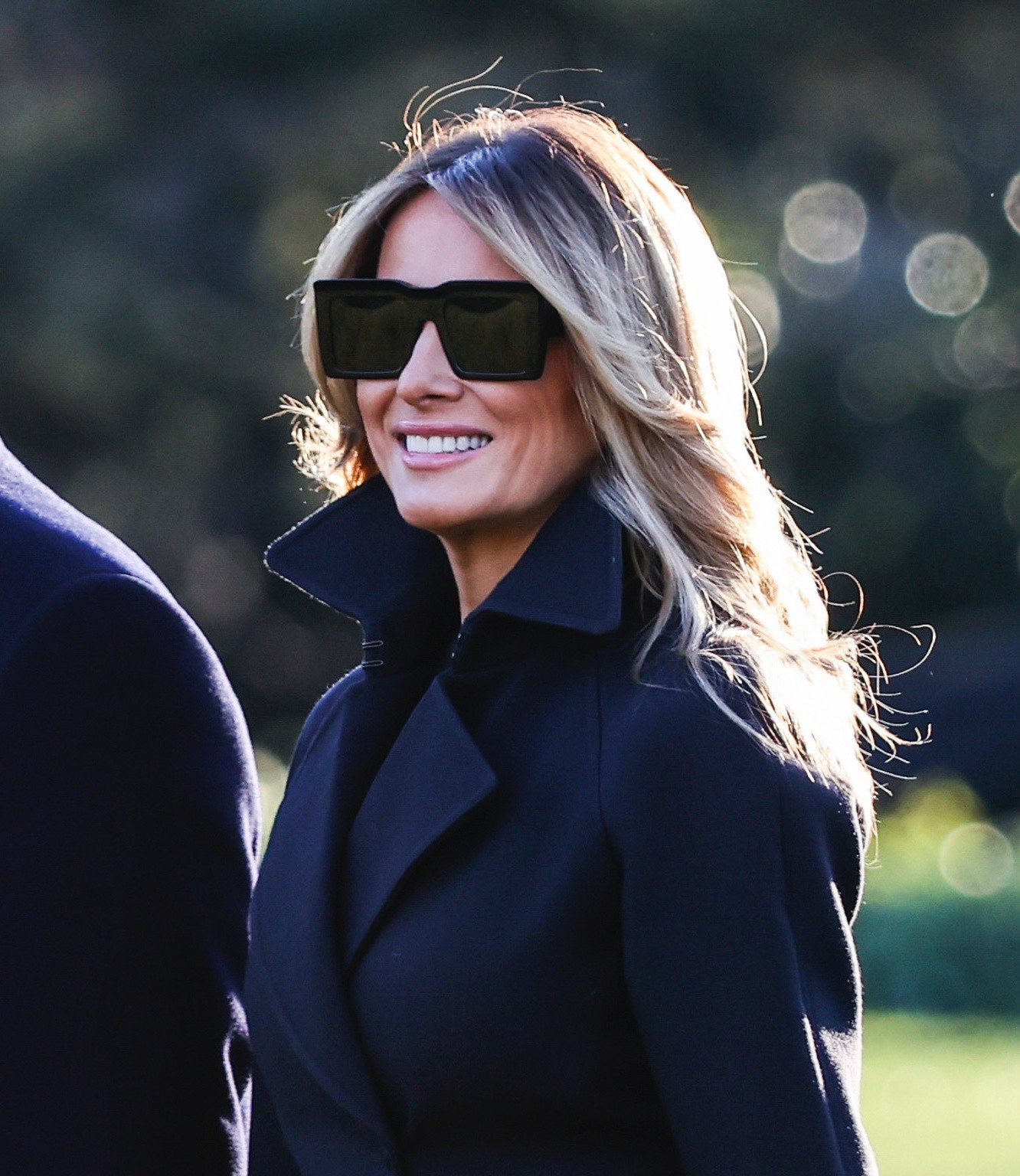 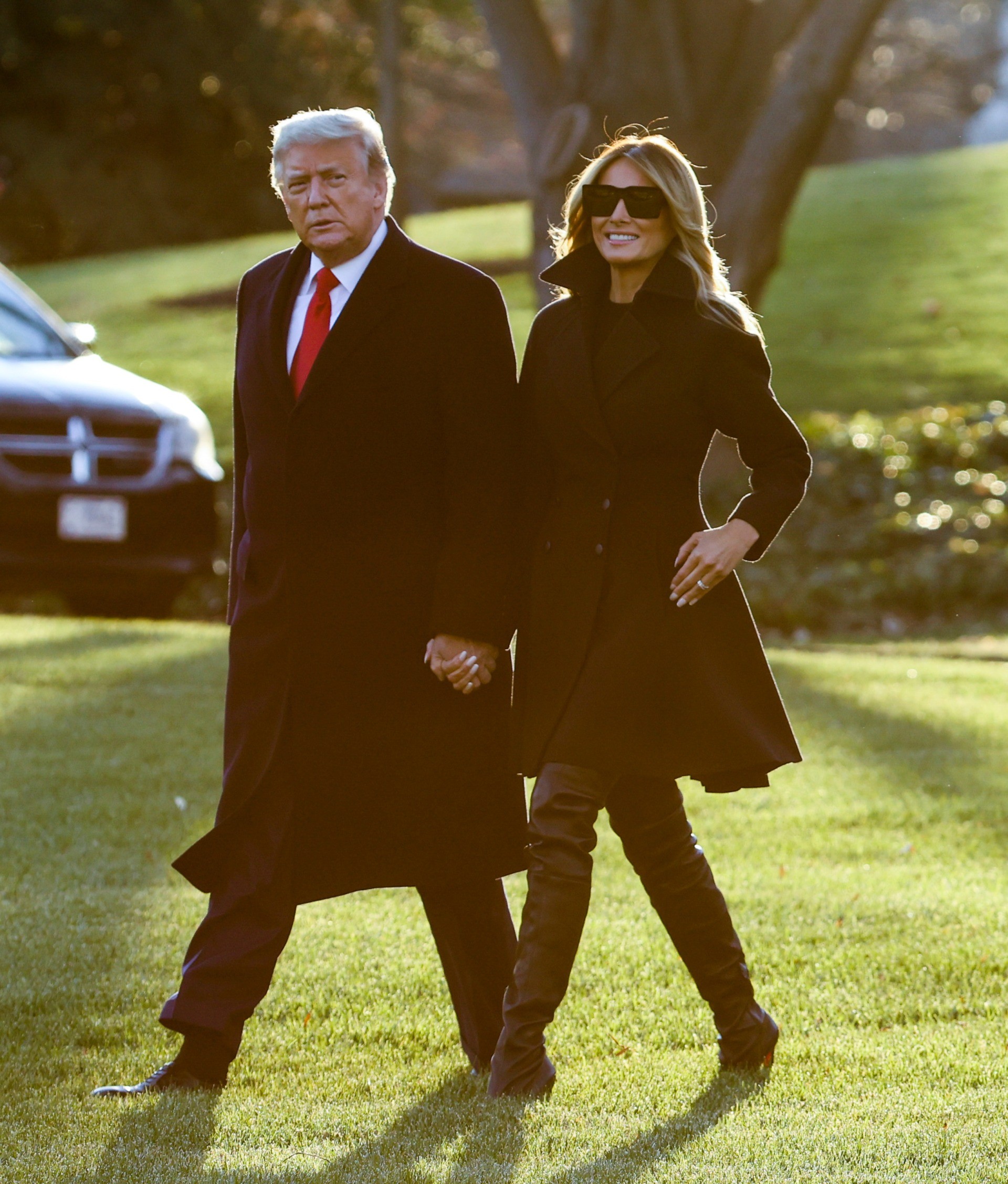 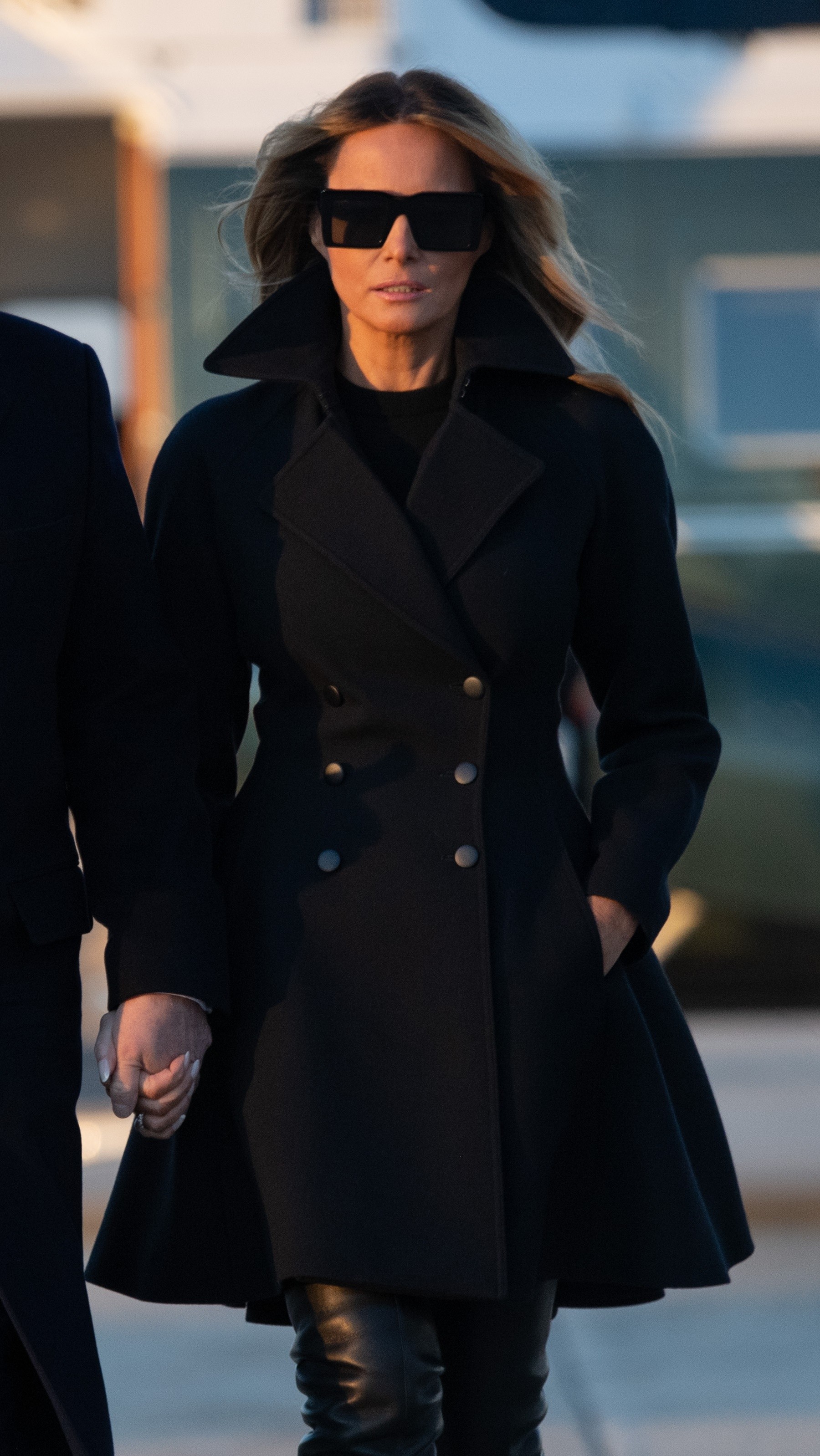