There remain more than 35.1 million Americans who are unemployed, out of the labor force, and underemployed, but all of whom want full-time jobs, showing no shortage of labor from which business can hire.

Spurred by the Chinese coronavirus crisis, nearly 18 million Americans were unemployed in the month of June, the latest Bureau of Labor Statistics report reveals. More than 23 percent of those unemployed are teenagers who want full-time, entry-level jobs, and 15.4 percent are black Americans. 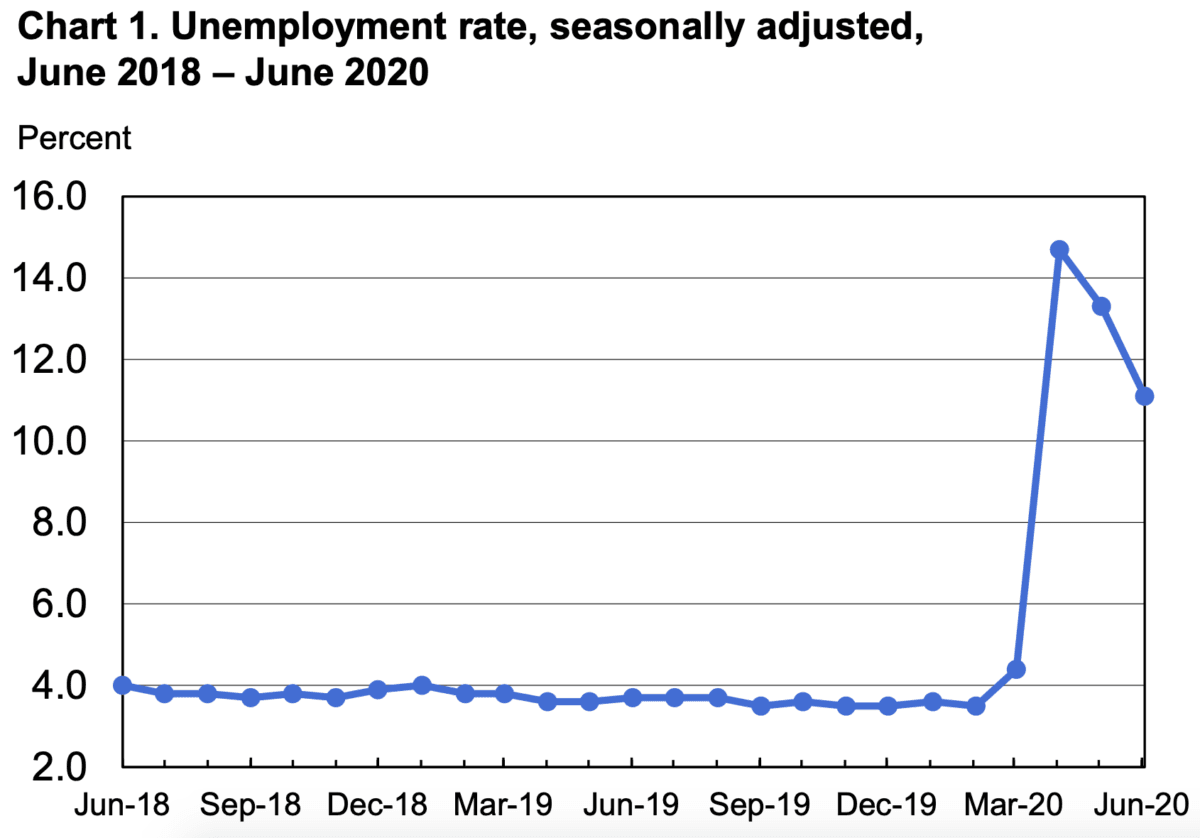 The number of workers who are completely out of the labor force has doubled since February. In June, about 8.2 million Americans were out of the labor force, but all want full-time jobs. Of those, more than 680,000 said they believed there are no jobs available for them in the current economic climate.

Americans who are employed part-time, but who want full-time work, remains at 9.1 million. Millions of these Americans had their full-time hours cut or were unable to find full-time jobs.

While President Trump has suspended a slew of visa programs to decrease foreign competition against unemployed Americans, the big business lobby, Big Tech CEOs, and the donor class have complained that the U.S. needs a constant flow of cheap, foreign labor for business to cull.

Americans, by a majority of 54 percent, are on Trump’s side — including the majority of black Americans. The latest Rasmussen Reports survey finds that about two-in-three black Americans believe there is no shortage of qualified, available Americans to take working and middle-class jobs.

Every year, the U.S. admits about 1.2 million legal immigrants on green cards to permanently resettle in the country. In addition, another 1.4 million foreign workers are admitted every year to take American jobs.