A terrorist asylum seeker who “executed” three men with a knife and wounded three others in a public park in Reading, England has received a rare whole-life sentence.

Killers and some sexual predators and armed robbers often receive “life” sentences in the United Kingdom, but the name is misleading, as very few are actually required to spend the rest of their lives in prison.

Indeed, the average time spent behind bars on a “life” sentence for murder is just 16.6 years, according to Full Fact — with some murderers being released in as little 3.6 years in recent times — with “life” merely meaning “life on parole” for the vast majority.

Not so for Khairi Saadallah, the Libyan migrant who has now been sentenced for a terrorist stabbing spree in 2020, and become one of just a few dozen killers in the British system to receive a so-called whole-life order. 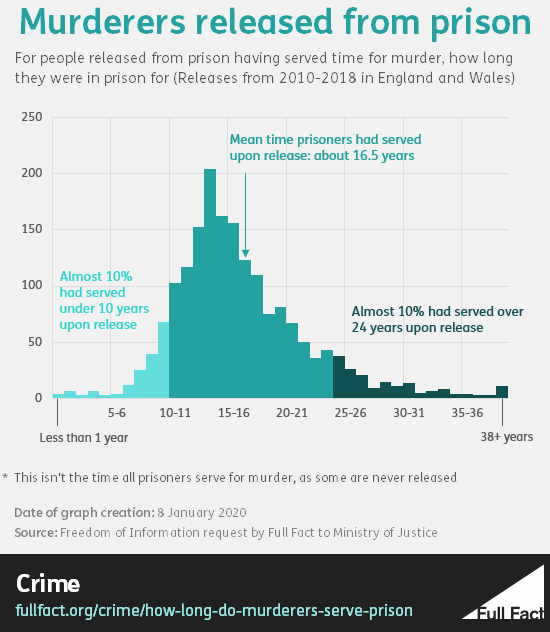 Saadallah, 26, murdered James Furlong, David Wails, and Joseph Ritchie-Bennett in Forbury Gardens, Reading, in the space of thirty seconds by delivering single, powerful knife blows to the backs of their heads, and attempted to murder another three men as well, leaving them with serious injuries.

The migrant, said to have screamed “Allahu Akbar!” and “God, accept my jihad” in Arabic by witnesses, was told he was  “a rare and exceptional case in which just punishment requires that you must be kept in prison for the rest of your life” by sentencing judge Mr Justice Sweeney.

There is some anger and confusion from members of the public and victims’ families with respect to the fact that Saadallah had been free to carry out his “act of religious jihad” in the first place, given he was barely out of prison for previous terror offences when he carried it out, and had been in contact with a probation officer and visited by police just one day prior.

Indeed, Saadallah has served four obviously short prison sentences and received seven convictions for 19 offences before his attack, raising questions for the Home Office and perhaps the courts as to why he was still in the country at all.

Judge Sweeney determined that the migrant had been trained by the Ansar al Sharia terrorist organisation in Libya, and lied about his links to it when he claimed asylum in Britain.

Over 100 Convicted Terrorists Set for Early Release in the UK https://t.co/G6T4kFAxOJ